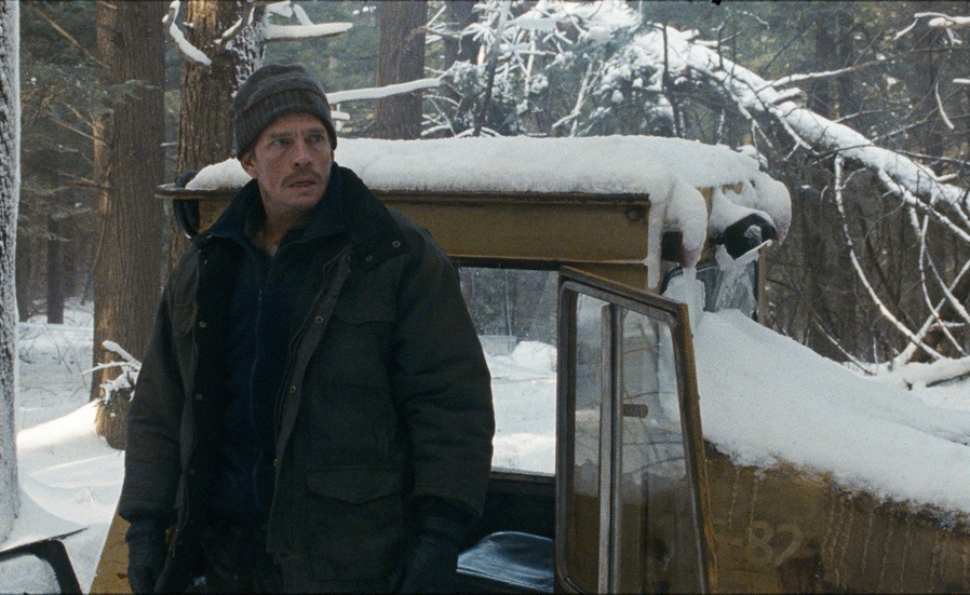 Thomas Haden Church never managed to capitalize on his big break. A decade ago, his seriocomic turn in Alexander Payne’s Sideways earned him an Oscar nomination and a great deal of attention, but all that led to, in terms of A-list opportunities, was the chance to play the Sandman in Spider-Man 3, a film so weak that it temporarily killed the franchise. He works steadily, but in recent years, only Killer Joe has given him much of a chance to shine, and that was as a small part of an ensemble. So it’s a pleasure to report that Church thoroughly dominates the Québécois quasi-thriller Whitewash, even though there isn’t much of a movie surrounding his remarkably cagey, practically solo performance. He has only one co-star of any significance, who’s seen in occasional flashbacks; mostly, it’s just a man, his mind, and the elements.

As the title suggests, Whitewash’s primary element is snow. Stumbling through a blizzard in the opening scene, a man (Marc Labrèche) gets mowed down by a snowplow driven by Bruce Landry (Church), who seems to have deliberately killed him. Neither character has been established in any way when this horrific event occurs, and at first, there’s no time for exposition—Bruce immediately buries the body in a snowdrift, then crashes his plow in the middle of a forest. The remainder of the movie alternates between present-tense scenes of Bruce struggling to stay alive without going home (where the police are looking for him) and flashbacks that gradually reveal the nature of his relationship with Paul, the man he killed. The two men turn out to have only just met, and the murder is complicated by the revelation that their initial meeting involved Bruce interrupting Paul’s suicide attempt, and inviting Paul to stay at his house.

That sounds potentially intriguing, but Emanuel Hoss-Desmarais—an actor making his writing-directing feature debut—demonstrates little facility for constructing individual scenes, either formally or dramatically. While there’s merit to his overall idea, once the various pieces finally snap into place, his rhythm is off; past and present collide haphazardly rather than fluidly, and it’s often difficult to tell, when the film cuts to Bruce in a new location, whether it’s jumped a significant ways backward, or just a tiny bit forward. Furthermore, while it’s refreshing to see backstory withheld for so long, Whitewash’s aggressively context-free first act demands arresting imagery to hold viewers’ attention, and Hoss-Desmarais somehow makes the desperate acts of a mysterious fugitive seem oddly humdrum. That’s eventually revealed to be very much by design, but it doesn’t retroactively make all the impassive inaction any less enervating.

What keeps Whitewash interesting is Church’s doggedly restrained yet increasingly bizarre performance, which in some ways recalls the slow mental disintegration Catherine Deneuve undergoes in Roman Polanski’s Repulsion (minus the psychosexual aspect). Bruce spends much of the film alone in the woods, but he still talks a lot—not to himself, but apparently to the police officers he expects to interrogate him in the near future. His interactions with other people, when he heads into town for food and other supplies, are hilariously strained, and while a flashback eventually explains the murder, it doesn’t really explain Bruce’s behavior, which is inexplicably human enough for an Edgar Allan Poe tale. Poe’s best work was short, though, and Church’s indelible character study can only carry this wan, skeletal picture so far. It might get him noticed again, though, should the right people see it.