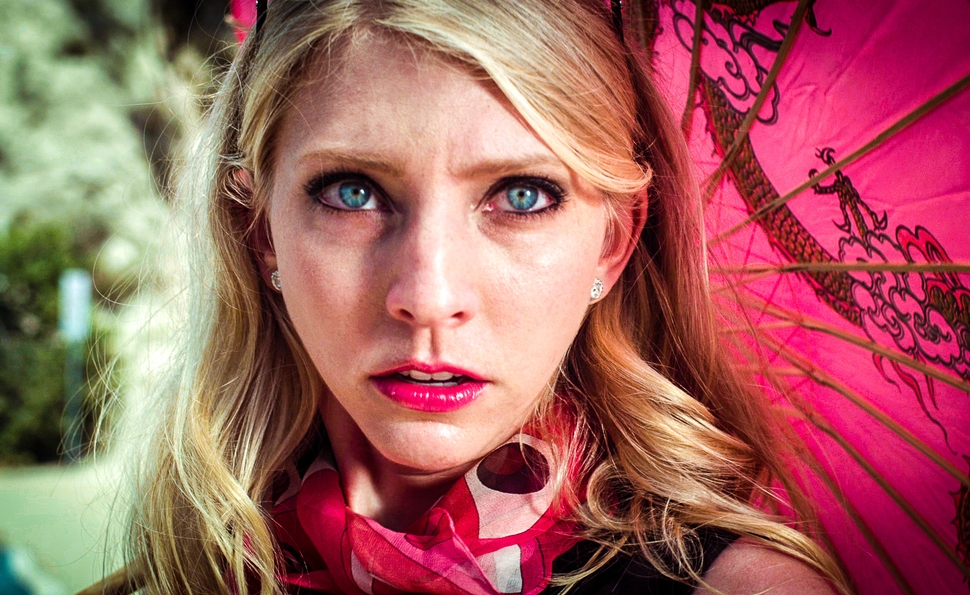 The transformative power of new technology can surely be fodder for a good movie. Who is the antagonist in Barry Levinson’s great Avalon, if not the television set? But Sarah Smick’s Friended To Death is no Avalon. Hell, it’s no Denise Calls Up, the 1995 indie about the intrusive nature of cell phones. It’s a wafer-thin, poorly plotted, insufferable comedy about a jerky guy who’s swapped actual human interaction for Facebook likes. People like this exist, and their stories should be told, but it would be wise to scroll past this version.

Bike-riding traffic cop Michael Harris (Ryan Hansen) can’t go 15 minutes without making a snarky status update. He delights in issuing citations while hurling mockery at his cleaning woman, his co-workers, even the scattered grievers at a poorly attended funeral. When he discovers (via Facebook) that the guy he thought was his best friend threw a party without him, he questions whether anyone would care if he just disappeared. After bullying a timid co-worker for his social-media passwords, Michael fakes his own death. Complications ensue.

Hansen, best known from Veronica Mars and Party Down, does the best he can with this inept scenario. Hansen’s clueless and obnoxious routine isn’t quite at Danny McBride’s level—McBride is truly the Michelangelo sculpture made from this brand of dickish clay—but with a dorky mustache and broad facial expressions, he’s able to wring out his share of laughs. OMG and WTF are just the tip of Michael’s acronym iceberg, and his “speaking in text” grows increasingly humorous with each absurd permutation, even though it’s such an easy joke. And with so much of this tale set tapping at a computer, Smick makes good comic use of short lenses when filming him.

Unfortunately, Hansen is laps ahead of his castmates. Shameless’ Zach McGowan plays the ex-friend whose cyber-dis inspires the fake death, and he and his new bro-mate, played by co-screenwriter Ian Michaels, are entirely devoid of comedy chops. Their repartee of running gags is excruciating, as are the inane Roadrunner-and-Coyote-esque scenarios they enter as they attempt to uncover the truth about Michael’s claim. Worse, though, is a shoehorned-in blackmail plot, in which Smick plays an angry, wide-eyed lunatic. Her histrionic line delivery is so mirthless, she’s forced to rely on post-production sound design gags as a crutch. (A Bernard Herrmann-esque “reep! reep! reep!” to imply mental instability. How novel.)

What little momentum the movie has builds toward Michael’s Tom Sawyer funeral, which comes and goes with no story resolution. There’s a little more running around until the film arrives at what everyone wants from a shoddily produced low-budget comedy: unprovoked, maudlin backstory.

Apart from quick appearances from some classic “that guy” character actors (Robert Shafer and Richard Riehle, both always welcome), the only value in Friended To Death is to answer a morbid question: How many minutes can a talented comedic actor like Hansen spend wriggling on the end of a rope until he finally suffocates? The final number is open to debate, but all will agree it’s less than 94, Friended To Death’s running time.