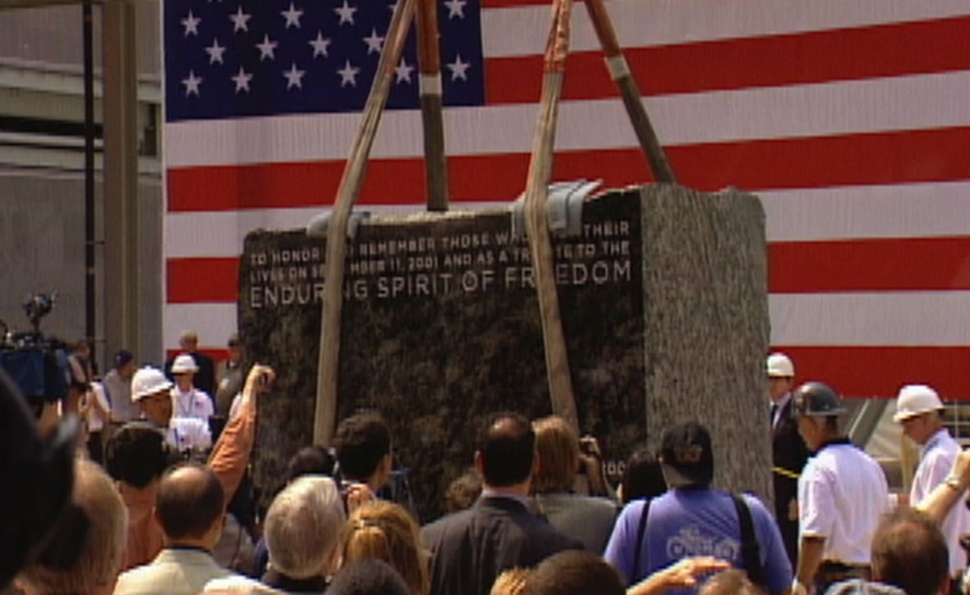 16 Acres doesn’t feature any images of the flames that burst out of the Twin Towers on September 11, 2001. Director Richard Hankin also doesn’t show the familiar but no less horrifying footage of two Boeing 767s slamming into the World Trade Center’s matching 110-story skyscrapers, or of stunned New Yorkers looking upward, unable to process why or how those holes got punched in the Manhattan skyline.

16 Acres is a 9/11 documentary, but not that kind of 9/11 documentary. Instead of focusing on the shock and sorrow that immediately followed the attacks, it explores the stew of hope, frustration, ambition, and PR spin-cycling involved in the decade-plus effort to rebuild what terrorists so quickly tore down. September 11 may have been the day the world changed, but it’s remarkable how quickly the world returned to politics as usual in the weeks that followed.

Hankin—who previously directed the 2006 documentary Home Front, about a wounded Iraq War veteran attempting to readjust to existence on U.S. soil—tells his story by stitching together archival footage, old TV newscasts, and dozens of interviews with key participants in the reinvention of Ground Zero, from developers to architects to politicians like former New York Governor George Pataki and Mayor Michael Bloomberg. Visually, the film is dominated by the standard tight, talking-head shots that characterize most contemporary documentaries. It’s fair to say 16 Acres won’t exactly be remembered for its stunning cinematography. But as a historical record of the arduous, contentious process involved in redeveloping a 16-acre site that became a gaping symbol of an entire nation’s rage and grief, it’s a necessary, illuminating reminder that post-tragedy renewal can be messy—and ultimately, life-affirming.

New Yorkers and anyone else who closely followed the slow progress of the Trade Center’s reconstruction will recall many of the episodes covered in 16 Acres: the public forums where citizens expressed wildly different, equally impassioned opinions (“How can you build on sacred ground?” asks a choked-up woman at one such forum, while a man insists on newly erected towers that “must be at least 111 stories tall”); World Trade Center developer Larry Silverstein battling over the amount of insurance money he was owed following the towers’ collapse; the jockeying between architects, all with their own ideas about how best to make a bold statement in the air above lower Manhattan; and, of course, the absence of anything actually getting done.

“Whenever the press would start ranting and raving about the lack of progress,” says Roland Betts, former board member of the Lower Manhattan Development Corporation, “there would be another ceremony.” Indeed, the central setpiece in 16 Acres is the 2004 cornerstone ceremony where Pataki stood at a podium and waxed poetic about a pointless slab of granite being set down where the then-dubbed Freedom Tower would eventually begin construction. That construction didn’t begin until nearly two years later, and the cornerstone was eventually quietly removed from the site. (The movie’s epilogue says the inscribed “tribute to the enduring spirit of freedom” now sits behind the headquarters of the Long Island company that designed it.)

While the events of 16 Acres occasionally make some of the players in this redevelopment drama—most notably, per the above, Pataki—look silly, Hankin refrains from casting anyone as a clear-cut hero or villain. While the film makes it clear that politics, money, and ego drive much of the infighting, the tone is one of fair balance, and the conclusion is that compromise can be reached. While Michael Arad, designer of the 9/11 Memorial, and Rosaleen Tallon, whose firefighter brother died on 9/11, hold initially conflicting opinions about how the memorial should look, when they arrive at its unveiling, both seem pleased and humbled by the final product.

16 Acres has screened in some theaters and at festivals over the past two years, but comes to DVD and VOD at a time when the acres referenced in its title are being more fully reborn. The National September 11 Memorial Museum is scheduled to open next month, while One World Trade Center—the 1776-foot-tall skyscraper formerly known as Freedom Tower—is expected to welcome its first tenants later in 2014. As this documentary demonstrates, the road to reach that point was long, tumultuous, sometimes painful, and often political. But as architecture critic Philip Nobel notes in 16 Acres, perhaps that was the only way Manhattan could recover from 9/11: “New York healed its wounds with more New York.”