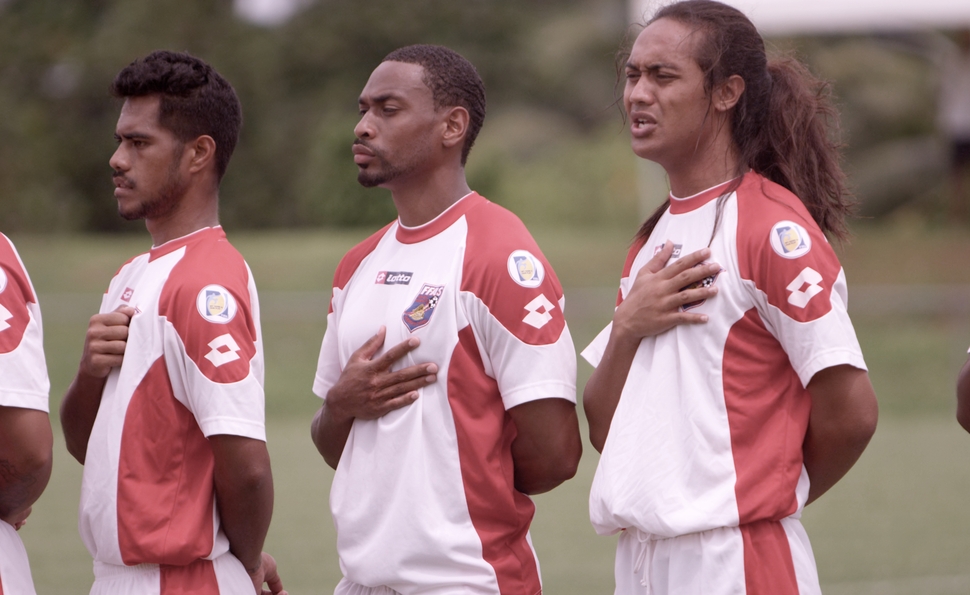 On April 11, 2001, the Australian national soccer team, “the Socceroos,” made history by shellacking American Samoa 31 to 0, the worst defeat ever in international play. Ranked dead last in the FIFA world rankings, American Samoa followed the loss with 10 more years of winless futility on top of the seven years the team piled up prior to it. Even against the soft competition in the Oceania Football Confederation, composed mainly of small Pacific island nations like Tonga, New Caledonia, and Papua New Guinea, American Samoa struggled to field a team with the athleticism, conditioning, and skill to play at the highest level. Apart from being a tiny (pop. 55,000), impoverished nation with scant resources and infrastructure for soccer, many of its potential players are inclined to join the U.S. military after high school, and the few who stick around are often busy scrambling for jobs.

The glossy but effective inspirational documentary Next Goal Wins visits the American Samoa team in 2011, as it prepares for its best shot at climbing up from the depths. Eager for a chance to manage a team—any team—competing for World Cup qualification, Dutchman Thomas Rongen, a U.S. Federation coach with experience in Major League Soccer, was the only serious applicant for the job. When he arrives, Rongen’s fiery temperament stands in stark contrast to the island’s more casual vibe, and it seems at first that his coaching style is uniquely ill-suited to a team that isn’t accustomed to such treatment. There’s always the danger of squads on any kind of losing streak, much less a losing streak of this magnitude, to lose what little remains of their self-confidence. But the American Samoans share a deep religious faith and a self-proclaimed “warrior” spirit, and they slowly respond to Rongen’s teachings—and Rongen to theirs.

British directors Mike Brett and Steve Jamison package Next Goal Wins as a slick, attractive underdog sports movie, but this may be a rare case where reality suits the formula. Though Rongen recruits a couple of key position players with American Samoan roots to fill out the roster, it’s nonetheless touching to watch the coach and his ragtag team split their differences: The players get harder, the coach gets softer. It also helps that Brett and Jamison have a couple of other big personalities to round out their own lineup, namely Nicky Salapu, the veteran goaltender who gave up those 31 goals against Australia and is returning for one last shot at redemption, and Jaiyah Saelua, a defender who becomes the first transgender player ever to start an international match.

All roads lead to the three-match World Cup qualifiers in neighboring Samoa, a country that would be a natural rival if American Samoa didn’t lose to them every single time. Brett and Jamison are smart to pick up the story where they do, when the team has its best chance to make an impact—even if it means just scoring a goal—but the uplift is intensified by the impression that the real victories happen before the Rongen and the players ever arrive. Next Goal Wins could stand to go deeper into game strategy, or local customs and living conditions, or any number of personal stories, but the victories it does achieve are enormously satisfying. It’s a moving testament to that old sport adage: It’s not whether you win or lose, but how you play the game. (Though winning is nice.)