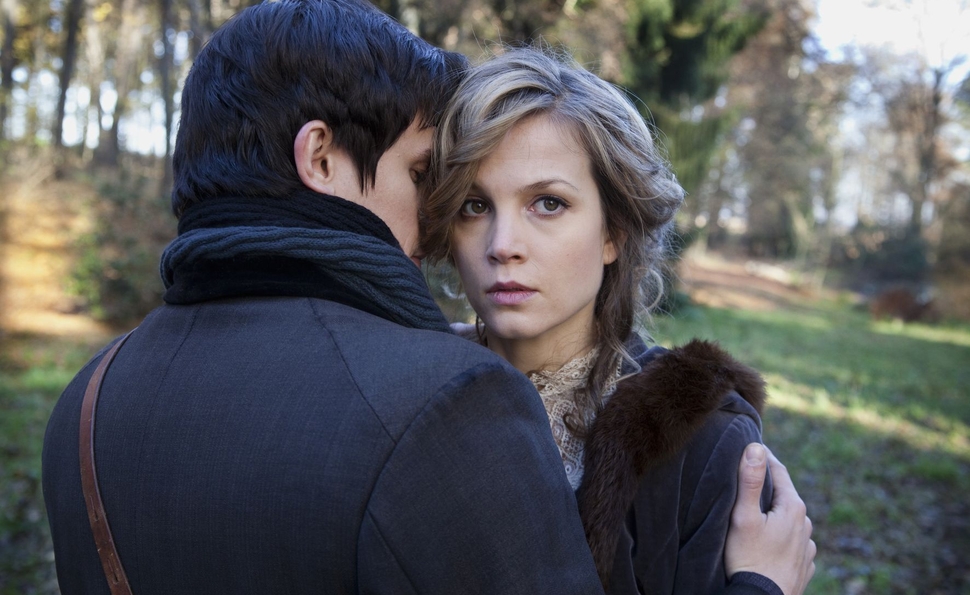 The Girl And Death

The East German hotel that houses the events of The Girl And Death ain’t quite the Grand Budapest, but it’s similarly resonant as a symbol of decline and decay. Jos Stelling’s film introduces its central location in a state of dim, leaky disrepair, then flashes back to its sun-dappled glory days at the turn of the 20th century, a time-shifting move that turns this Dutch/German/Russian co-production into a landlocked version of Titanic.

The Leo in this equation is Nicolai (Leonid Bichevin), a fresh medical student heading to Paris to begin his career. Briefly waylaid in Leipzig, he falls hard for Elise (Sylvia Hoeks), the comeliest of the courtesans who supply the hotel with sources of ancillary income. Elise is basically the property of the malevolent, wizened aristocrat who owns the place (Dieter Hallervorden), so at first, Nicolai has to settle for hidden smiles and furtive glances—his only possible interactions with a kept woman. As the days pass, the two would-be lovers grow a bit bolder, but their affections are beyond star-crossed: This hotel, with its brutal embedded hierarchy of high-rollers on top, is like a black hole sucking up everything good and pure in this world.

In outline, The Girl And Death is chest-heaving stuff: Boy meets girl, boy can’t get girl, boy gets the crap kicked out of him for his efforts, girl starts to look a little green around the gills. (Cough cough, hint hint.) But as directed by Stelling, The Girl And Death doesn’t sweep so much as drag; after an impressively grave opening sequence, the pacing crosses over from stately to funereal. Putting repressed emotions onscreen is a difficult trick, and in a way, The Girl And Death succeeds too well: Its characters are so good at holding things in that bone-deep sorrow becomes indistinguishable from mild irritation.

It’s hard to blame the actors for what are clearly a director’s austerity measures, but neither Bichevin nor Hoeks make much of an impression beyond their respective physical beauty. The best performer is probably Renata Litvinova as Elise’s friend Nina, who has more idiosyncratic personality than her role as a go-between and confidant would seem to allow; she has a warm and welcome presence. At the other end of the spectrum, Hallervorden’s count is a ruling-class caricature out of Stanley Kubrick, and Stelling is clearly trying to evoke Barry Lyndon in some impeccably lit scenes of high-stakes games playing.

The problem with this sort of allusion is that it points out the superiority of the source being cited; the more The Girl And Death tries to beef up its cultural bonafides, the more derivative it seems. There’s a difference between elemental melodrama and superficial clichés, and gorgeous cinematography and period production design can only delay this recognizance for so long—and certainly not for two grueling hours.