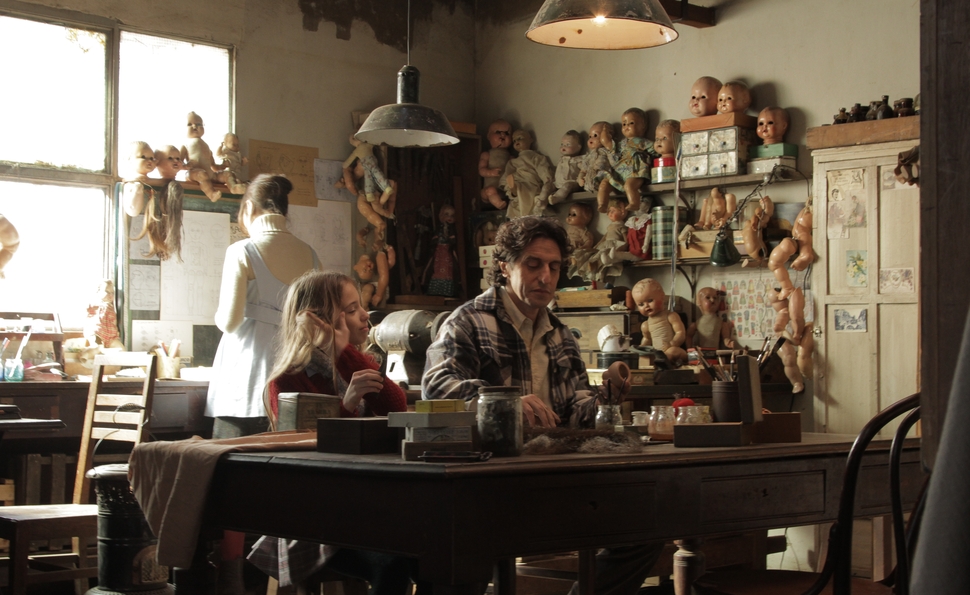 Quick, name a German doctor. Odds are, that’s the correct answer, but here’s another clue: The year is 1960, and this particular German doctor lives in South America, and demonstrates a pronounced interest in racial purity and experiments involving twins. For some reason, Argentine filmmaker Lucía Puenzo (XXY), who adapted the film The German Doctor from her own novel—both were originally called Wakolda, the name of a child’s doll—has chosen to be pointlessly coy about the identity of her antagonist, who couldn’t more obviously be Josef Mengele if he were wearing a swastika armband and a nametag. On the other hand, some measure of suspense about who this creepy physician might be is all The German Doctor has going for it, since it explores a period of Mengele’s life notable primarily for its uneventfulness. Puenzo has invented a story involving a Patagonian family with whom Mengele becomes entwined, but onscreen, at least, it comes across as little more than a tacky, surprisingly humdrum what-if? scenario.

It helps a bit that the tale is told from the perspective of naïve 12-year-old girl Lilith (Florencia Bado). Lilith’s growth was stunted due to her premature birth, making her look several years younger than she is; Mengele (Àlex Brendemühl), who’s using an alias, meets her by chance and takes a keen interest, observing in his notebook that her diminutive size is the only flaw in an otherwise perfect Aryan figure. For this reason, perhaps, Mengele moves into the hotel run by Lilith’s parents, persuading her mother (Natalia Oreiro) to let him give her hormone treatments—a secret they carefully keep from her father (Diego Peretti), who’d be upset about it even without knowing who’s messing with his daughter’s health. Mom also happens to be pregnant with twins, and Mengele, pressing his ear to her swollen tummy to hear their two heartbeats, clearly has to work hard to stifle a sinister grin. He’ll have to work fast, though, as the Mossad has just captured Adolf Eichmann, and one of their agents (Elena Roger) is hot on his trail.

Since Mengele was never apprehended—he drowned in Brazil in 1979, nearly two decades after The German Doctor ends—it’s difficult for Puenzo to quicken pulses with suggestions that he might be caught at any moment. Nor does his presence in Lilith’s life seem to change her in any significant way, apart from making her a few centimeters taller. A closing caption grimly notes that Mengele continued experimenting on twins for the rest of his life, but his experiments in this film seem mostly benign—giving one infant two tablespoons of water and one tablespoon of milk, for example, and the other infant two tablespoons of milk and one tablespoon of water. Given that the man, during his stint in Auschwitz, reportedly amputated limbs for no reason and sewed children together in an attempt to create his own conjoined twins, varying baby-formula mixes ranks extremely low on the list of his crimes against humanity. There’s just not much of real import in this quasi-historical semi-thriller. It uses Mengele as a mystery to be solved, then makes him a flaccid bogeyman, but never finds a good reason to observe him in exile.