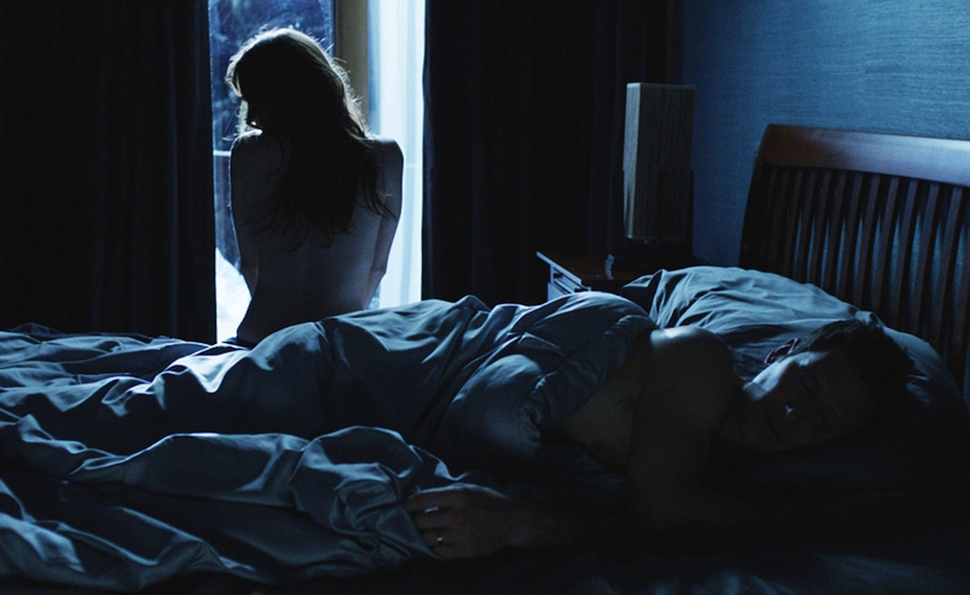 There’s always been an element of kind cruelty to Joss Whedon’s TV creations: His series Buffy The Vampire Slayer, Angel, Dollhouse, and Firefly all actively denied fans what they most wanted, in service of a story he knew they’d enjoy more, and stick with longer, because of the tension of denial. Over and over, his shows set fans up with a rooting interest in romances that stubbornly didn’t happen, or happened and then fell apart. In the process, he built a dedicated following of people who knew his shows would tease and deny them, but that the denial would be sweeter than being handed easy resolutions. And even when he did give fans what their lizard brains wanted—as with The Avengers, an epic exercise in sustained, film-length fan gratification—it generally only came after enough withholding to make the victory feel earned.

One of the many issues with Whedon’s latest project, In Your Eyes, is that its victories barely feel withheld or earned. Whedon scripted and produced the film through his company, Bellwether Pictures—it’s the studio’s second feature, after Whedon’s Much Ado About Nothing—and put it in the hands of workmanlike director Brin Hill, who brings a luminescent, sentimental softness to the film, but little personal distinction. Whedon’s script is similarly soft: It bucks his usual storytelling pattern by showing the audience something to want, then giving it to them unstintingly, and only with the briefest and most artificial of barriers. It’s a pattern entirely familiar from standard-issue modern rom-coms, which In Your Eyes unfortunately resembles in virtually every respect.

Ruby Sparks writer-star Zoe Kazan stars as anxiety-riddled New Hampshire housewife Rebecca Porter; Cloverfield star Michael Stahl-David is her counterpart, scruffy New Mexico ex-con and former B&E artist Dylan Kershaw. For reasons never explained or even significantly questioned, Rebecca and Dylan grow up with a psychic connection strong enough to knock one of them out when the other sleds into a tree, and deep enough to sideline one of them for a month when the other falls into severe depression. They’re both adults at the point where the connection (again, for unexplored reasons) suddenly comes into focus such that they can talk to each other, and even voluntarily see through each other’s eyes. Initially both afraid they’re going crazy, they come to terms with the situation surprisingly quickly, with a shrug that seems not so much telling about their characters as indicative of the film’s rush-it-along philosophy. Soon, they’re long-distance best friends, sharing their daily lives in vast detail, and finding that the constant friendly companionship fills in gaps they were both aware of, but too mired in their respective flaws and routines to fill on their own. But they each have problems: Dylan’s criminal friends want him for another heist, while Rebecca is married to hyper-controlling, emotionally abusive doctor Phillip Porter (Mark Feuerstein), whom she sticks with out of a muddled mixture of love, fear, guilt, and indebtedness.

There’s a potentially rich and complicated story in Rebecca’s relationship with Phillip, whose dominance simultaneously represents self-destruction and a kind of childish safety from choice or responsibility. But the film glosses over their ties in a monologue, then barely gives them a second thought. Similarly, there’s an apt modern parallel buried in the leads’ psychic connection, which mirrors how the Internet can create intense emotional affairs between people who’ve never met. But where Her set a recent standard for exploring modern connectivity via a highly specific plot, Rebecca and Dylan’s connection is vaguely realized plot-convenience magic, more like the fuzzy, wistful feel-good romanticism of Sleepless In Seattle than an open-eyed meditation on the real world.

It’s hard to believe In Your Eyes is a Whedon project at all. He’s known for sudden reversals and jaw-drop moments, but In Your Eyes is twist-free and frustratingly straightforward. He’s similarly known for clever genre commentary and deconstruction, but the film is painfully literal, with no sense of self-awareness or self-examination. And given Whedon’s usual focus on female empowerment and defying gender clichés, it’s depressing how much of In Your Eyes falls into the most rote stereotypes. Dylan helps Rebecca fix her truck; she advises him about cooking. Rebecca tries to get Dylan to open up emotionally; then she turns into a helpless Disney princess, awaiting his rescue.

The film only reaches familiar Whedon grounds when Rebecca and Dylan get to bantering. Stahl-David is particularly adept with the rakish, self-effacing charm that makes Whedon’s highly crafted, playful verbal sparring sound natural and appealing. Kazan brings in the combination of vulnerability, winsomeness, frankness, and weirdness that usually requires critical levels of Amy Acker. When their characters initially fall into a coy but engaged routine of sharing, feeling each other out, and reflexively flirting, their relationship seems like the most natural and appealing thing in the world, and the film around them falls away. It’s enough of a wish-fulfillment scenario to make everyone in the audience yearn for such a dedicated soulmate. It’s the kind of appeal to emotion, and promise of emotional gratification, that made Whedon a superstar. But as the film rockets toward a foregone conclusion, the gratification comes so thoughtlessly that it feels meaningless. In Your Eyes isn’t a terrible film, it’s just familiar, unchallenging, and generic. Whedon has always specialized in doing the unexpected, but in this case, he’s produced something that’s mostly unexpected in its sheer anonymity.

(After premiering at the Tribeca Film Festival, In Your Eyes immediately became available on VOD. It can be watched here.)