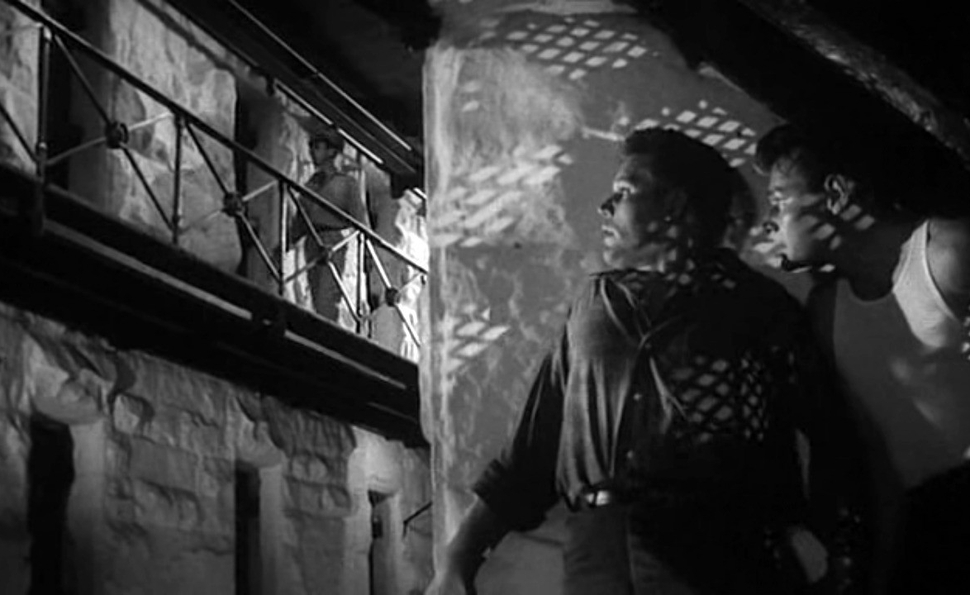 “My ‘research’ for Riot In Cell Block 11, which I have just produced, began one hot summer night in 1952 when a cell door clanged shut behind me in Los Angeles County Jail,” producer Walter Wanger wrote in a 1954 piece for Look magazine, reprinted in the film’s Criterion-edition booklet. Wanger served time, first in the aforementioned jail, then later on a short stint in a California minimum-security prison, euphemistically known as an “honor farm,” after shooting and wounding his wife’s agent. Yet even without this first-hand experience, there’s a chance the issues-oriented producer might have landed on Riot as a project. Having already used Alfred Hitchcock’s Foreign Correspondent to help beat the drum to get America involved in the war effort in 1940, Wanger had an eye for using the issues of the day for film fodder, and in the wake of a 1952 prison riot at Michigan’s Jackson State Prison, the subject of prison conditions and prison revolts were much in the air.

It’s possible, however, that Riot In Cell Block 11 would have turned out much differently without Wanger’s time behind bars. On the DVD/Blu-ray’s commentary track, film historian Matthew Bernstein points out the many ways it’s different from other prison films: There is no love interest (or, for that matter, any women on screen); both prisoners and officials are depicted with considerable shading, with an emphasis on their individual personalities; and when the film turns to talk of reform, it lays the blame not on a few bad apples, or even ineffective politicians, but the indifference of viewers watching the film. Wanger wanted to put viewers in the middle of situation that would make that sort of indifference impossible—as he had been, however briefly.

To that end, he made one savvy choice after another. Blacklisted screenwriter Richard Collins filled his script, directly inspired by the Jackson incident, with characters on both sides of the law who aren’t so much bad as exhausted, driven to their wits’ end by the prison system. They’re brought to life by a cast without the distraction of big-name stars, though the film’s success helped propel a number of character actors’ careers. Looking like an imposing hunk of unfinished clay, Neville Brand plays James Dunn, the leader of the riot. He’s simultaneously dangerous and savvy, turning to a gentle ex-military officer known as The Colonel (Robert Osterloh) to draft his demands, preening before the press to give the riot a public face, and dealing brutally with dissent. He’s a pussycat, however, compared to Crazy Mike Carnie (Leo Gordon), whom everyone refers to as a psychopath, and believes too dangerous to be housed among other prisoners. That these men—some in need of psychological care, others with no business being around violent offenders—have little in common but become a united force when denied basic human rights is a point Riot In Cell Block 11 makes explicitly. But it doesn’t really have to spell it out. When in isolation, the film treats its characters as individuals. Together, they have the force of a mob, and they begin tearing the prison apart at the first opportunity.

Two other key elements make the film, however: director Don Siegel and the setting itself. Siegel later referred to Riot In Cell Block 11 as his breakthrough film, and it’s easy to see why. Shooting fast and loose, he gives the film a documentary immediacy, even opening with a context-providing newsreel sequence. Long takes capture the tedium of prison both before and after the riot, which leaves the prisoners with several guards they use as hostages, and bargaining chips in a tense series of negotiations. Violence, when it erupts, is fast and shocking, whether it’s Dunn’s takedown of a fellow prisoner, or the state police’s attempts to squelch a second uprising. Siegel makes the most of a remarkable location, too, largely shooting the film at California’s Folsom Prison. (Siegel completed his tour of famed California penal institutions with Escape From Alcatraz late in his career.) A long-unused portion of the facility subs in for Cell Block 11, and some of the film’s most memorable images come from the way he lets its massive, cavelike structure dwarf the characters walking through it. Prisoner or guard, the institution diminishes them all.

The aforementioned commentary from Bernstein, author of a book on Wanger, is essential listening, packed with facts about the film’s production and how it fits into the careers of all involved. Beyond a booklet that includes a fine essay from Chris Fujiwara and an appreciation of Siegel from Sam Peckinpah (who served as a gofer on the shoot), the other features are all enlightening audio features: Excerpts from books by and about Siegel (read by his son) and an hour of excerpts from The Challenge Of Our Prisons, a radio documentary about prison conditions, and the Jackson riot, from 1953.