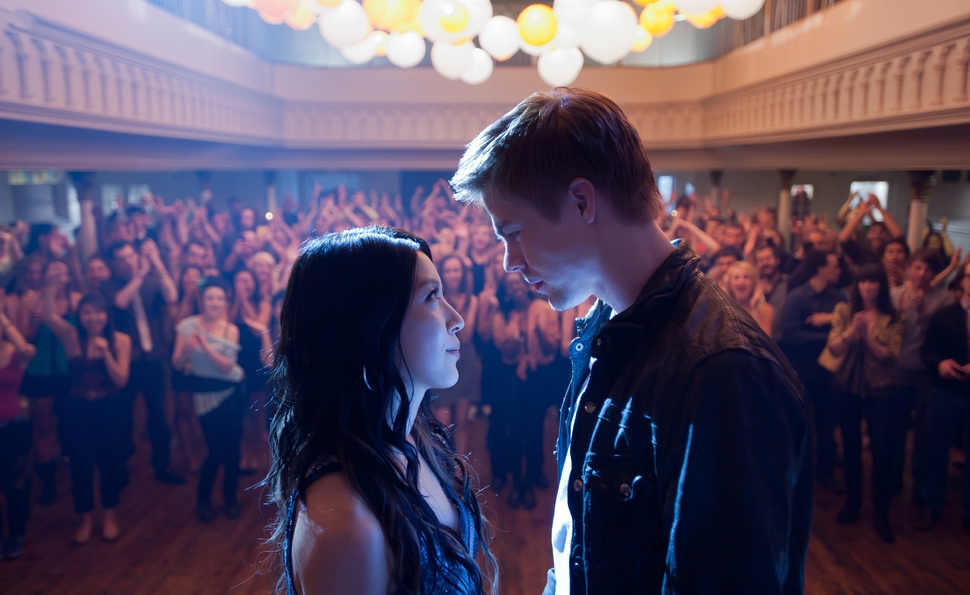 An admirably diverse update of West Side Story that’s varnished with all the charm, budget, and formal elegance of Gossip Girl, the irresistibly dopey Make Your Move drops the spectacle endemic to most dance films in favor of a forward-thinking sweetness. While this international coproduction between Robert Cort Productions and Korea’s CJ Entertainment bends over backwards to communicate that it’s Step Up: Bushwick, it moves with the kind of corporate vibe that Brooklyn’s least gentrified hipster hotspot is struggling to resist. What the film lacks in authenticity, however, it makes up for in good intentions and simple pleasures.

Sensitive where Step Up is sweaty, Make Your Move feels simultaneously regressive and ahead of its time. Written and directed by Duane Adler, a dance-community fixture who used the project to marry the sentiment of his Save The Last Dance script with the carnal “choreography conquers all” attitude that anchored his Step Up script, Make Your Move is a sheep in wolf’s clothing. By cleaving close to the Romeo And Juliet template, the film’s plot introduces a degree of simmering violence that feels foreign to this type of fare, but this most wide-eyed take on star-crossed lovers is probably the first riff on the classic tale that ends with Mercutio and Tybalt shaking hands and saying “We good?”

Derek Hough—whom some will recognize from Dancing With The Stars, and others will identify as the bastard lovechild of Zac Efron and a wooden marionette—plays Donny, an Aryan orphan who waits out his parole by tap-dancing for tourists on the New Orleans streets. His parole officer is Dan Lauria, the dad from The Wonder Years, but that’s not important right now. Sick of being hassled, and eager for a better life, Donny skips town and heads for Brooklyn, where his black foster brother Nick (City Guys alum Wesley Jonathan) runs an illegal dance club in a condemned warehouse. Nick, Donny learns almost immediately, is in the middle of a turf war with his old partner, Kaz (Will Yun Lee), a Korean immigrant who’s recently opened his own club with the backing of a hopelessly uncool white banker type. Nick warns Donny to keep his head low and stay out of things, but as soon as the new kid in town lays eyes on Kaz’s sister, Aya (played by hugely popular recording artist BoA), it’s only a matter of time before ancient grudge breaks to new mutiny.

While Make Your Move is intended to be a star vehicle for BoA (a backronym for Best of Asia, or Bring on America, at various points of her career), that will likely be lost on those unfamiliar with her music. The film doesn’t go out of its way to showcase her talents; she doesn’t sing in a single scene, and her dance sequences are limited to a few duets with Hough. On the other hand, BoA’s natural charisma requires no translation, and her robotic co-stars are saddled with such clunky dialogue (“I make million-dollar deals before I make my morning coffee!”) that her nascent English feels par for the course. Her cultural dexterity emerges as her most evident gift—Make Your Move takes full advantage of her fame as the only Korean artist to have two separate million-selling albums in Japan (particularly impressive given the fractious history between the two countries). The film foregrounds BoA’s multi-lingual fluency, not only overlooking her mild difficulties with English, but also openly celebrating her worldliness as proof of her right to remain in America as a true New Yorker.

It’s crucial that race is never an explicit factor in the territorial tensions between Nick and Kaz, who were once close friends before The Man convinced them that, even in a melting pot, someone needs to rise to the top. Here is a film that truly believes in America and the spirit of diversity upon which this country was founded; its unfortunately infrequent dance sequences depict young people moving, in a guileless effort to move young people. Though Make Your Move is almost completely devoid of the lusty dubstep madness that makes the Step Up movies so much fun, its genteel sensuality has its own rewards. (The inevitable sex scene unfolds as the interpretive striptease Center Stage never had the courage to pull off. Also, there are taiko drums!) If the Step Up series is an orgy, this is an innocent sleepover. Overlong and lacking a single believable moment, Make Your Move is nevertheless a sweet reminder that anyone can dance together, so long as they aren’t fighting over who should lead.