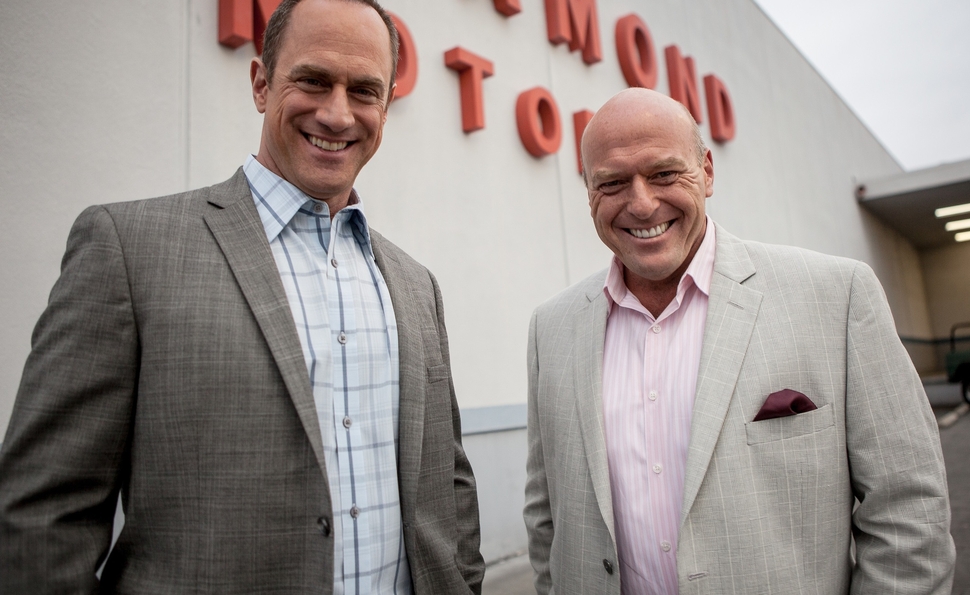 On the long list of available insults, “used-car salesman” ranks toward the bottom of offensiveness. Yes, it implies dishonesty, but also craftiness and hustle. Truly great used-car salesmen, applied to the right ends, could achieve great things, but they’d rather have the quick buck and the salacious draw of the con. Small Time, a low-budget independent film loaded with recognizable faces, understands this. It isn’t a celebration of sleaze, or of shirking responsibility, though both do factor into the struggle of its main characters. Small Time is impressive, just slightly, because it’s the one thing used-car salesmen are rarely accused of being: honest.

Along with that initial hard sell come problems under the hood. This is the first feature from writer-director Joel Surnow, but his list of credits runs for miles as a producer on television shows like 24 (which he co-created) as well as less well-regarded fare like The Kennedys, Falcon Crest, and The Equalizer. The roots of the small screen loom large, positioning the lot at Diamond Motors as a sitcom-ish main stage, with just a handful of other locations, like a food cart, a bar, and an apartment. The apartment (and half of Diamond Motors) belongs to lovable but quick-to-quit divorcé Al Klein (Christopher Meloni). He’s introduced with an inelegant burst of exposition: His son Freddy (Devon Bostick) is about to graduate high school, and the kid’s youth slipped through Al’s fingers. Freddy was raised by Al’s pragmatic ex-wife (Bridget Moynahan) and her wealthy but cuddle-resistant new husband (Xander Berkeley.) Surprisingly, the boy decides to forgo college, and come work with his old man.

Life lessons for père et fils are on the menu, naturally, and the storyline is predictable. At first the kid, mollycoddled by millennial privilege, doesn’t know how to be enterprising. After initial success, he gets cocky. In time, Al realizes that creating a mini-him may not be in Freddy’s best interests, and has to enact some tough love. There aren’t many deviations from the main route.

There’s no twee ukelele music on the soundtrack during a high-spirited “things-are-goin’-great” montage, but that’s about the only indie cliché missing. The montage is there more than once, in fact—but Surnow soundtracks it with Stax-era soul, which is far preferable. There are also plenty of TV-spinoff-ready side characters, like a dunce Scottish receptionist, a lively Latin mechanic, a gruff Greek cook, and Al’s neglected girlfriend (Garcelle Beauvais), who gets maybe six lines, and whose character’s resolution is reduced to a gag that rolls alongside the closing credits. Someone even throws out the accusatory line, “You are so… small time!” But despite these mediocrities, Small Time still closes the deal, thanks to that one indefinable selling point: star charisma.

Christopher Meloni, a big man who isn’t afraid to cry, is irresistible as Al. It makes perfect sense that a kid would spike his college future to watch him and his sidekick (Dean Norris) scheme people into driving junk off the lot. Small Time wisely and counterintuitively goes easy on making “the life” look too glamorous. These are paycheck-to-paycheck guys who strike out at singles bars. Occasionally, there are blue jokes at poker games (featuring Kevin Nealon and Ken Davitian, forever known as Borat’s heavyset friend). Meloni is able to shoulder the entire film simply by selling the work in a more meaningful way than just giggling when putting the wool over someone’s eyes. Further, when he recognizes how his decisions have had a ripple effect through his family, he doesn’t collapse into whining. He does the least cinematic thing possible: He deals with it. Since Meloni is a bonafide talent, it’s a thrill to watch. There’s a foundation of truth to himself in being so boldly dishonest. Small Time honors that, even as the rusty plot engine coughs and wheezes down the highway.