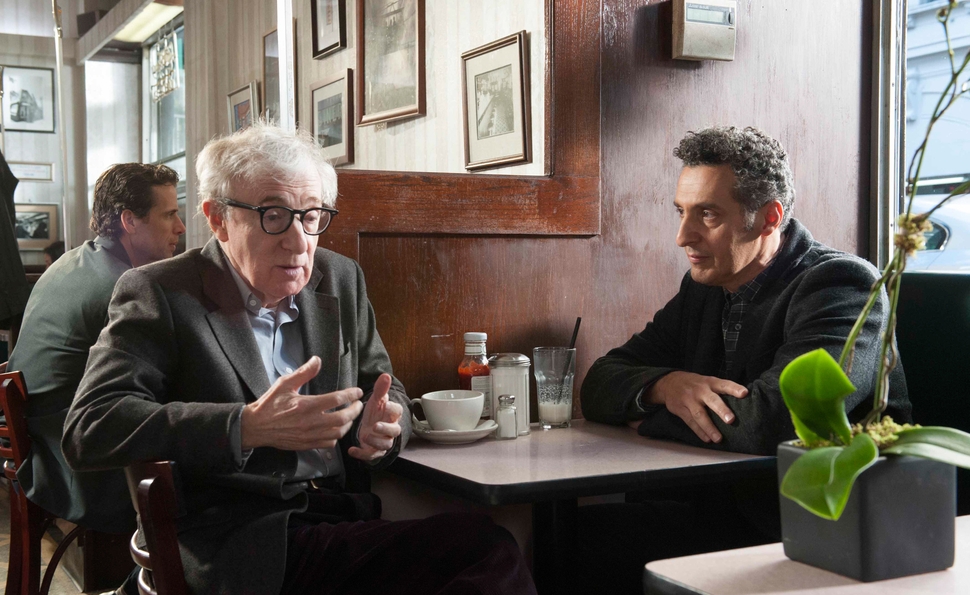 As a general rule, it’s uncharitable not to accept a movie’s premise. Films aren’t entirely like improv—the audience isn’t required to respond to each new development, however ridiculous, with “Yes, and…”—but it seems unduly harsh to reject a film’s foundation without at least waiting to see what the structure looks like. All the same, some premises are harder to swallow than others, and Fading Gigolo, the fifth feature directed by John Turturro (who also wrote the script and plays the title role), asks for more suspension of disbelief than some viewers will be able to muster. Turturro as a paid stud? Not super-plausible, but stranger things have happened. Woody Allen as his pimp? That’s stretching it a little. Sharon Stone and Sofía Vergara as a bisexual couple who want to have a ménage à trois, but can’t find a male plaything without spending $2,000 for his services? Uh-huh.

To his credit, Turturro has no interest in fashioning a broad, silly comedy from this material. Instead, Fading Gigolo is almost achingly sincere, right from its opening scene, in which Murray Schwartz (Allen, in one of his rare acting gigs for another director) sadly announces that he’ll have to close the used bookstore he’s run for most of his life. In need of some cash, and having learned that his dermatologist (Stone) is looking for a male “escort,” Murray volunteers his friend Fioravante (Turturro), falsely claiming that it’s his regular line of work. Fioravante’s protests that he’s neither especially handsome nor a world-class lover fall on deaf ears, and before long, he’s not only servicing the dermatologist and her friend (individually and together), he’s improbably been hired to provide some non-sexual massage to a Hasidic widow, Avigal (Vanessa Paradis), who hasn’t been touched by a man since her husband died. However, a jealous member of the Hasidic neighborhood watch (which is apparently a thing?), played by Liev Schreiber, is less than thrilled about this Italian interloper, especially when he discovers that Murray, a fellow Jew, is somehow involved.

Once Fading Gigolo finds its way to the tender, impossible relationship between Fioravante and Avigal, it becomes affecting; Turturro gives his character an old-world courtliness that makes him seem like an ideal match for a woman scared to emerge from her cultural shell. Trouble is, the route the movie takes to arrive there is so patently absurd, and often so tonally disparate, that it’s difficult to take its central love story seriously, which is what Turturro (in his capacity as writer-director) clearly desires. Sex is treated with goofy solemnity—this is the kind of movie in which people are constantly saying things like “Shall I get undressed?”—and credible human behavior repeatedly gets tossed aside so that people do whatever is necessary to keep the ludicrous plot in motion. Yet the film is so grounded in its specific New York neighborhoods that accepting it as fantasy becomes all but impossible.

As for Allen, arguably Gigolo’s primary selling point, he merely performs another variation on his standard persona, though he’s supplied with fewer one-liners than usual. Murray is meant to be a bit of a sleazeball, but whatever viewers feel about Allen the man, “Woody” (by any other name) just doesn’t seem like someone who’d go volunteering his friends for sex work out of nowhere. Everything about the film’s premise seems painfully contrived. Perhaps Turturro felt nobody would want to see (or finance) a simple, quiet film about a gallant Italian and a Hasidic widow, minus the high-concept gigolo angle. But in making the story more marketing-friendly, he’s undermined its sweet soul.