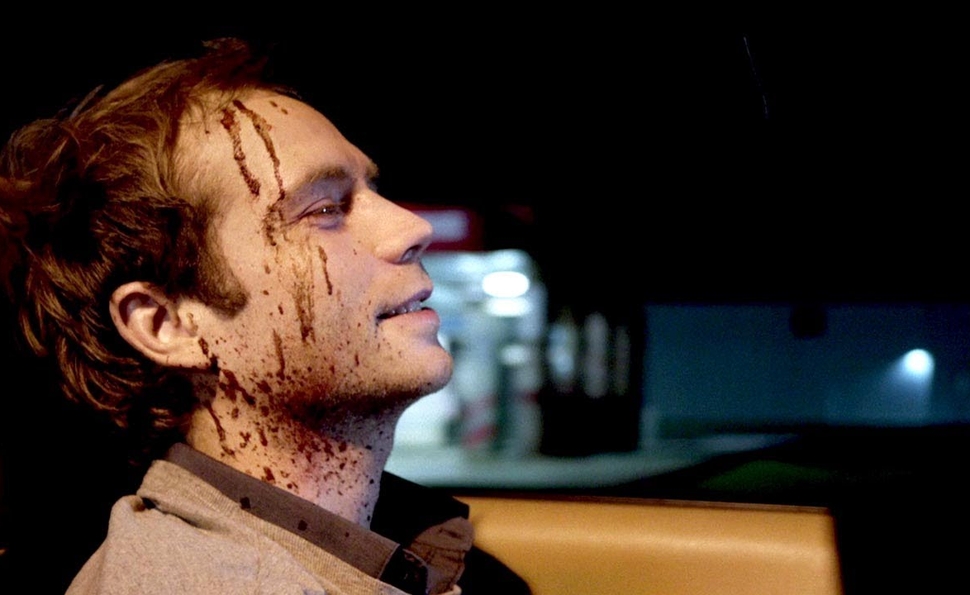 It’s convenient that Cheap Thrills and 13 Sins were produced and released almost simultaneously, because what the former gets right helps account for what the latter gets wrong. Both are about ineffectual young men, just coming into the responsibilities of marriage and fatherhood, who lose their jobs and are buried in debt. Both are about how these men are gifted with the opportunity to make lots of money if they participate in a “game” that becomes more lucrative as it becomes more violent. And both are about them coming to terms with the monster within, and learning about the terrible things they’re capable of doing. Where the two films diverge makes the difference between a darkly funny recession-era morality tale and a ludicrous, gimmicky echo of the Saw franchise.

The human factor accounts for much of the disparity. Cheap Thrills has the quality of a bros-night-out gone wrong, with our hero and an old buddy jumping through hoops for a rich couple that’s offering cash for an escalating series of dares. By contrast, the trials in 13 Sins come from an all-knowing, disembodied voice on a cellphone with a circus ringtone—more Jigsaw than jackass. That winds up making 13 Sins more about the missions than character or theme, and the missions get out of control fast. Mark Webber, an underappreciated actor, does the best he can with Elliot, an unemployed salesman from New Orleans who has a sweet fiancée (Rutina Wesley) and a baby on the way, but no means to take care of them, his mentally disabled brother (Devon Graye), or his foul, dementia-stricken father (Tom Bower). As he hits bottom, Elliot gets a phone call making him an offer he can’t refuse: Swat the fly buzzing around his car, get $1,000 deposited in his bank account. He does it, and it’s on to mission two: Eat the fly. And it goes on from there.

The game’s stakes rise quickly, from making a little kid cry at the park to pulling off a real-life Weekend At Bernie’s scenario. As Elliot’s rap sheet grows, the consequences of quitting become more dire than the consequences of playing on—which are also incredibly steep. Meanwhile, Ron Perlman turns up as a detective who investigates Elliot’s case and reports of other such “games” being played around the city. Who’s the puppetmaster teaching Elliot, and presumably many weak-willed losers around New Orleans, how to be men? And what’s his endgame?

Remaking the 2006 Thai thriller 13: Game Of Death, director Daniel Stamm carries over dark humor that served him well in his above-average found-footage horror film The Last Exorcism, but in both cases, the comedy dissipates as the body count rises. 13 Sins tries to demonstrate the potential everyone has to fall down a slippery moral slope, but the missions get so ridiculous and gruesome—and the conspiracy mythology so distracting and unnecessary—that it’s hard to take the film seriously, even on its heightened terms. This ultimately isn’t a film about human fallibility, but about high-concept grotesquerie for its own sake, like watching a guy stuff his face with live bugs on Fear Factor for a few thousand bucks. It may be compelling in its way, but don’t call it art.