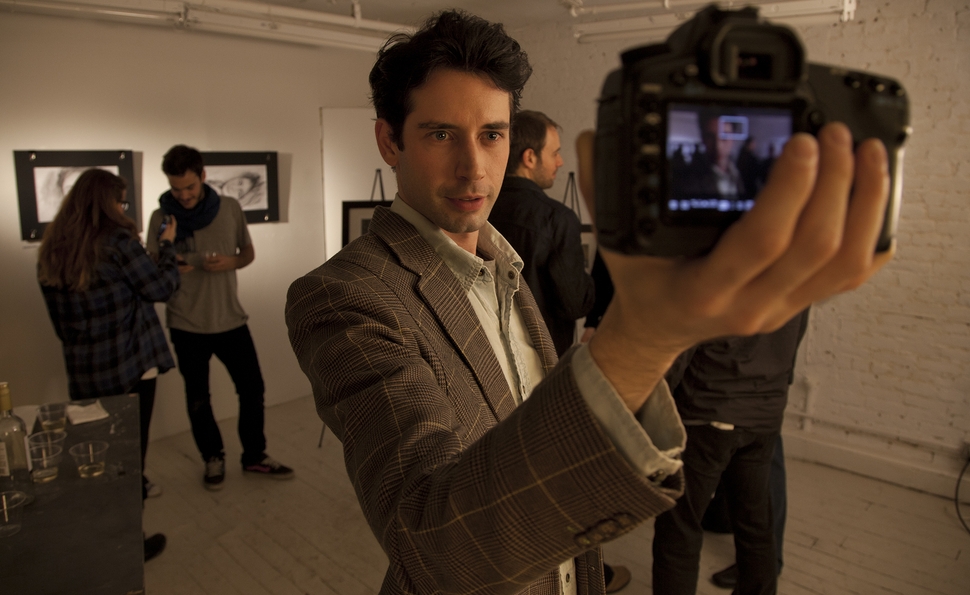 Modern life has created some difficulties for indie filmmakers who want to tell small-scale, truthful stories about young people. Accuracy demands that characters spend a hefty percentage of their day interacting with others via electronic devices, but few things are less cinematic than shots of people typing—or, worse, tapping away on their ubiquitous smartphones. Sometimes directors opt to have text messages or tweets appear onscreen via little pop-up balloons, which hasn’t yet stopped seeming gimmicky. But one element of the wired revolution that does play reasonably well (and also doubles as a cost-cutting measure) is video chat, since it lets actors deliver monologues directly into the camera. Even if the Skype romance turns out to be the wave of the future, however, Hank And Asha, which won the Audience Award (red flag!) at the 2013 Slamdance Film Festival, proves that such tales are only as interesting as the people who inhabit them. Even in the realm of digital communication, bland is bland.

Actually, Skype (or FaceTime, or any other equivalent) makes no appearance in this film—an oddity that’s never really explained, except via one passing remark about the impossibility of using video chat to show the other person certain sights. (Ever heard of laptops? They’re portable! They have cameras now!) Instead, Hank (Andrew Pastides) and Asha (Mahira Kakkar) spend what appears to be several months making short videos for each other, like 19th-century pen pals who’ve somehow stumbled onto one bit of futuristic technology. She’s an Indian film student studying in Prague; he’s a struggling filmmaker working in New York City as a production assistant for a reality TV show. When she sees one of his films at a festival, she dashes off a quick video message, kicking off a series of increasingly romantic exchanges that lead to Hank inviting Asha to join him for a weekend in Paris. Predictably, it isn’t so easy as that, and the big stumbling block is so enormous, it’s hard to fathom why Asha ever encouraged Hank.

Given that Hank And Asha consists entirely of the title characters talking to the camera, without even once directly interacting, those two people had damn well better be fascinating. What they actually are, alas, is adorable, in the most noxious possible way. Asha virtually never stops gushing about how exciting everything is, at one point even creating a music video in which she literally jumps into the air and clicks her heels; she’s given one speech suggesting that this is to some extent a façade, but it just seems like she forgot to take her meds that day. Hank, meanwhile, is the kind of guy who takes his camera with him to a fancy restaurant and insists the waitress give it a menu and place a separate meal in front of it—behavior that’s clearly meant to be perceived as charmingly quirky rather than borderline psychotic. Neither Hank nor Asha ever says or does anything that suggests they’re vital, complex individuals, and even their mutual interest in the arts is utterly generic, devoid of any intellectual exchange or even real curiosity. People this dull are available all over YouTube, for free. It’s unclear, however, why strangers would bother watching.