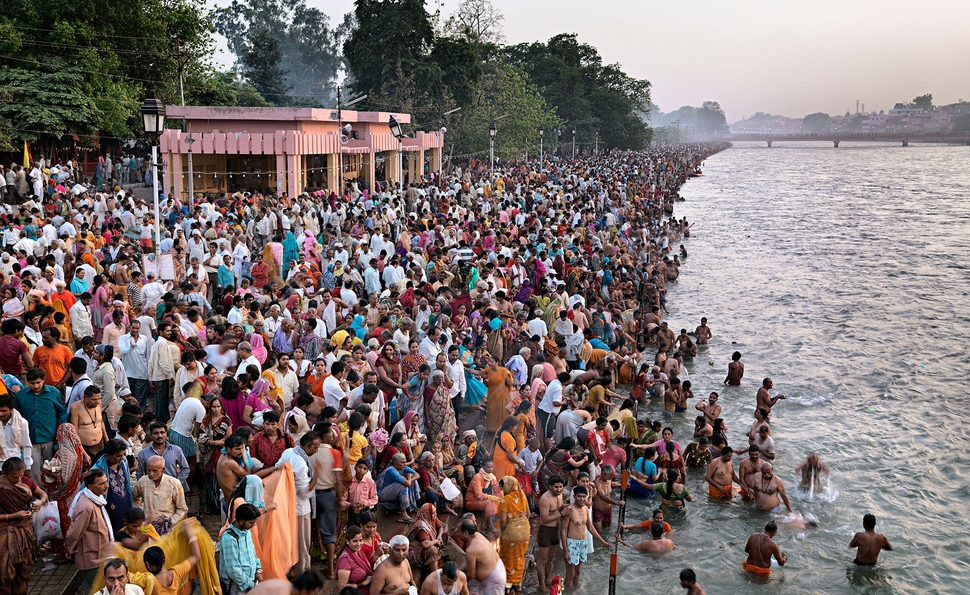 As The Dissolve’s Scott Tobias aptly noted a while back, the vast majority of documentaries focus on being informative at the cost of being cinematic. Watermark, co-directed by Jennifer Baichwal and photographer Edward Burtynsky (who previously collaborated on 2006’s Manufactured Landscapes, though that film’s direction was credited to Baichwal alone), is a rare example of the opposite problem: stunning images devoid of a compelling context. Unlike, say, Koyaanisqatsi (which it sometimes resembles), this globe-spanning visual essay about the planet’s most precious natural resource doesn’t manage to develop an implicit argument via pointed juxtapositions, though that seems to be the filmmakers’ intention. Instead, it just bops around the world willy-nilly, from dams to rice paddies to dry riverbeds, finding endless splendor and counting on viewers to construct a (likely alarmist) interpretation in their heads.

Those images are truly spectacular, though. Manufactured Landscapes, which was more clearly didactic, nonetheless reveled in eye-popping abstraction, and the same is true of Watermark, which fades in on what appears to be a horizontal gusher of dirt. It’s actually silt, mixed with water, pouring through holes in China’s Xiaolangdi Dam; the film simply observes the tumult for several minutes, eventually cutting to a wider view that shows tourists watching the spectacle, dwarfed by plumes jutting dozens of feet into the air. A later shot of mechanical equipment being lowered by cranes in the middle of the night (to workers toiling at another dam) is initially indecipherable. Baichwal and Burtynsky consistently choose the most arresting view, unafraid to risk temporary befuddlement, and while they sometimes talk to locals who explain what’s being shown, just as often they don’t bother. (Onscreen titles do identify each location.) The film’s title becomes literal in shots of the lower Colorado River, which is dried up most years and leaves gorgeous, fern-like patterns in the soil indicating where its tributaries used to be.

All the same, there’s a difference between an exhibition of one photographer’s work and a speedy tour of a museum’s entire photography wing, and Watermark feels more like the latter, despite Burtynsky’s involvement. He’s shown working on photos here and there, and offers occasional commentary (outlining, for example, the way water gets piped to California’s dry Owens Lake in order to prevent massive dust storms from engulfing neighboring towns), but there’s no real sense of continuity apart from the presence or absence of water. The film makes it abundantly clear that human beings can’t survive without water, but that’s not exactly breaking news; few facts or figures are relayed about possible environmental danger, and any general sense of unease mostly stems from the knowledge that nobody would bother making a documentary about how awesome water is. Yet Watermark sometimes skews that way, showing divers maintaining the massive fountains in front of the Bellagio Hotel in Las Vegas or kids doing slow-motion cartwheels along the shore of a beach. Documentaries that shove a message down viewers’ throats are a drag, but it’s possible to place too much emphasis on aesthetics at the expense of a thesis. Still, if one must err in one direction or the other, this direction is preferable.