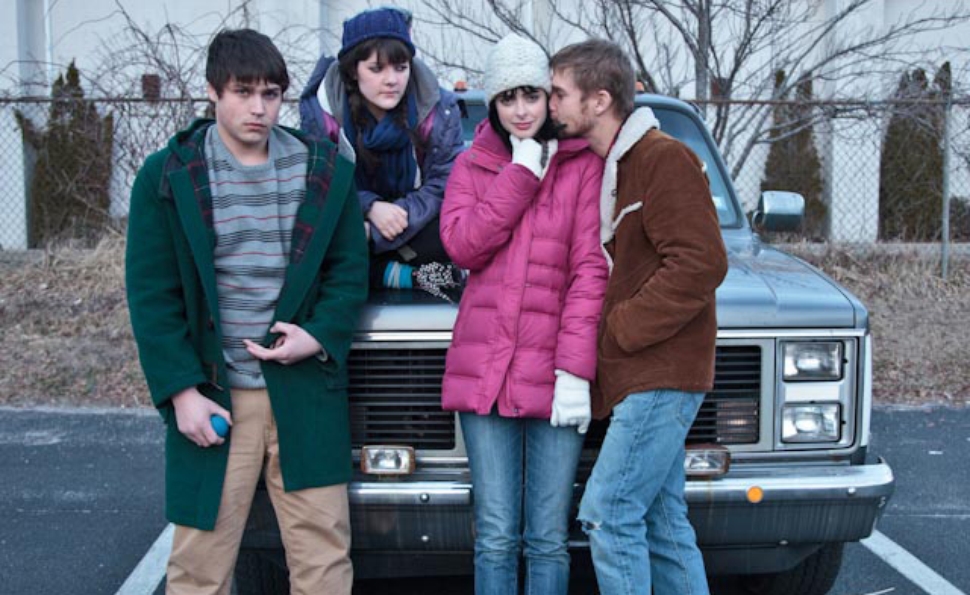 Refuge is filled with sadness and despair. It should be, since it’s about a young woman who drops out of college to look after her teenage siblings when her parents exit the picture. Much of that despair comes from Krysten Ritter’s soulful lead performance as the put-upon Amy, who seems to always be looking to escape without actually expressing the urge out loud. Ritter, who’s had years of scene-stealing work on TV shows like Breaking Bad and Don’t Trust The B---- In Apt. 23, excels at playing bent-but-not-broken characters like Amy. Through her expressive eyes and steely body language, she projects a quiet fury at the world that never entirely morphs into resolve. Goldberg sneaks in some whispers of spirituality, but Refuge’s true effectiveness lies in Ritter’s distinctively non-angelic performance. It’s the work of a woman who knows she’s been dealt a bad hand, but can’t bring herself to leave the game.

Amy is trapped in her small town with her needy kin because she was cursed with the capacity to care about what happens to her family. Writer-director Jessica Goldberg puts her characters into a world where this is an abnormal trait; no one else in Amy’s family, least of all her parents, seems to know how to care. The mystery of the parents isn’t revealed until 30 minutes into the brisk 84-minute film, but it’s a bitter pill to swallow once it comes—maybe too bitter to be plausible. Meanwhile, Amy’s 16-year-old sister Lucy (Madeleine Martin) is able-bodied and near adulthood, but can’t stop partying and shoplifting long enough to lift a finger around the house. The fact that she’s on equally helpless footing with the brother (Logan Huffman) who’s recovering from a brain tumor feels disingenuous, like Goldberg just shrugged and said, “Oh well, what can you do?”

These are minor missteps in a film that, for the most part, hits the right tonal notes. Goldberg adapted her own play for the screen, and while the primary setting of Amy’s kitchen carries inklings of stage-imposed claustrophobia, Refuge still feels like a movie that can live and breathe on its own. The dialogue is natural and rarely cloying, and the script is lively and detailed enough to stay surprising. When a drifter wrestling with his own family tragedy (Brian Geraghty) moves into Amy’s house, the story of their romance is bold and unsettling rather than familiar: He wants a family to cling to, but initially, his neediness turns him into just one more body for Amy to take care of.

One of the film’s stronger touches is that Amy isn’t a very good guardian; she shrugs off Lucy’s drug abuse, does little to push her brother Nat toward independence, and can’t open herself up to outside help. It gives Refuge a sadder, darker undertone than some of the young-caretaker dramas to which the film owes a debt, including the fantastic What’s Eating Gilbert Grape and Short Term 12. Goldberg’s film can’t match the exuberant emotional highs of those predecessors, but it hits deeper, more honest lows by recognizing that young guardians can’t always exhibit the patience of saints.