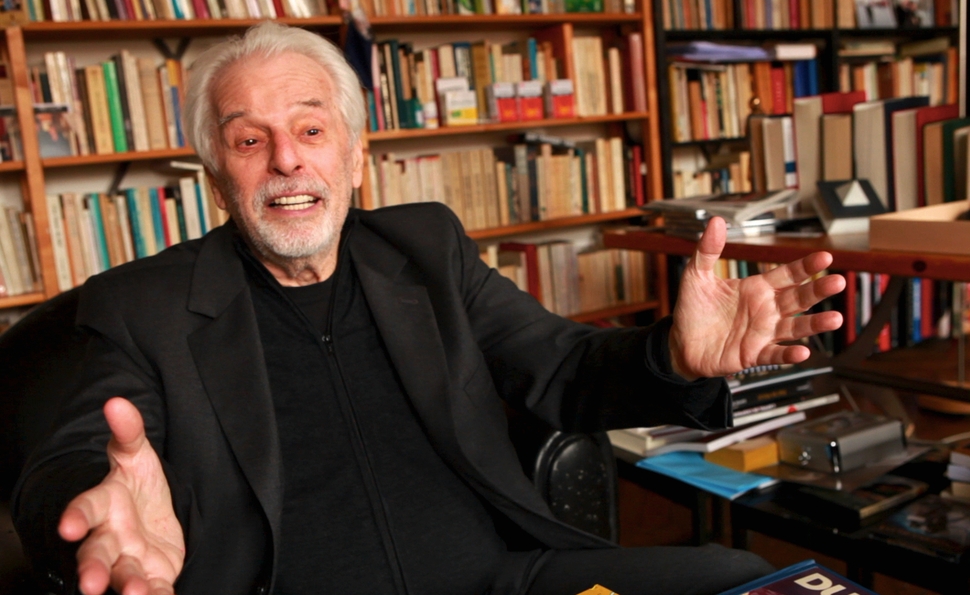 At one point in Frank Pavich’s documentary Jodorowsky’s Dune, Drive and Bronson director Nicolas Winding Refn poses a question: What if Alejandro Jodorowsky’s aborted adaptation of Frank Herbert’s science-fiction novel Dune had come out in the mid-1970s, as originally planned? Refn argues that Jodorowsky’s version of the film, with its psychedelic overtones and overt consciousness-raising, could’ve captured the imagination of the same generation that instead became entranced by Star Wars. And if that had happened, the ensuing blockbuster era would’ve been entirely different.

That may seem far-fetched, but it isn’t completely preposterous. For one thing, it says something about how much of a player Jodorowsky was in the early 1970s that he even got a shot to make Dune. Jodorowsky’s 1970 hippie Western El Topo had become a midnight-circuit smash, with its mix of blood-soaked Sergio Leone/Sam Peckinpah riffs and its sincere depiction of a killer striving for enlightenment. Jodorowsky followed it with the brilliant, bigger-budget 1973 freak-out The Holy Mountain, which is a religious satire with more ideas per minute than most movies manage in two hours. According to Pavich’s documentary, Jodorowsky was on track with Dune to out-do The Holy Mountain, turning Herbert’s intricate epic into nothing less than a transformative spiritual experience. And if he’d pulled that off… Well, who knows?

The best parts of Jodorowsky’s Dune explain just how a mad genius like Jodorowsky almost made the impossible possible, just by declaring it to be so. As soon as Jodorowsky had a green light, he took an all-or-nothing approach to his Dune, convinced that, “The movie has to be just like I dream of it.” He courted Pink Floyd to do the score, and persuaded Salvador Dalí, Orson Welles, and Mick Jagger to be in the cast. He put his own son through a rigorous course of physical and philosophical training so he could play Dune’s hero. He rejected the era’s top special-effects artist, 2001’s Douglas Trumbull, as too much of a businessman, and not enough of a seeker. Instead, Jodorowsky hired the relatively inexperienced Dan O’Bannon (saying “art comes first, and then technique”), and brought on visionary illustrators Jean “Moebius” Giraud, Chris Foss, and H.R. Giger to help him conceptualize the look of his Dune. He declared his crew his “spiritual warriors,” and pretended that the usual machinery of moviemaking—craft unions, producers, agents—were irrelevant to anyone making art.

The main problem with Jodorowsky’s Dune is that a significant amount of what makes Jodorowsky’s work special gets lost in Pavich’s fairly ordinary approach to the documentary form. Pavich is making a movie about a man who’s worked as a mime, a comic-book writer, a magician, and a New Age therapist, and yet everything about Jodorowsky’s Dune is doggedly conventional, from the talking heads to the animated interludes. (It boggles the mind to imagine what Jodorowsky’s Jodorowsky’s Dune would’ve been like.) In one interview, Refn describes the experience of sitting with his mentor Jodorowsky one evening to walk page by page through “the book”—the hardbound collection of Dune script pages and drawings that Jodorowsky shopped around Hollywood, to no avail—and Refn’s experience sounds so much cooler and more edifying than this documentary.

Still, it’s always rewarding to spend time with Jodorowsky, the kind of guy who can say, with a grin, “I was raping Frank Herbert! With love!” and not sound entirely crazy. The next best thing to having Jodorowsky explain his Dune to each viewer personally is watching this film, if only to marvel at the Moebius drawings of Jodorowsky’s wild ideas. As it happens, when Jodorowsky’s Dune crew broke up, they landed on some of the other major science-fiction film projects of the 1970s and 1980s, so pieces of Jodorowsky did influence the blockbusters to come in a way, seeding everything from Alien to, yes, Star Wars. If nothing else, Pavich’s documentary serves as a catalog of what was stolen.