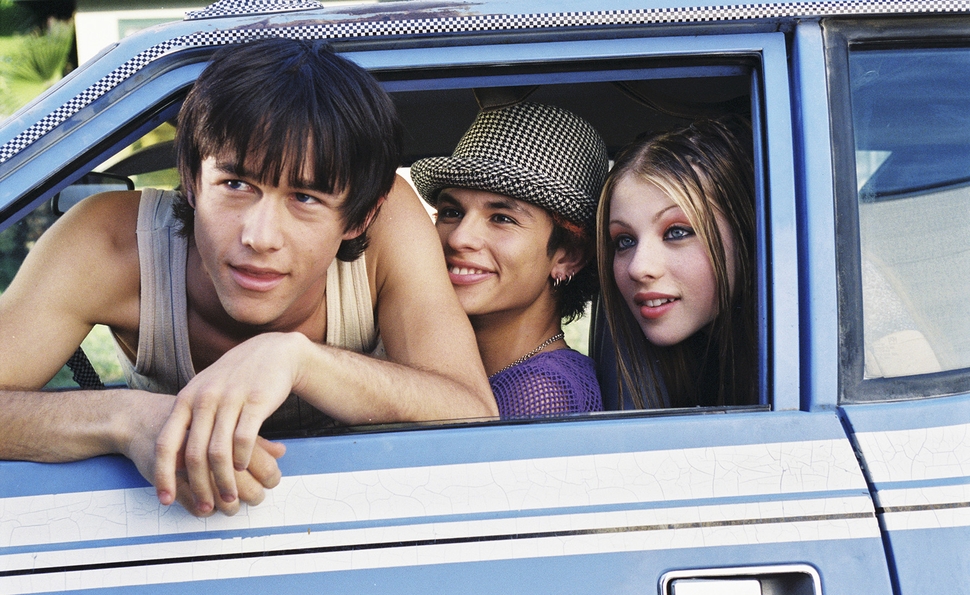 Gregg Araki spent the 1990s making rough, confrontational indie films that dealt with homosexuality, AIDS, and outsider lifestyles, in ways very different from the typical tasteful arthouse drama. Araki sought to revive the spirit of underground cinema in the VHS era, getting his movies out even to the “weird kids” who lived outside of big cities. His work back then sometimes seemed bratty for the sake of brattiness, which was the price of generating word of mouth. He was intent on making the kinds of films people would rush home to describe to their friends—and where the description alone would make some of those friends say, “This, I’ve got to see.”

Araki took a long break at the end of the decade, and when he returned with a new feature film in 2004—an adaptation of Scott Heim’s novel Mysterious Skin—his methods had evolved, even though the description of Mysterious Skin sounded like the same old Araki. Joseph Gordon-Levitt and Brady Corbet play Neil and Brian, two young men who’ve spent more than half of their lives either trying to re-create or make sense of their former Little League baseball coach’s sexual advances toward them. But while Mysterious Skin’s premise is shocking—depicting a curious kind of nostalgia for being molested—the movie itself is sensitive and artful, exploring how sexual desire, personal identity, and lifelong nightmares alike can all be forged in childhood.

Mysterious Skin is brisk to the point of being choppy, following Neil and Brian as they move into their late teens, still haunted by what happened to them the summer they turned 8. Brian has blocked out the particulars, and spends his spare time researching alien abduction, convinced he was taken as a boy. Neil has become a hustler and has moved from Hutchison, Kansas to New York City, where he’s drawn to older, athletic men—though none of them make them feel as special or as satisfied as he did when he was with his coach. Araki doesn’t spend a lot of time setting the scene; he just presses ahead from incident to incident, relying on the music of 1980s/1990s dream-pop acts like Slowdive, Cocteau Twins, and Ride to stitch it all together. The seams show sometimes, and outside of Gordon-Levitt and Corbet, the acting is inconsistent. (It doesn’t help that some of the performers interpret “Kansas” as “the South,” accent-wise.)

But for a movie about something as painful as child sexual abuse, Mysterious Skin doesn’t repel. There’s an allure to the images, which are as carefully posed and framed as figures in a softly illuminated dollhouse. And while Araki doesn’t shy away from the particulars of what happened to these boys—including the sense of violation, and of innocence corrupted—he also recognizes that the more painful parts of their past are bound together with playing Asteroids on Atari, and drinking cold Peach Nehi, and being kids. Araki locates Heim’s queasy vision of illicit sexuality within the inviting landscape of memory, where everything takes on the glow of legend.

Mysterious Skin’s structure lets Araki move between Neil’s harsh city life, where he’s chasing something he can’t find, and Brian’s comparatively warmer life back in Kansas, where he’s safely and anxiously nestled. Then the movie culminates in a long scene where Neil and Brian meet again for the first time in 10 years and compare notes about their experiences with the coach—speaking frankly, and with a feeling of relief. This is all quite different from the kind of movies Araki made when he was trying to court misfits. With Mysterious Skin, Araki burrowed into the hearts and minds of his audience, looking to provide his viewers with Neil and Brian’s deeper understanding of how to piece together a fractured life, then go looking for the fragments that are still buried deep.

The 10th-anniversary Blu-ray edition of Mysterious Skin adds about half an hour’s worth of new interviews with Heim, Corbet, and Gordon-Levitt, in which they look back on how it felt to make the movie and then see it for the first time. The Blu-ray also brings back the Araki/Corbet/Gordon-Levitt commentary track from an earlier DVD edition, which deals with the actors’ difficulties in dealing with the film’s content (which necessitated shooting the child actors without showing them the whole script) and Araki’s style, which had them ignoring their training and learning to act toward the camera. Gordon-Levitt says he embraced the challenge by thinking about the art of acting entirely differently—more like a form of prostitution.