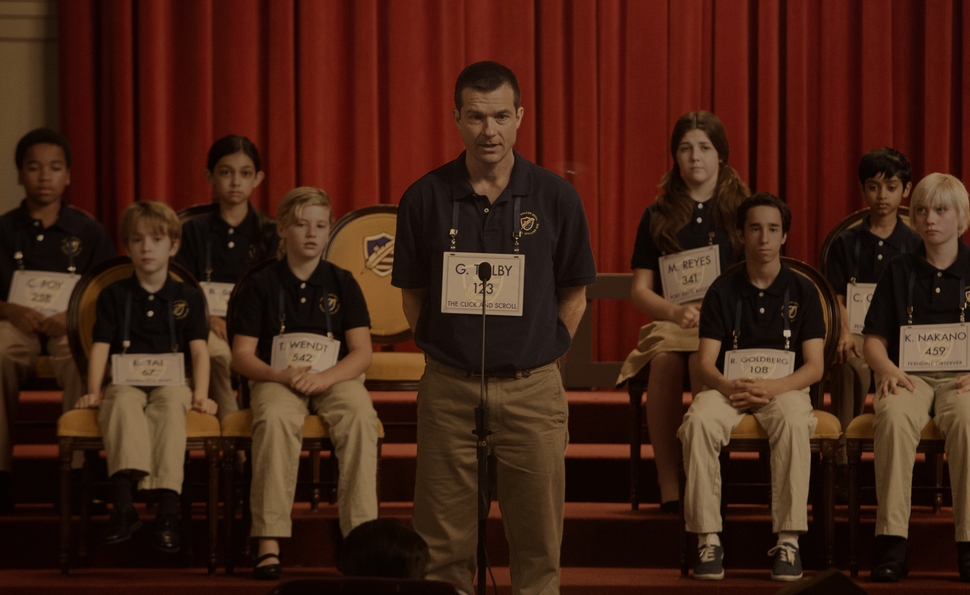 Jason Bateman’s feature directorial debut, Bad Words, is a de facto remake of Terry Zwigoff’s fourth feature, Bad Santa, and it clarifies what made Zwigoff’s comedy more than the sum of its hilariously ornate profanity. Both films are about nasty misanthropes worn down by the blinkered optimism and persistence of outcast kids who become attached to them. Both eke laughs from shocking affronts to social norms—cursing at or around children being a primary weapon in the comic arsenal—and both have soft hearts thumping under those calcified veins and arteries. The crucial difference, apart from the fact that Glenn Ficarra and John Requa’s Bad Santa script was funnier than Andrew Dodge’s Bad Words script, is that Billy Bob Thornton’s character is a genuine loser, only one crank of the dial away from the soulful sourpusses of Zwigoff’s Crumb and Ghost World. An entitled bully with a sad backstory proves tougher to get behind.

Dodge’s script is funny, though, and Bateman’s sense of comic timing carries over into the crisp direction, which makes up in pace what it lacks in style. Though the premise has a “Nothing in the rules says a dog can’t play football!” quality, Dodge and Bateman succeed at staking out a world where foul language can have the biggest impact: spelling bees. Bateman stars as Guy Trilby, a unrepentant 40-year-old jerk making a run at the national-spelling-bee title, under the dubious loophole that he, like the other contestants, hasn’t passed the eighth grade. In return for a newspaper sponsorship, he agrees to let Jenny (Kathryn Hahn, in the Lauren Graham role), an inexperienced online journalist, tell his story. As the tournament reaches the national television phase, Guy continues to get heat from parents and spelling-bee administrators, but he finds a friend in Chaitanya Chopra (Rohan Chand), a relentlessly sweet competitor who doesn’t flinch at Guy’s insults.

Nearly everything good about Bad Words plays off the yin-and-yang dynamic between Guy and Chaitanya—one an endless wellspring of belligerence, the other grinning, excitable, and impossible to rattle. While there’s never any question who will blink in their standoff, Chaitanya’s serene reactions to Guy’s insults sell the laughs as well as Dodge’s filthy dialogue; a sequence where the two head off into the night to make trouble works like gangbusters, perhaps because it’s away from the drag of the spelling-bee scolds, and Guy’s inexorable march toward redemption.

But the free-for-all can only last so long. Once Bad Words has to get back to the business of Guy fighting the stodgy powers-that-bee (Allison Janney and Philip Baker Hall among them), Chaitanya dealing with his stage-dad father, Jenny’s self-hating relationship with her subject, and the real motives of everyone involved, the comedy flatlines and the sentimentality ramps up. For all Bateman’s deftness in making Dodge’s best lines sting, as an actor, he never suggests anything behind Guy’s callousness until the script finally requires him to express some other dimension. He’s an automaton, a joke machine—and as long as he stays that way, Bad Words offers shock for shock’s sake.