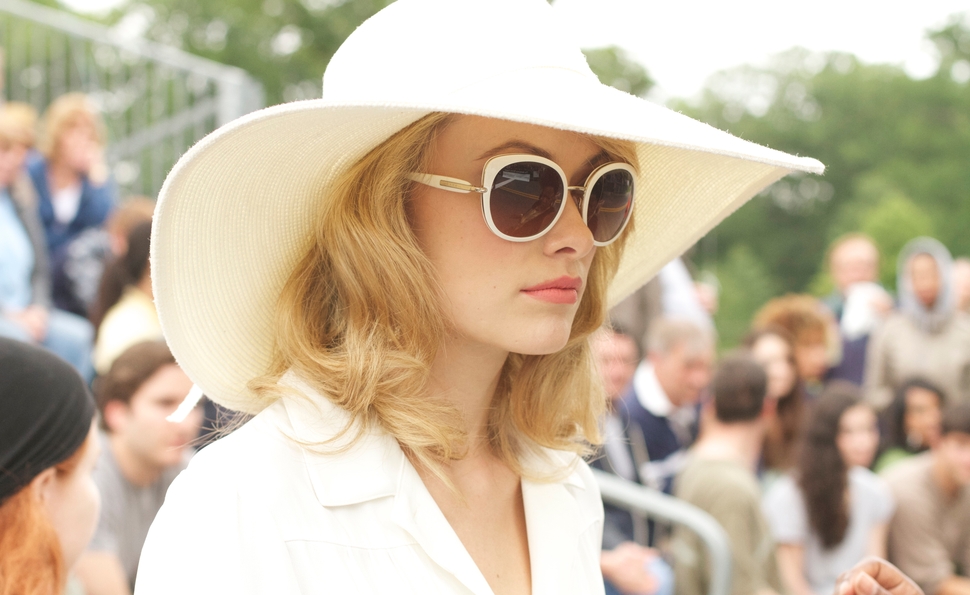 When screenwriting manuals and college courses admonish aspiring filmmakers to use narration sparingly, if at all, and to show rather than tell, they’re talking about movies like the dreadful new quirk-fest Better Living Through Chemistry. Early in the film, Jane Fonda—who seems to be narrating the film as herself, though that is never explicitly established, but rather implied through a series of groaning meta-references—helpfully explains that pharmacist protagonist Doug Varney may be angsty because he can solve everyone’s problems (pharmaceutically speaking, at least) except his own. Any film that explicitly tells the audience what it’s all about before 10 minutes have elapsed clearly doesn’t have much faith in anyone’s interpretive abilities. This contempt extends to a plot stitched from bits and pieces blatantly lifted from American Beauty, Breaking Bad, and every neo-noir that ever ripped off Double Indemnity.

The great Sam Rockwell takes a momentary break from awesomeness to play the thankless yet flashy lead role, a generic suburban pharmacist leading a life of quiet desperation as the husband of shrill, emasculating exercise addict Kara (Michelle Monaghan, in the Annette Bening role) and son-in-law of his longtime employer Walt Bishop (Ken Howard), a big bear of a man who never misses an opportunity to undermine Doug’s confidence and ambition. Doug’s ho-hum existence is shaken up by the advances of slinky customer Elizabeth Roberts (Olivia Wilde), a bored, sexually voracious housewife who introduces him to a sexy nighttime world of acrobatic sex, prescription drug experimentation of the most extreme and adventurous variety, and—in the grand tradition of femme fatales who slink about in lingerie all day, sucking down martinis—murder.

Elizabeth sends Doug on a journey conspicuously identical to that of Kevin Spacey’s midlife-crisis-addled spiritual seeker in American Beauty. He begins the film imprisoned by the soul-crushing conformity of the film’s broadly stereotypical conception of the suburbs. Using lots of drugs and having sex with a gorgeous, aggressive stranger not only liberates Doug—it also makes him a better, more loving, and involved father, the kind who takes an interest in his son’s activities and takes him along on a nighttime sabotage mission accompanied by a children’s rendition of the Ol’ Dirty Bastard anthem “Shimmy, Shimmy Ya.” (Yes, there’s a version of “Shimmy Shimmy Ya” performed by children, and yes, Better Living Through Chemistry finds that both adorable and hilarious.)

Better Living Through Chemistry exploits both sides of Rockwell’s persona: the indie-film depressive and the cocky, breezy cool dude. Doug Varney is like a contemporary version of Jerry Lewis’ Nutty Professor, but not even an actor as assured as Rockwell can do anything with a role that’s a blurry Xerox. The film’s most novel element is also its most insulting. The filmmakers delight in giving Fonda the most obscene narration imaginable; it’s easy to imagine them cackling like schoolboys at the mere thought of her uttering words about the glory of being “balls deep” in a woman like Elizabeth, or complimenting Doug on his pharmacy’s impressive collection of douches. Better Living Through Chemistry suggests a new cinematic rule: the more impressed a movie is with itself, the less likely it is to impress a discriminating audience liable to have seen all its silly little tricks before.