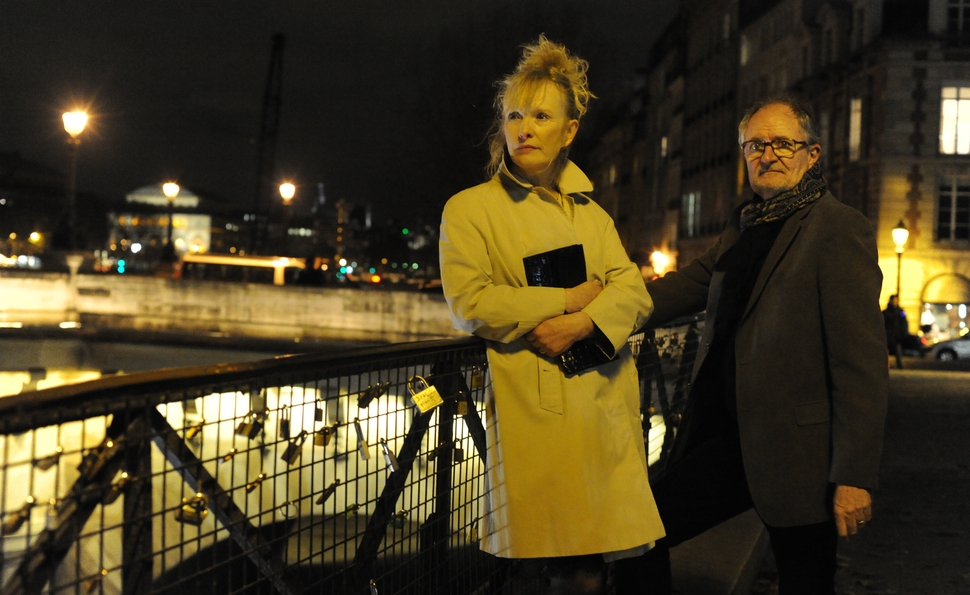 Paris’ reputation as a magical city where foreigners find romance and bliss has been taking a beating at the movies lately. In 2013’s Frances Ha, the title character impulsively flies there, then winds up sleeping through most of the trip, jetlagged. She’s in a cab headed to the airport when the friends she’s been trying to reach finally call to invite her to dinner, where they hope to set her up with a great guy. (“This is such good timing.”) Now along comes Le Week-End, in which a couple who honeymooned in Paris 30 years ago return, only to find that recapturing l’amour isn’t easy for people who have accumulated several decades’ worth of frustration and resentment. The two films also have more in common than is initially apparent, given that one is about unformed youth and the other about calcified maturity (and immaturity). Both are essentially plotless, shot in a fragmented, freewheeling style that assembles a mood from a series of quick snippets rather than a smaller number of sustained, self-contained scenes. What’s more, neither Frances nor the couple can really afford to go to Paris—and the fogeys, amazingly, are even more irresponsible.

Right from the outset, tension runs high between Nick (Jim Broadbent) and Meg (Lindsay Duncan), as she refuses to stay in the hotel from their previous trip, objecting to its new beige décor. Instead, they check into a ritzy place that’s far too expensive for their meager budget. There, they enjoy the balcony’s view of the Eiffel Tower for about 30 seconds before they start sniping at each other again. Meg repeatedly rebuffs Nick’s attempts to get physical, and Nick accuses Meg, out of nowhere, of an affair with the guy who fixes her laptop at home. A random encounter with Morgan (Jeff Goldblum), a more successful American colleague of Nick’s who’s now living in Paris, prompts husband and wife to question whether they’ve squandered their potential, and Meg even goes so far as to suggest they might as well split up and embark on new adventures, now that their children are grown with families of their own. Throughout it all, however, longtime bonds of affection keep reasserting themselves, until it’s abundantly clear that neither of these two slightly warped individuals could survive long without the other.

Screenwriter Hanif Kureishi (My Beautiful Laundrette, Sammy And Rosie Get Laid) sometimes overdoes the emotional-seesaw routine, at one point even having Nick openly say, “You can’t not love and hate the same person. Usually within the space of five minutes, in my experience.” A climactic scene at Morgan’s house in which Nick throws propriety to the wind during a series of toasts and says exactly what’s on his mind is likewise overwritten, and there’s altogether too much of the couple running around trying to avoid paying their bills. But director Roger Michell (who’s previously worked with Kureishi on The Mother, Venus, and the miniseries The Buddha Of Suburbia) maintains a slightly jagged rhythm that proves disarming, and he has two magnificent collaborators in Broadbent and Duncan, who make Nick and Meg ornery and sometimes abrasive without crossing the line into caricature. Broadbent has been wowing filmgoers for many years, but Duncan, who’s worked more extensively in theater (she won a Tony in 2002 as Amanda in Private Lives), is the revelation here; her Meg seems perpetually amused and disappointed by everything that crosses her path, including her own reflection in any given mirror. The movie’s final scene has its three main characters performing the Madison dance made famous in Jean-Luc Godard’s Band Of Outsiders (also a Frances Ha influence—ha!), and at its best, Le Week-End suggests the sort of couple that that film’s young lovers, Odile (Anna Karina) and Franz (Sami Frey), might have grown into several decades later.