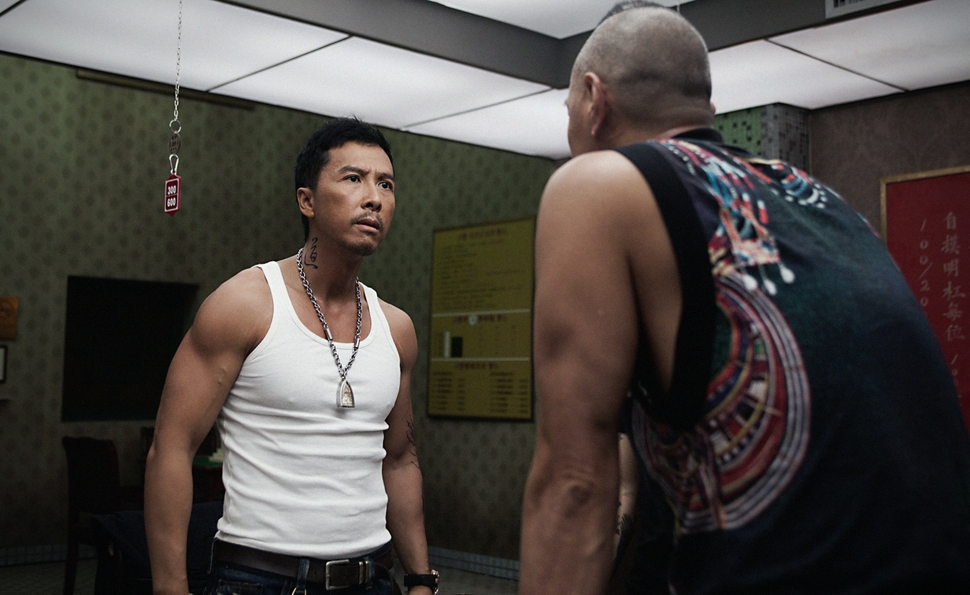 Donnie Yen is a martial-arts icon, so Special ID naturally opens with a prolonged hand-to-hand clash in which Yen’s undercover Hong Kong cop, Chan, battles first a crime boss, then a gang of the boss’ underlings, in a shop’s tight-quarters backroom. But after that sterling opening skirmish, complete with Yen continuing to fight and goad his opponent while scurrying around the ground on his hip, Clarence Fok Yiu-leung’s film has the perverse idea of keeping Yen from engaging in virtually any further fisticuffs until the underwhelming finale. That leaves the brunt of this cops-vs.-crooks saga to focus on muddled underworld power struggles, delivered with plenty of platitudes.

Chan’s undercover operation is overseen by a dork wearing glasses and a trenchcoat; he operates out of a subterranean bunker fit for a James Bond film. Though Chan wants to resume working as a regular cop, his superiors force him to investigate his former criminal protégé Sunny (Andy On), who’s now believed—by both police and kingpin Cheung Mo-hung (The Matrix Reloaded’s Collin Chou)—to have murdered another mobster. Sunny has also stolen a valuable cache of data that functions as a story-forwarding MacGuffin, but Special ID is so murky from the get-go that such details are rendered more or less superfluous. Whether that’s because of Szeto Kam-Yuen’s tonally uneven script, or post-production editorial butchery—or, more likely, both—the story is a hopeless mess that from the outset seems to be missing key exposition that might help fill in some of its many gaps.

Consequently, it’s difficult to keep up with, much less care about, the various twists and turns that befall Chan, who’s soon sent to the mainland, where he’s paired with feisty cop Jing Fang (Jing Tian), who rails against Chan’s reckless do-it-alone methods. As Chan reconnects with Sunny, who’s rightly suspicious about the sudden arrival of his old friend, Special ID engages in numerous scenes that threaten to topple over into one-against-many mayhem, only to then deliver a few brutal punches and roundhouse kicks—shot by Fok Yiu-leung with a CG-enhanced zippiness—before frustratingly cutting its combat short.

That herky-jerky momentum is made more intolerable by the fact that the script’s dialogue is all Renegade Cop 101 clichés, except for when it lets Chan’s mom (Paw Hee-ching) speak, at which point the film goes all mushy with maxims like, “You’ve chosen your own way. You must believe in yourself,” and, “You can’t always do what you want in this world.” That last one seems especially apt, given the restraints placed on Yen throughout Special ID. Despite also serving as the production’s martial-arts director, Yen is hamstrung by the lack of physical exertion afforded by his role, as he’s left to bellow and rage (and woo Jing) like a one-dimensional caricature of a tortured hero-cop. A climactic car chase that finds Jing temporarily swinging from a speeding vehicle’s open door provides a legitimate high-octane thrill, but it’s ultimately just a temporary reprieve from this import’s tedious sloppiness.