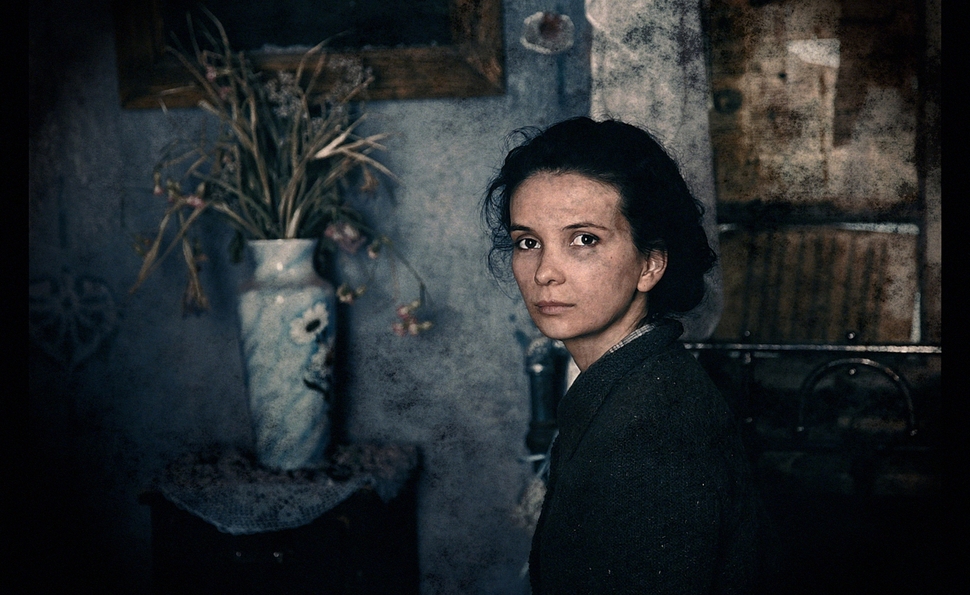 Under cover of darkness, hordes of Russian soldiers come under heavy fire as they approach the banks of the Volga River outside German-occupied Stalingrad. In order to break through to the city, they have to climb an enormous hill as Nazi machine-gunners blast away from fortified positions. It’s an echo of the famed Normandy sequence that opens Saving Private Ryan, and Fedor Bondarchuk, the director of Stalingrad, is not only keenly aware of it, he does everything he can to top it. As the surviving Russians make their way to the top of the hill, the Nazis detonate a series of massive explosions that engulf the soldiers in a sea of fire. But does that stop these stout-hearted men? No. These human fireballs just keep on coming straight for the German positions, firing on them until they collapse into smoke and ash.

And with that, Stalingrad sets a tone of propagandistic kitsch that’s a love triangle and an Aerosmith ballad away from full Pearl Harbor cheese, rendering the bloodiest battle of World War II as a rip-roaring 3-D recruitment poster. Touted as the biggest ruble-maker in Russian box-office history, it comes to the United States as an IMAX 3-D spectacle of considerable magnitude—scrupulous and immersive in some respects, tacky beyond belief in others. (It’s the Sochi Opening Ceremonies, basically.) Bondarchuk mingles the you-are-there grittiness of close-quarters combat and constant assaults from above and below with war-movie clichés that haven’t been updated since before the real Battle Of Stalingrad. It’s history written with airbrush.

Framing itself as an old-fashioned disaster movie, Stalingrad opens, improbably enough, at the site of the 2011 Japanese tsunami, as a team of Russians join an international group of emergency personnel combing for survivors. As a young German woman lies pinned under rubble, a Russian rescue worker tells her the story of his mother and the “five fathers” who kept her alive during this decisive moment in World War II. Having lost all of her family to the German occupation, Katya (Mariya Smolnikova) remains encamped in her bombed-out apartment building, where she’s joined by Captain Gromov (Petr Fedorov) and a few other Russian soldiers digging in for the fight. These include a famed tenor-turned-stolid-volunteer (Aleksey Barabash), a sniper (Dmitry Lisenkov) with distractingly white teeth, and a radio operator (Sergey Bondarchuk) who takes a particular liking to Katya. From two floors up, this small band of soldiers causes all sorts of headaches for their Nazi counterparts, including Captain Peter Kahn (Thomas Kretschmann), who’d rather be bedding Masha (Yanina Studilina), a blonde local he’s been keeping on side.

For all its chest-thumping, Stalingrad strikes a conciliatory tone with the crude framing device, which has a Russian aiding a German, and with Kretschmann’s character, who’s the only thing in three dimensions beyond the visuals. Kahn’s defiance of leadership gives his scenes with Masha the feeling of two pariahs carving out a place for themselves between factions that would both want to see them dead. But that becomes thin gruel when mixed with the derring-do that makes Stalingrad at times resemble the escapist chop-socky of The Raid, only with Captain Gromov and his men beating back the scores of hapless Germans trying to storm a building. Bondarkchuk wants to immerse the audience in a great historic moment, and he and his artisans have scrupulously re-created the ruined city down to the ash flakes that rain down like a ticker-tape parade. But with the fireball martyrs storming up the Volga banks, the verisimilitude is overwhelmed by nationalist memorializing. These are larger-than-life war heroes—eight stories larger, as IMAX will boast—and Stalingrad enshrines them like figures in a 3-D diorama, which may be more dynamic than bronze, but no less tacky.