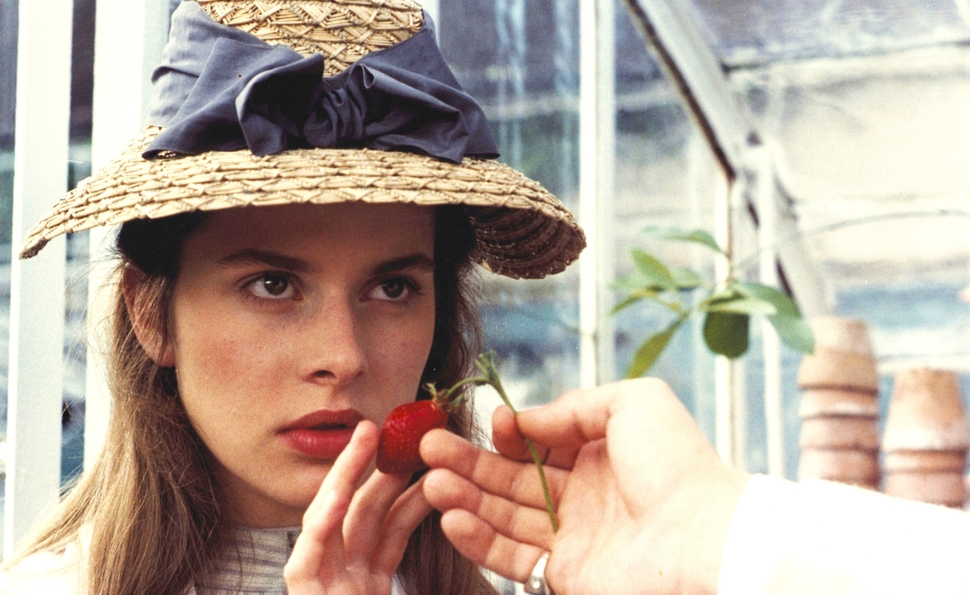 “‘Justice’ was done, and the President of the Immortals, in Aeschylean phrase, had ended his sport with Tess.” So begins the final paragraph of Thomas Hardy’s 1891 novel Tess Of The d’Urbervilles, as pessimistic a depiction of life as has ever been put to page. The heroine ends the book as she begins it: a victim of fate, with little control of her destiny. Happiness proves to be an illusion, and arrives only in the fleeting moments when she isn’t getting batted about by forces beyond her control. Even the title is cruel: Born Tess Durbeyfield, into a family of meager means, her tragedy is set in motion when a parson casually tells her father he’s descended from the once-noble d’Urberville family. Soon, Tess is sent off to some nearby d’Urbervilles to claim kinship, and (her family presumes) all the riches that come with it. That’s when her heartbreaks begin.

Released in 1979, Roman Polanski’s adaptation Tess begins with an idyllic scene of Tess (Nastassja Kinski) and other girls of Wessex—Hardy’s fictionalized version of his native Dorset—walking to a field where they plan to dance as the sun sets. Along the way, they pass Tess’ father just before he receives the news that will upset their family’s existence. Polanski lets the credits roll over this moment of innocence before ending them with a dedication: “To Sharon.” He’s referencing his wife Sharon Tate, who was murdered (while eight months pregnant) by Charles Manson’s associates. Tate had suggested the book to Polanski, but even if she hadn’t, the dedication would make sense.The film portrays the world as a place of crushing, senseless cruelty.

“Beauty has its price,” Alec d’Urberville (Leigh Lawson) tells Tess shortly after a rose pricks her. Alec is her purported cousin, though she soon learns his nouveau-riche family has simply purchased the d’Urberville name in an attempt to gain respectability. Alec hovers over Tess, and despite her innocence, she knows a predator when she sees one, and remains on guard against his attentions. Yet time wears down her defenses, and one night, after she rides alone with him, he rapes her. Polanski depicts the scene in graphic detail, removing the fictive fig leaf around the incident that Victorian propriety required Hardy to add. And just as the dedication to Tate invites an autobiographical reading, so does this and other, later moments in a film deeply concerned with the ways young women are taken advantage of by men protected by means and social stature. Polanski made Tess a few years into his exile from America, having fled to Europe after pleading guilty to unlawful sexual intercourse with a 13-year-old girl. The film, like its source, is filled with pessimistic fatalism, but it spares no pity for the instruments of fate, painting Alec as an irredeemable villain. What, if anything, this meant to Polanski remains unknowable.

This much is clear: The film’s sympathies rest squarely with Tess, who’s played with moving vulnerability by the 17-year-old Kinski—though there’s nothing convincingly English about her performance. In one scene, Tess’ husband Angel (Peter Firth), a gentle, scholarly man who knows nothing of her past, confesses a previous indiscretion, and she responds with a confession of her own. Polanski never cuts away, keeping the focus on Tess’ face as she looks away from Angel and tells her story. His expression remains impossible to discern until she’s finished, at which point the focus shifts, and it becomes clear that their honeymoon has ended before it had a chance to begin.

Tess is full of such deliberate moments. It’s a long film, and a slow one, and it needs to be both. Polanski paces it to the rhythms of rural life, filling the film with scenes of farm work and long walks between locations. It’s when the pace picks up that danger creeps in, whether from the encroachment of machinery, seen with greater frequency as the film goes on, or an extraordinary, unbroken scene in which Alec takes Tess on a galloping downhill carriage ride with little thought to their safety. In his experience, men in his position don’t get hurt easily, and why worry about anyone who’s been dragged along for the ride?

Working with cinematographers Geoffrey Unsworth (who died during the film’s production) and Ghislain Cloquet, Polanski lets the story play out against widescreen magic-hour vistas and shots that pan slowly to take in every detail. The approach captures the beauty of the countryside—with Brittany filling in for Wessex—but also suggests nature’s indifference to the story. As in Days Of Heaven, which Tess sometimes resembles, human tragedy gets dwarfed both by the sheer scale of the landscape, and the history of the land. It’s grounded in the details of the latter half of the 19th century, but it ends, like the novel, at Stonehenge, with some references to human sacrifice. They suggest that some variation on what we’ve just seen has happened before, will happen again, and is probably happening around us, even now.

Polanski supervised a transfer that captures the cinematography in all its gloaming glory. No less than four making-of items—two vintage, two recent—round out the special features. All are worthwhile, though they inevitably start to overlap. On the vintage end are a French TV doc shot on location that’s primarily interesting for footage of Polanski working with actors on set, and a 1979 appearance on BBC’s The South Bank Show in which Polanski talks, without much remorse, about his legal status, and how his childhood years in the Polish countryside, where he escaped while his parents were taken to concentration camps, inspired Tess’ portrayal of peasant life. Of the more recent docs, a three-part Laurent Bouzereau making-of piece ported over from an earlier DVD edition has the edge on Once Upon A Time… Tess, though the latter contains some interesting interviews, and attempts to place the film within the context of the times that produced it.