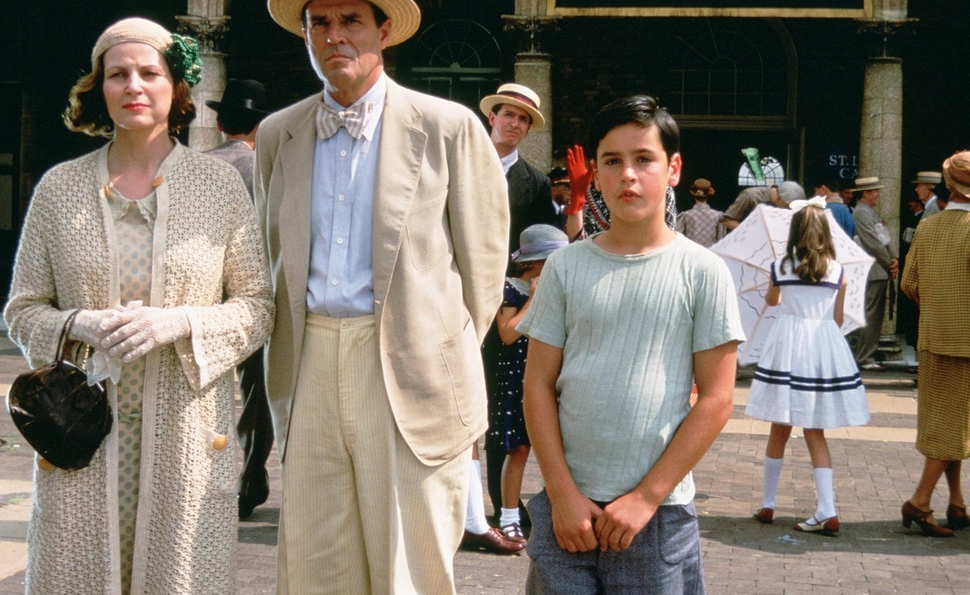 King Of The Hill

A lot of “next big thing” directors have trouble following up their debut films, but few had as rough a go of it as Steven Soderbergh, who came from nowhere to become the champion of American independent film with his first feature, Sex, Lies And Videotape, and then was afforded the rare opportunity to make more or less whatever he wanted. Soderbergh took his big swing with the stylized 1991 art-thriller Kafka, and missed so wildly that some wondered whether he’d washed out. When Soderbergh’s third film, King Of The Hill, came out in 1993, it wasn’t a hit, but it righted the ship, winning the director back some critical support and showing he could still just make a movie—plain, simple, and affecting.

But King Of The Hill is more than just the movie that straightened out Soderbergh’s career; it’s also one of his best films, albeit very different from higher-profile Soderberghs like Out Of Sight, The Limey, Traffic, and Ocean’s Eleven. Based on A.E. Hotchner’s memoir of growing up in St. Louis during the Depression, King Of The Hill stars Jesse Bradford as Aaron, a grade-schooler who lives with his younger brother and his parents in a cheap hotel, while using a fake address so he can attend a good school. Then his mother gets sick, his brother is sent away, and his father heads out on the road, leaving Aaron to fend for himself, with no money and no food. Part period piece and part coming-of-age story, King Of The Hill balances an incident-packed script with muted tones, painting a rich, absorbing picture of one boy’s struggle to live by his wits.

Soderbergh doesn’t shy away from the sentimental streak in Hotchner’s story. Cliff Martinez’s score swells whenever Aaron catches an unexpected break—or whenever he seems doomed—which helps give the movie a strong emotional pull. There’s always a clear sense that Soderbergh knows where this heavily episodic story is heading, and where its heart is. This is a movie about a boy who eats ketchup soup and makes sure all of his hobbies have a potentially profitable end. Aaron values every asset he has, while his classmates throw away enough food every day to keep him going for a week. Soderbergh emphasizes the preciousness of each hot dog and dinner roll, showing the world from Aaron’s perspective as he tries to make sense of what it means to be an adult, and what it takes to survive.

King Of The Hill isn’t as overtly stylish as Kafka, or the films Soderbergh later made. But it isn’t devoid of cinematic flourish, either. Soderbergh swings the camera giddily around Aaron when the boy is winning a game of marbles, and holds tight on Aaron’s petrified face when his father’s telling him a not-as-sweet-as-he-thinks anecdote, as a way of saying goodbye. Mostly, King Of The Hill is very controlled, shrinking Aaron’s life down to a few rooms and a few people, so the audience can understand exactly what his resources are, and admire the clever ways he uses them.

After King Of The Hill, Soderbergh moved on to 1995’s The Underneath, a noir exercise starring Peter Gallagher as a gambling addict who gets his life together and becomes an armored-car driver, before his old associations drag him into a criminal conspiracy. Criterion’s DVD/Blu-ray edition of King Of The Hill includes The Underneath as a bonus feature, along with a 20-minute interview in which he says—not for the first time—it’s the worst film he’s ever made. Soderbergh protests too much. The Underneath is a little stilted, but it has a clever plot and a time-jangled structure that makes it more entertaining than he seems to believe, and some of the filtering techniques he uses to distinguish different places and years were put to more artful use later in his filmography. Still, Soderbergh is right that what primarily matters about The Underneath is that it convinced him he needed to revamp his whole process, which is what led to Schizopolis, and then to the run of exciting and popular movies he made at the end of the 1990s and the early 2000s. The arc great filmmakers follow is something like the arc Aaron takes in King Of The Hill. Even the missteps lead somewhere.

Beyond The Underneath and its attendant interview, the Criterion set adds another 20-minute interview about King Of The Hill, in which Soderbergh complains that the movie is too beautiful, and that he’s always surprised when people tell him it’s one of their favorite films of his. (He also talks a little about how screening King Of The Hill at Cannes to a tepid reception taught him what makes a movie a good fit for Cannes and what doesn’t.) The disc adds an interview with Hotchner in which he talks a lot about what was left out of the film, and it adds about eight minutes of scenes that Soderbergh deleted in what he calls his irrational mania for keeping his movies around 100 minutes long. But the most interesting extra in the King Of The Hill set is “Against Tyranny,” a video essay by “:: kogonada” that examines the seemingly square visual grammar of Soderbergh’s early films, and how the director tried to work around it.