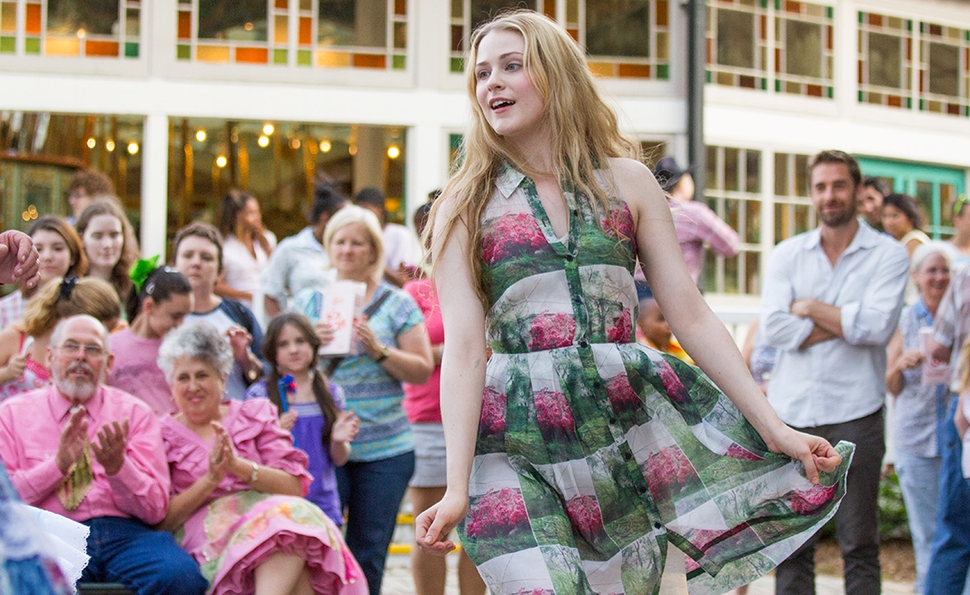 Quentin Tarantino movies excepted, bare feet in contexts that generally demand shoes tend to symbolize either vulnerability or free-spiritedness. It’s typical of the incoherent indie drama Barefoot that its female lead, Daisy (Evan Rachel Wood), who spends most of the movie with her toes exposed, fits into both categories simultaneously. In fact, it’s never fully clear whether Daisy is a severely damaged woman with the mental development and social skills of a 10-year-old, or just a wide-eyed, unconventional waif in need of some tender loving care. Barefoot vacillates between the two almost at random, depending upon the needs of its hackneyed screenplay at any given moment, and it’s a testament to Wood’s talent that she nonetheless succeeds at making the character seem halfway credible, even working opposite a vacuum.

That void would be Scott Speedman, the earnest, blandly handsome actor best known for his roles in Felicity and the Underworld franchise. Here, he plays Jay, the black sheep of a wealthy family, who’s $37,000 in debt to angry mobsters and on parole following assault charges. Working as a janitor in a psychiatric ward as part of his sentence, he encounters Daisy, who’s just been committed following her mother’s death; the joint’s chief headshrinker (J.K. Simmons, wasted in a generic role) believes her to be “quite possibly psychotic, or schizophrenic,” which is probably a diagnosis a real doctor would make. After Jay saves Daisy from being molested by a staff member, she follows him out of the hospital, and he decides to take her to his brother’s wedding and pass her off as the girlfriend he’s claimed to have, in the hope of impressing his father (Treat Williams) enough to con Dad out of a loan that’ll settle Jay’s gambling debts.

Minus some offbeat abduction, that’s the same basic plot seen in Vincent Gallo’s masterpiece Buffalo ’66, with the identical dynamic between a voluble loser and an infatuated woman-child. Speedman is no Gallo, however, and neither is director Andrew Fleming (Threesome, Dick, The Craft), who treats this ludicrous material (which also inspired a German film, 2005’s Barfuss) with sober professionalism. That approach merely underscores the absurdity of Daisy’s behavior, and it’s painful to watch Wood struggle to make sense of a woman who seems utterly oblivious at one moment—told to pretend she’s a nurse, she immediately announces “I’m a nurse!” to everyone she meets, apropos of nothing—and craftily Machiavellian the next, constructing stories designed to make Jay look good (just as Christina Ricci’s Layla does in Buffalo ’66). Ultimately, Daisy is revealed to be sane, but she’s still emotionally and socially stunted (having spent her entire life at home, taking care of her genuinely schizophrenic mother), and the romantic relationship that gradually blossoms between her and Jay feels disturbingly pedophilic. At the end of the movie, she’s still barefoot, and by that point, it just seems like the behavior of a small child.