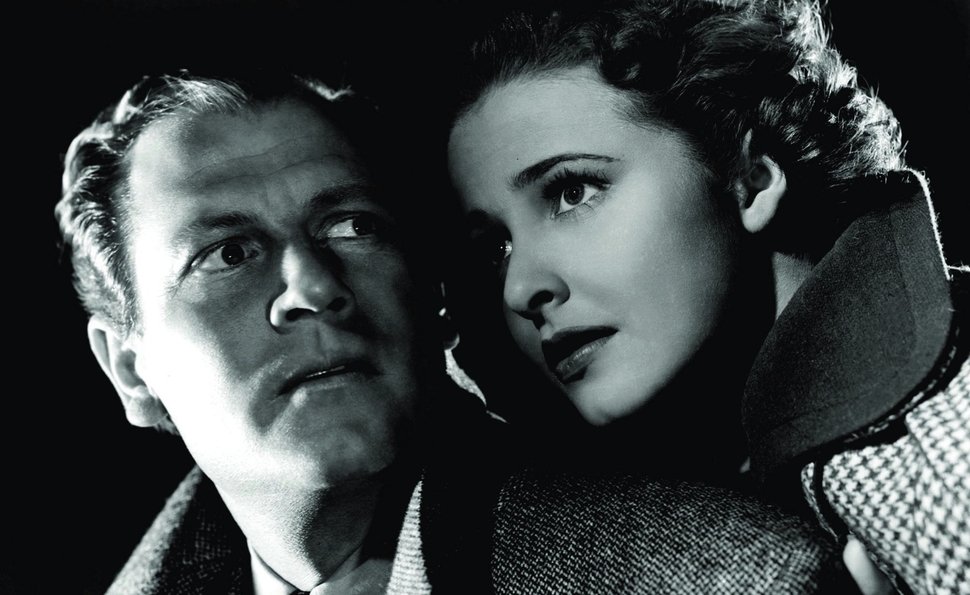 Alfred Hitchcock performed film’s most famous act of pulling the rug from under the audience when he killed off the seeming protagonist of 1960’s Psycho less than halfway into the film, but that was only the most audacious such moment in a career filled with them. Released 20 years earlier, Hitchcock’s Foreign Corespondent begins much differently than it ends, starting out as the agreeably brisk tale of a charming, resourceful, but ill-informed newspaperman named John Jones (an easygoing Joel McCrea) getting a curveball of a career change when his boss gives him a new name—the continental-sounding Huntley Haverstock—and assigns him to Europe to see what’s really going on over there. Is the continent really on the verge of war? Maybe, the logic goes, some good old-fashioned American reporting will provide the answer.

In London, Jones attends the meeting of the benevolent-sounding Universal Peace Party, headed by Stephen Fisher (Herbert Marshall). He strikes up a flirtation with Fisher’s daughter Carol (Laraine Day), and tries to wheedle some information out of a tightlipped Dutch diplomat named Van Meer (Albert Basserman). All of this plays out with a charming lightness, floating on a script written by, among others, such able hands as Robert Benchley (who also has a small role), James Hilton, and Hitchcock’s secretary Joan Harrison, with uncredited contributions from Ben Hecht and Hitchcock’s wife, Alma Reville.

Later, Jones meets Van Meer in Amsterdam, where he has just a moment to puzzle over why the diplomat doesn’t seem to recognize him, before a photographer asks Van Meer to stop for a photo. And then a bang. The photographer shoots Van Meer at point-blank range (an act shown in graphic-for-the-time detail), and with that sudden act of violence, Jones’ world changes in an instant, becoming a place of danger and intrigue where actions have global consequences.

This was true of the world around Foreign Correspondent as well. This new Criterion edition includes an enlightening interview with Mark Harris, who explains its dual function as entertainment and propaganda: the complementary agendas of Hitchcock and producer Walter Wanger, who saw the project as a chance to raise American awareness of fascism’s threat. That put Wanger in the minority in 1940s Hollywood, due to pressure from isolationist politicians and an industry afraid of losing foreign grosses. Even Foreign Correspondent hedges a bit, refusing to call the bad guys Germans, and giving them gibberish dialogue to keep their nationality vague. But that’s the tiniest fig leaf, and by the time the film ends with a Hecht-penned epilogue set beneath the streets of a London in the midst of being bombed, the fig leaf has fallen off.

As Jones explores the mystery, he becomes increasingly aware of the storm on the verge of breaking, yet the story of his awakening conscience fits nicely into the sort of brisk suspense film Hitchcock had already mastered during his years working in England. Foreign Correspondent was Hitchcock’s second American film, released the same year as Rebecca. Hollywood gave him a key collaborator in special-effects master William Cameron Menzies, who helped him create some remarkable setpieces, including a trip to a field filled with ominous-looking windmills, and a stunning sequence set aboard an airplane taking fire. Given a bigger toy box, Hitchcock made use of every item he could find. It’s nicely cast, too, with McCrea serving as a surrogate for an America that’s all too happy to leave the problems of Europe in Europe. As a Brit already too aware of the mounting danger, George Sanders provides a fine, charming foil for Jones’ reluctant pragmatism, and Edmund Gwenn, the future Kris Kringle of Miracle On 34th Street, gets a chance to play an amiable but pitiless killer.

It’s such an entertaining film that it’s almost possible to forget its didactic agenda, which is certainly part of the point. Yet the warnings are there from the start, and they grow more urgent as the film goes along, up to a moment when an unsuspecting woman, upon noticing the enemy battleship firing at the airplane carrying her across the Atlantic, says, “I’ve never heard of anything so stupid,” just before getting shot to death. The line makes a funny bit of drollery out of tragedy. In film and in life, the sort of story being told can change with little notice.

That Harris feature provides the best context for the film, explaining how it fits into other World War II films with propagandistic agendas. The other extras are similarly impressive, including a look at how Hitchcock and Menzies pulled off some of the effects, a “photo drama” about the spreading of rumors created by Hitchcock for Life magazine, and a 1946 radio adaptation starring Joseph Cotten that boils the action down to an economical 25 minutes. But the best feature is Hitchcock’s hourlong 1972 appearance on the Dick Cavett show, which finds the director reflecting on his career with his signature understatement and dark humor, much to Cavett’s amusement. At points, even Hitch almost cracks a smile.