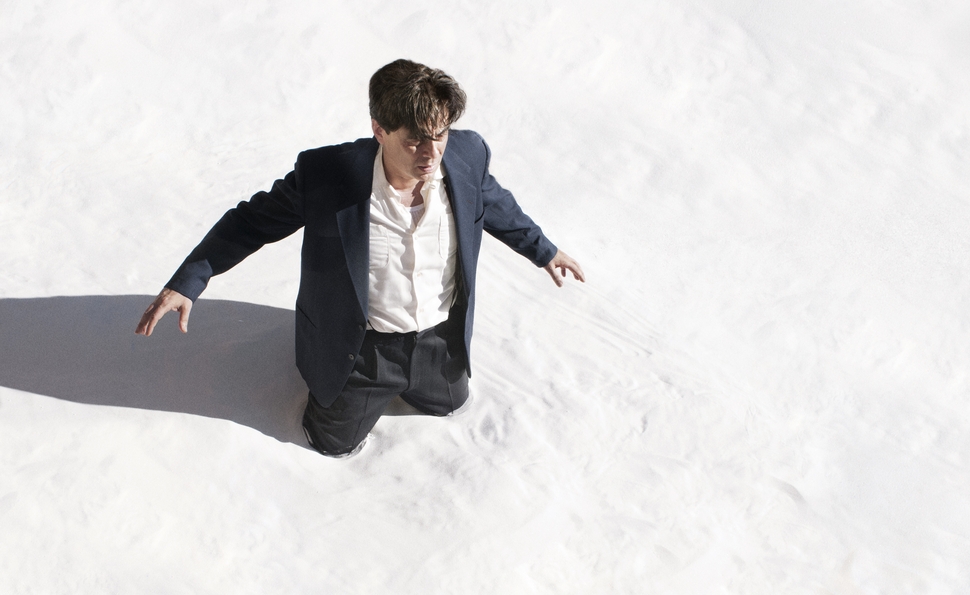 Since breaking through with the three-hour relationship study My Sex Life… Or How I Got Into An Argument in 1996, Arnaud Desplechin has made films that feel less like dramas than overflowing receptacles of ideas. Often, those films feature the spritely Mathieu Amalric, who can put the ideas across at a mile a minute. Kings & Queen and A Christmas Tale, two of Desplechin’s best films, thrive on constant flourishes of language and style; both are intricately structured yet feel absolutely spontaneous and unpredictable, as volatile as the odd souls populating them. At the same time, Desplechin is a capable of diversions like the underappreciated Esther Kahn, which visits another time and place—London in the late 1800s—and moves at a different speed than his other work, more measured and mannered, yet flush with mystery and scrupulous period detail.

Based on a case study by Georges Devereux, a French anthropologist and psychoanalyst, Desplechin’s latest curiosity, Jimmy P.: Psychotherapy Of A Plains Indian, offers the worst of both worlds. There’s a lot of talk and it’s a stiff and mannered period piece, living up to the harshest reviews of Esther Kahn, which may have something to do with both films being in English. With any visual flourishes kept to a minimum, Desplechin relies on the odd-couple interplay between Benicio Del Toro and Amalric as, respectively, a Native American who has returned from World War II with severe trauma, and a French doctor who uses Freudian techniques to get to the root causes. For the most part, the two men get along, as the analyst succeeds in drawing out traumas and insights from his patient; this leads to fascinating revelations, but precious little drama.

Speaking in a halting tone that alternately suggests a damaged psyche and a carefulness with words—and perhaps a little sleepiness as well—Del Toro plays Jimmy Picard, a Blackfoot army corporal who comes back from the war with severe, debilitating headaches. Despite a crack at the top of his skull, doctors at the top-notch Menninger Clinic in Topeka are at a loss to figure out the source of Picard’s problems, so they call on Devereux to discern whether the issue is more psychological than physical. So Devereux starts taking sessions with Picard in which he asks about his dreams and his mother, for starters; when Devereux’s lover (an underserved Gina McKee) pays an extended visit, she brings him the joke gift of a Freud beard and glasses.

Del Toro and Amalric present a startling contrast in acting styles—the former slow and contemplative, the latter a whirling dervish. Their sessions take up the bulk of Jimmy P., which naturally trails off into flashbacks and dream sequences whenever Picard feels inclined to share. Some racial issues surface, though maybe not as many as expected for Kansas in 1948, and the patient carries a note of suspicion and mistrust for his therapist. But mostly, these are small bumps in an otherwise congenial relationship. That’s fine enough as personal history—Picard and Devereux are both fully explicated characters by the end—but as drama, it’s turgid. It’s no accident that their one point of contention, over organized religion, leads to the film’s most riveting scene.

There’s a sense with Jimmy P. that Desplechin and his co-screenwriters, Julie Peyr and film critic Kent Jones, are doing everything they can to steer away from contrivance and stick as closely to Devereux’s recollection as possible. What they’re left with is a rigorous, keenly intelligent therapy session that’s largely absent of dramatic tension. The pain and sadness of Picard’s life are perversely relegated to another time and place, one the film can only visit from the distance of his recollections. By the end, Desplechin makes him known thoroughly, but not vividly.