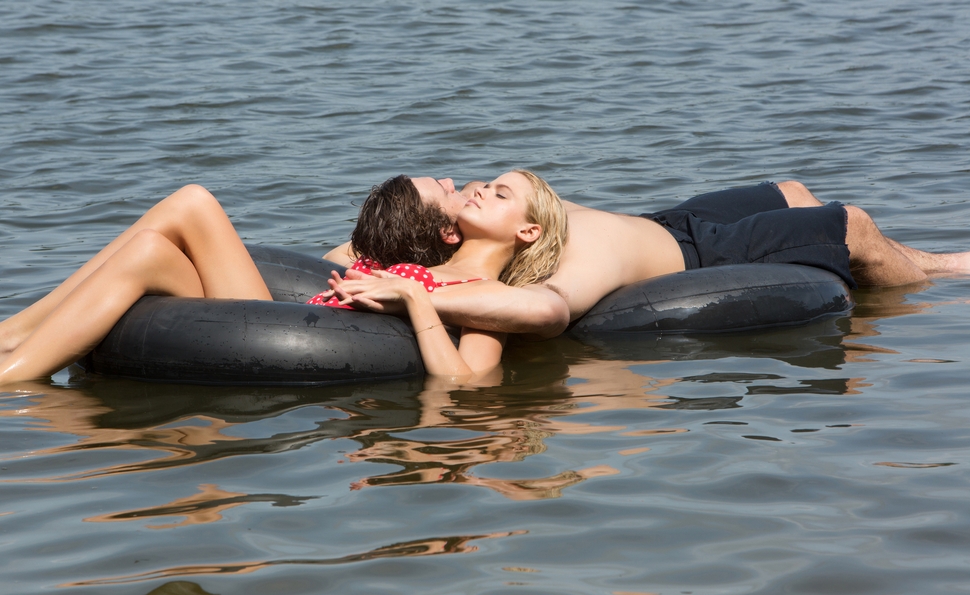 In September 2013, Scott Spencer, author of the novel Endless Love, published a piece in The Paris Review with these arresting opening lines: “Here’s what happens when Hollywood makes a really bad movie out of your novel. You cringe, you pretend you don’t care, you laugh when they play the bad movie’s theme song at weddings you attend, and you wait for the whole thing to pass.” Spencer is referring to Franco Zeffirelli’s 1981 adaptation of Endless Love, which turned a hard-edged book about obsession and derailed lives into a soft-focus teen romance starring Brooke Shields and the seldom-seen-again Martin Hewitt. The film is notable for featuring early performances by Tom Cruise and James Spader, inspiring the aforementioned Diana Ross/Lionel Richie theme song, and featuring some of the worst sex scenes ever put to film. (To get a look of ecstasy from the 15-year-old Shields, Zeffirelli squeezed her big toe until she winced in pain, according to a 1981 People article that’s fascinating for many other reasons.) Spencer goes on to express little optimism about the new adaptation that was still in the works when he published the piece, fearing it would be an even worse treatment of his novel. Perhaps he can rest easy in the knowledge that any resemblance between this Endless Love and his book is fleeting at best.

The resemblance to the least-demanding sort of YA fiction, on the other hand, seems intentional. He is David (Alex Pettyfer), a boy from the wrong side of the tracks. She is Jade (Gabriella Wilde), a smart, privileged girl who’s lived a sheltered life. They spent high school not talking to one another, but that hasn’t stopped David from seeing, as he explains in a gooey bit of opening voiceover, “the possibility of us.” After a cute escapade at a country club where David works as a valet, Jade sees the possibility, too. With little prompting, she’s on David like an electromagnet on a Buick, determined to make up for years of lost time during her last summer vacation before embarking on a demanding internship designed to feed into a medical career. He’s good for her, bringing a crowd to her party and a smile to her face, and she’s good for him, inspiring him to reconsider going to college. And everyone sees it, from Jade’s frustrated writer mom Anne (Joely Richardson) to her brother Keith (Rhys Wakefield) to David’s aw-shucks, salt-of-the-earth mechanic dad Harry (Robert Patrick, slowly morphing into Martin Sheen).

Everyone, that is, but Jade’s father Hugh (Bruce Greenwood). Still mourning the loss of a son from cancer, he likens David’s courtship of Jade to losing another child. The character turns the film from a love story to a tale of one man’s deepening psychosis, as he attempts to put one barrier after another between the young lovers. But, the film insists, any obstacle can be barreled over by a young-lovers-having-fun montage set to sensitive music.

Director Shana Feste brought an occasionally entertaining fondness for melodramatic extremes to her 2010 film Country Strong, but here, she colors inside the lines. Working from a script co-written by Joshua Safran, a veteran of the TV shows Gossip Girl and Smash, Feste puts her photogenic cast through the expected paces in what ultimately becomes a conflict between a perfectly unobjectionable summer romance and a father unaware of the deleterious effects of the bug up his ass. Greenwood and a dewy-eyed Richardson overcompensate for younger leads not trying hard enough. Pettyfer and Wilde look the parts, but any scenes asking them to emote quickly turn disastrous. (A supporting cast of suspiciously mature-looking “teen” friends, one of them sporting a pair of distractingly inflated lips, doesn’t help.)

If there’s any redeeming value to the film, it’s as a case study of how far an adaptation can stray from the source material while still remaining, technically, an adaptation. The film features many scenes with analogues to the novel, but they’ve been emptied out and drastically reworked, most notably a house fire that sets the novel into motion, but here shows up much later, and serves a considerably different purpose. That purpose, as with every element in the film, is to confirm the rightness of Jade and David’s passion for each other, any outside objections be damned. That’s far removed from the source, but more troublingly, presented in the least challenging way possible. Of course these kids belong together. They look great next to each other! Endless Love never tries to look beneath that pretty surface. Or maybe it doesn’t dare, knowing there’s nothing to be found.