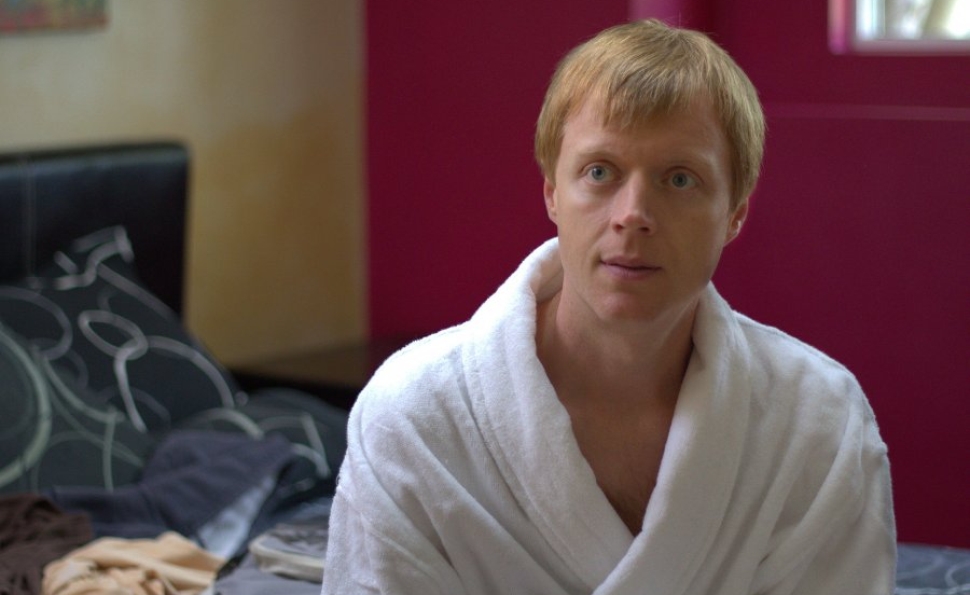 If anything, Anderson was being overly generous, despite his abundant movie-within-a-movie footage of abysmal acting and dialogue, because he cares so much about these outcasts, and locks into a director’s dream of making “a film that is true and right and dramatic.” Because the true tone of story-driven porn—and look no further than Deep Throat as an example of this—was usually as glib, smarmy, and “clever” as the premise of a sexually frustrated woman with a clitoris in the back of her throat. In that respect, the vile indie horror movie Lucky Bastard is a throwback to the supposed 1970s Golden Age when ambitious pornographers thought they were being smart and knowing about sex and the industry, but sprained their tongues from pressing too hard into their cheeks. Though the film’s look and conceit is purely 2010s—found-footage, multiple cameras, Internet-driven—its smugness is vintage Van Nuys.