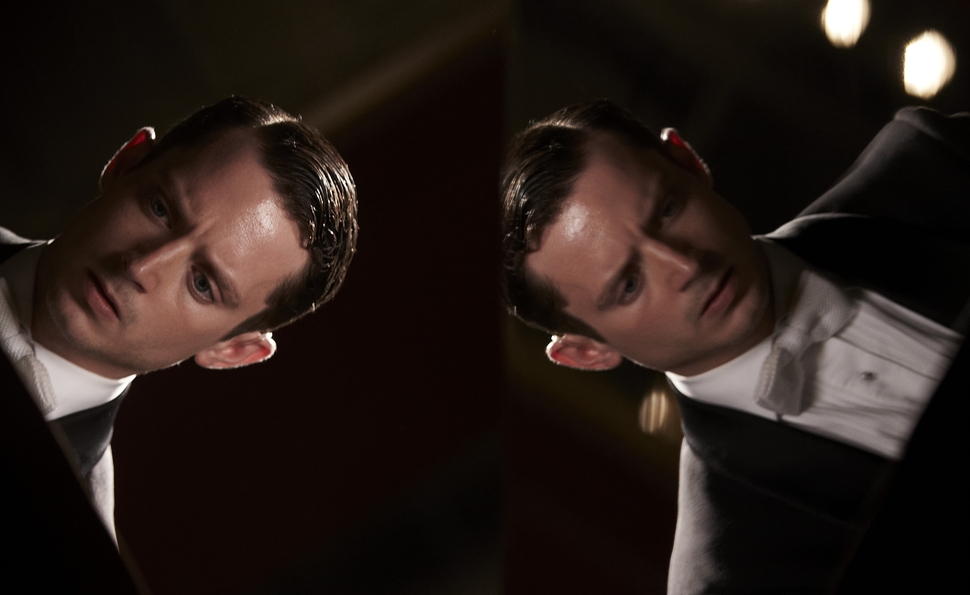 Damien Chazelle is just shy of turning 30, but he’s already written and directed Whiplash, a drama that triumphed at Sundance, attracting a tornado of positive buzz and winning top prize in Dramatic Competition. Whiplash hits theaters later this year, but first up is Grand Piano, a Chazelle-scripted film that plays like its bizarro-world twin. Both films center on frighteningly intense, tormented young musicians in crisis who square off against a nemesis who might inspire them to play more brilliantly than they ever imagined possible—or who might destroy them, psychologically or literally. And both are committed to actually showing the physical act of performing music for extended periods of time. They’re the rare movies about music that show an interest in the process of making it.

In Whiplash, that young musician is a singularly committed drummer played by Miles Teller, who faces off against a terrifying teacher/mentor played by J.K. Simmons. In Grand Piano, the brilliant but anxiety-ridden, semi-reclusive pianist Tom Selznick (Elijah Wood) faces an unexpected challenge when early into his big comeback concert in Chicago, he squares off against Clem (John Cusack), a deranged lunatic who threatens to murder Tom and his beautiful, successful actress wife if he plays a wrong note during the show.

The film begins by unloading exposition about an incident five years earlier, when Tom failed to perform an impossible piece of music during what became his last show. The info-dump also includes Tom’s complicated relationship with his late teacher and mentor, and the special nature of the piano he’s playing in the concert. In dialogue that reflects the pleasingly pulpy nature of both the screenplay and the film, a radio personality interviewing Tom over the phone posits his comeback performance as nothing short of his “last chance at glorious redemption,” as well as his “one shot to forever.” Alas, those still aren’t high enough stakes for the filmmakers. So not long after Tom sits down to play the most important concert of his life, he discovers threats scrawled in red in his score, saying a man with a sniper rifle will murder him if he screws up a single note.

Tom begins communicating through an earpiece with Clem, and their conversation veers from raspily delivered threats (Cusack seems to be channeling Alec Baldwin’s authoritative growl throughout the film) to more general taunts involving Tom’s life and career. Clem tries to get inside Tom’s head and exploit his anxieties and feelings of inadequacy, but he isn’t exactly Hannibal Lecter when it comes to understanding or manipulating the human mind. There’s a sly joke in Clem’s resentful assistant (a funny Alex Winter) treating Clem less like a brilliant mastermind, and more like an asshole boss with a really convoluted scheme.

Grand Piano generates a certain level of suspense by keeping Clem’s motivations opaque. Is he motivated purely by revenge? Or is he a deranged aesthete intent on hearing a complicated piece of music performed perfectly, even if he has to rack up a body count in the process? The tension in Grand Piano deflates once the villain’s motivations become more apparent, even as those motivations are both depressingly banal and Bond-supervillain-level insane.

To its credit and sometimes detriment, Grand Piano keeps a frothing-at-the-mouth level of insane melodrama going for 75 minutes, aided by Wood’s sweaty, terrified performance, a screenplay rich in ridiculous contrivances, and a swooping camera that never stands still. The breathlessly paced Grand Piano doesn’t have time to wear out its welcome; despite the highbrow culture at its center, the film is an unabashed B-movie. With Whiplash, the gifted Chazelle made a solid movie that at its most feverishly inspired approaches greatness. With his pulpy, preposterous, ultimately extremely fun screenplay for Grand Piano, Chazelle at least created the blueprint for an entertaining bad movie.