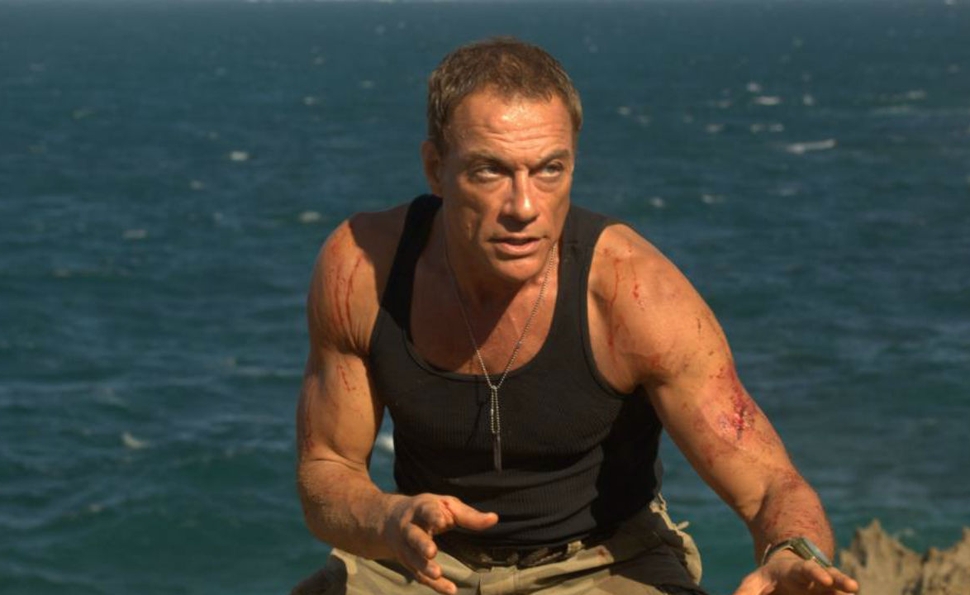 Welcome To The Jungle

Comedies’ goal is laughter above everything else, and in that pursuit, they’re sometimes allowed surprising leeway in terms of plot and tone. Welcome To The Jungle, about an ad-agency team-building exercise gone horribly wrong, takes that breathing room and runs with it. The film starts off as an office comedy with nods toward The Office and Dilbert, and feints toward Full Metal Jacket. Then, as the cast ends up on a remote island, it gleefully devolves into Lord Of The Flies. The archetypal moment may be the charmingly awkward, obviously fake battle between Jean-Claude Van Damme and a tiger—logic and suspension of disbelief casually defied in the name of high-camp vaudeville.

Van Damme, as team-building coach Storm, appears to be having the time of his life parodying every other role he’s ever played. The rest of the actors seem to enjoy the script’s loony opportunities as well: Rob Huebel as the evil VP Phil swings from corporate backstabber to lunatic Kurtz without ever losing touch with his oleaginous essence, while Kristen Schaal as Brenda gets to launch into discursive monologues about everything from bunny rabbits to the state of her bowels. Adam Brody as diffident beta-male hero Chris has less room for overacting, but he still manages to sell his role, remaining low-key and earnest in the face of escalating preposterousness.

In addition to the absurdist comedy, Welcome To The Jungle has a satiric edge. The movie is smart enough to make the connection between petty boardroom oneupmanship and action-movie tropes, and deft enough to ridicule them both for their panicked performance of testosterone. Chris’ boss (played by Dennis Haysbert) strokes his corporate awards suggestively. Van Damme emits crazed primal screams one moment and flinches from needles at the next, in an ecstasy of macho self-parody. Multiple onlookers comment on the homoeroticism of Chris and Phil’s final mud battle.

The film is hyper-aware of the ridiculousness of the patriarchal obsession with masculinity-as-penis-size—and yet, in the end, and rather helplessly, it’s still mired in a banal narrative of masculine self-actualization. The plot comes down to Chris trying not to be (as the film delicately puts it) “the world’s biggest pussy.” Since the focus is on Chris’ manliness or lack thereof, his romantic interest Lisa (Megan Boone) is, inevitably, the only character in the film who doesn’t have anything interesting to do. She looks attractive, she expresses sincere sympathy when Chris talks about how he’s just too darn nice, and she waits patiently for him to complete his narrative arc and become the kind of man who can sweep her off her feet. Comedy frees up the plot and allows even Van Damme to play against type, but there are limits. The leading lady still has to be dull.

So Welcome To The Jungle abandons its own doofy tiger in favor of Chris’ more conventional, generic inner beast. That’s disappointing, but not exactly surprising. As the film suggests, it's hard to escape the corporate calculus, no matter how far from the office you try to travel.