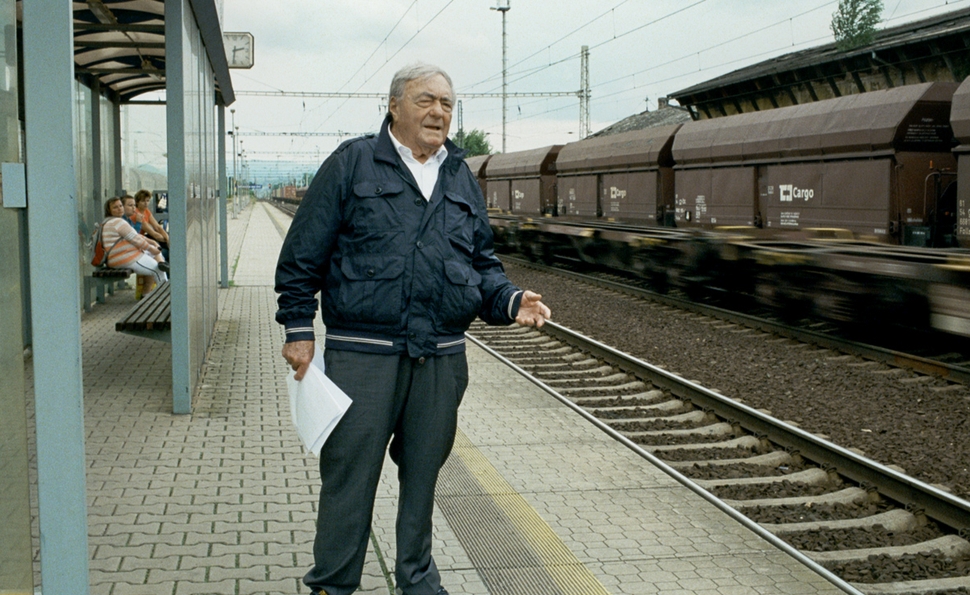 The Last of the Unjust

Throughout the 1970s and early 1980s, Claude Lanzmann filmed interviews with people associated with the Holocaust, culminating in his famed 1985 documentary Shoah. At more than nine hours, it’s among the longest films ever to be commercially released—yet it barely scratched the surface of Lanzmann’s material, which reportedly encompasses 350 hours of footage. In the four decades since, he’s crafted several additional features from the conversations he shot back then, including 1999’s A Visitor From The Living; 2001’s Sobibor, October 14, 1943, 4 PM; and 2010’s “The Karski Report.” Each of these supplements concentrates on a single individual, and each is relatively short: 65, 95, and a mere 48 minutes, respectively. By contrast, The Last Of The Unjust, Lanzmann’s latest report from the vault, runs close to four hours, though it has the same narrow focus as its predecessors. It’s a valuable historical document, to be sure; as a movie, however, it’s a dry, grueling experience, lacking Shoah’s monumental grandeur. Only Holocaust scholars and/or Lanzmann completists are likely to want to wrestle with it.

Lanzmann’s subject this time is Benjamin Murmelstein, former president of the Jewish Council in the Theresienstadt ghetto. Merely holding that particular position makes Murmelstein a collaborator in many people’s eyes, though he was acquitted of war crimes; Council members served as a liaison between their doomed peers and the Nazi regime, walking a tightrope between aiding and hindering the Final Solution. (It’s important to remember that open defiance generally meant instant death.) Murmelstein was the only such official to survive World War II (he died in 1989), and he tells a number of blandly chilling stories about working directly for Adolf Eichmann, always taking care to minimize his own culpability in any atrocities. Lanzmann, as ever, asks questions relentlessly, never settling for superficial or evasive replies. Their exchanges, which take place over a period of several months, sometimes get politely testy, and the overall impression is that of a man who’s spent the better part of three decades building an impermeable fortress of self-justification. At the same time, who can say they would have acted differently?

Fascinating though he is, Murmelstein is ultimately a footnote in the history of the Holocaust, and 218 minutes in his company comes to feel like overkill—something more appropriate for a museum or research center than for a multiplex. There’s a monotonous sameness to the 1970s interviews, to the point where they begin to resemble a deposition rather than a testimonial. The film’s most compelling footage was shot recently, with Lanzmann himself, now elderly, standing in the modern-day locations where events or interviews took place decades earlier; there’s a poetic melancholy to shots of ordinary commuter trains trundling along tracks that once carried thousands of Jews to the ghetto. For Lanzmann, however, information always trumps aesthetics, and he spoils some of these powerful mental juxtapositions by reading lengthy excerpts (on-camera) from a book Murmelstein wrote, assaulting viewers with words when an image would have sufficed.

It might be argued that content is far more important than form when it comes to subject matter this weighty, but Lanzmann is by no means above manipulation for effect when it suits him. In his final conversation with Murmelstein, the camera follows them for a while as they walk and talk down a city street, then suddenly stops and watches as they turn around and walk off silently in the opposite direction, immediately after Murmelstein says something appropriately conclusive. Given that Lanzmann is in this lengthy shot, it’s hard to fathom how he could have directed his cameraman to stay put on the fly, which means the trajectory must have been conceived in advance. It’s a suspiciously perfect ending, and the man who engineered it might have done more to fashion a film, rather than a document.