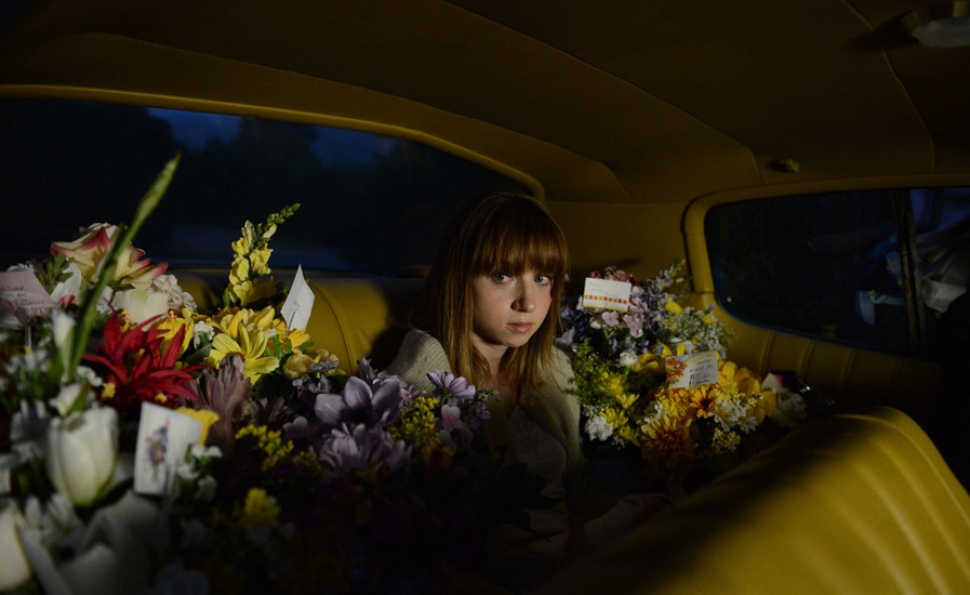 Before The Pretty One even gets to its ludicrous premise, it makes zero sense. Who’s the pretty one: Ashley or Mary-Kate Olsen? Tyler or Cameron Winklevoss? A movie about two sisters, one of whom is allegedly an ugly duckling, ideally should not involve identical twins, but that’s the setup here: Laurel (Zoe Kazan) and Audrey (also Zoe Kazan) were born just two minutes apart, yet the former resembles a Quaker, while the latter looks ready to step onto a runway. Arnold Schwarzenegger and Danny DeVito made only slightly less credible twins.

This patent absurdity is necessary to kickstart the film’s weirdly repugnant plot, which sees Laurel—the not-so-pretty one—adopting Audrey’s identity after they’re both involved in a car accident, which Audrey doesn't survive. Because Audrey had just dragged Laurel to the hairdresser’s for a makeover, the sisters actually did look identical at the time of the crash, unbeknownst to anyone else; conveniently, Audrey’s body was burned beyond recognition, so her family just assumes Laurel is Audrey. And since Laurel has always felt like a loser—an insecurity reinforced by the apparent lack of genuine sorrow at “her” funeral—she chooses not to correct the error. Instead, she moves into Audrey’s big-city duplex, takes over her job as a real-estate agent, and embarks on a romance with the tenant next door, Basel (New Girl’s Jake Johnson, who apparently only works with Zooeys and Zoes).

Kazan is such a terrific actress that she inadvertently makes this scenario even less believable than it would be otherwise—her performances as Laurel and Audrey are so distinct that it’s immediately apparent which one survived the accident, even though writer-director Jenée LaMarque cuts straight from the impact to Kazan in a generic hospital gown, with no visual clues about her identity. Yet not even her loving father (John Carroll Lynch; Norm in Fargo) seems to recognize the difference, rationalizing “Audrey”’s unusual demeanor as post-traumatic shock. Meanwhile, Audrey’s friends and coworkers are all surprised by her sudden sweetness and sensitivity. (In keeping with cliché, the pretty one was kind of a bitch.) Even Basel, whom the real Audrey treated with unceasing contempt, and was trying to evict just before her death, doesn’t seem fazed by this woman’s abrupt romantic interest in him.

All in all, The Pretty One is too lightweight to justify such a disturbing act of reinvention—there’s even a self-conscious cover of “It Might Be You,” Tootsie’s theme song, over the end credits. But nobody died in Tootsie, nor was anyone deliberately misled into thinking a loved one had died. That’s some serious shit, and it can’t be lightly glossed over to secure a happy ending.