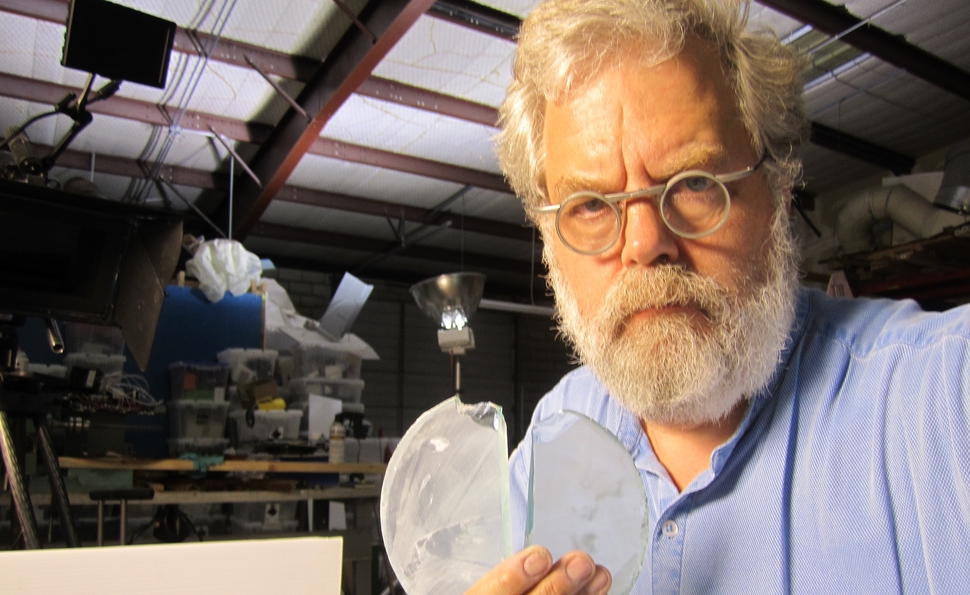 Teller is an artist who thinks like a technician, which explains everything right and wrong with his documentary Tim’s Vermeer. With his partner-in-magic Penn Jillette—who co-produced and narrates Tim’s Vermeer—Teller has spent nearly 40 years deconstructing tricks and illusions onstage, revealing some of the secrets of prestidigitation to earn the audience’s trust, then surprising them with moments of wonder. With Tim’s Vermeer, Penn and Teller investigate one of the enduring mysteries of the art world, via a project by their longtime friend Tim Jenison, but what they don’t do is throw in a topper, the way they so often do in their talk-show appearances and Vegas sets. Tim’s Vermeer is more of an engineering lecture. And while it’s edifying in and of itself, it’s almost more fascinating because of the reasons it never transforms into anything else.

Tim’s Vermeer had its origins in a casual conversation between Penn and Jenison, a wealthy inventor/hobbyist who helped create Video Toaster and LightWave 3D. Jenison mentioned to Penn that he’d become fascinated by David Hockney and Philip Steadman’s theories about how Johannes Vermeer might’ve achieved his pre-photography photo-realistic effects through the use of mirrors and lenses, and that he’d begun testing those hypotheses by building his own 17th-century projection device, intending to paint his own Vermeer. Penn said the process needed to be documented, and Teller stepped in, watching as Jenison spent years (and crazy dollars) building an elaborate optics device that essentially turns any painter into a human camera.

Merely hearing or reading about Jenison’s contraption won’t do. To understand how it works, it’s essential to see it in action—to watch Jenison daub oils onto a canvas containing a projection of the finished image, as though he’s doing a paint-by-numbers. Tim’s Vermeer shows Jenison demonstrating his machine on a smaller scale, to painters and art experts, including Hockney and Steadman. (While showing it off to comedian/painter Martin Mull, Jenison admits he initially hit a snag because it took him about 30 minutes “to learn how to operate a paintbrush.” Mull glares at him and deadpans, “Good for you. It took me 40 years.”) Then Jenison embarks on his biggest proof-of-concept: painting a near-indistinguishable copy of Vermeer’s “The Music Lesson.” To do it right, he makes his own lenses and paints, reconstructs the room in the painting precisely, and brushes delicately and slowly at the canvas for months on end.

Tim’s Vermeer is a highly entertaining, provocative film about an amazing experiment, and it’s straightforward in its presentation and aims, throwing no curveballs. The documentary makes a solid case for Jenison’s speculations about Vermeer, but isn’t as great of a test of his theory that art itself can be rendered objectively. Jenison believes anyone who follows his methods will produce finished work that’s nearly identical, but aside from a brief, inconclusive side-by-side trial, Tim’s Vermeer doesn’t really try to prove Jenison right. Nor does Teller have Jenison answer the question of whether his invention will only produce imitation Vermeers, no matter how it’s used. And while Jenison is working to take the subjectivity out of art—with Penn and Teller’s approval—no one bothers to ask whether there was any subjectivity involved when Vermeer dressed a room, hired models, and arranged a composition.

Ultimately, Tim’s Vermeer plays like a feature-length version of Penn and Teller’s conventional-wisdom-defying Showtime series Bullshit!, albeit more earnest and less smart-assed. Even in its own plainness, Tim’s Vermeer argues against pretension, redefining art as the fusion of craft and perseverance, not as the result of some intangible genius. But that’s a message that clearly means a lot to Teller, who has written about how performing magic at a high level requires only preparation and technological know-how. In a Smithsonian article, Teller wrote that the key to magic is, “Make the secret a lot more trouble than the trick seems worth. You will be fooled by a trick if it involves more time, money and practice than you (or any other sane onlooker) would be willing to invest.” So flawed though it is, Tim’s Vermeer may be more personal than it seems on the surface. It’s Teller’s cool, confident homage to process.