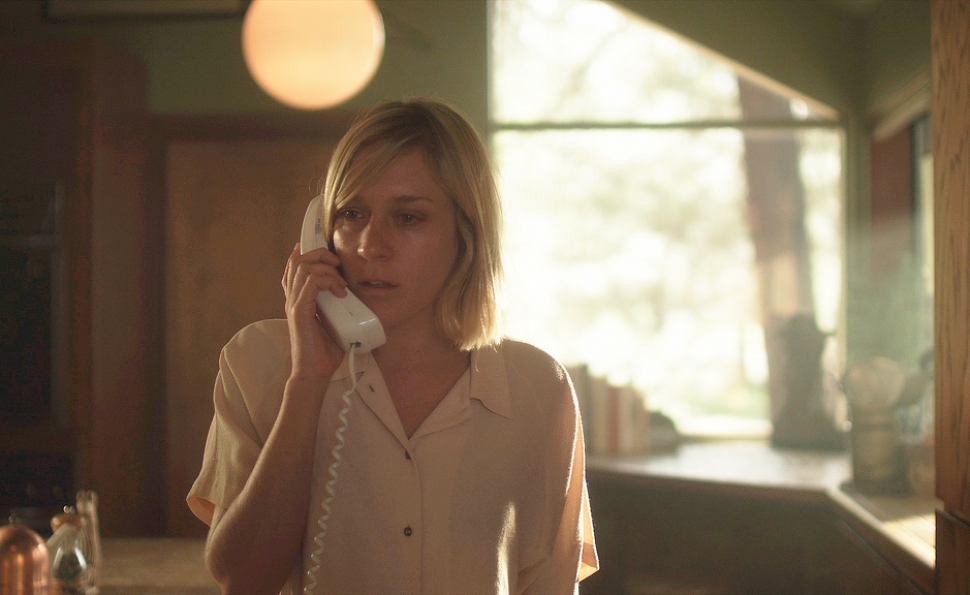 Every so often, the call goes out to banish the word “pretentious” from arts criticism. That’s a worthy impulse, overall, because the word does tend to be overused, serving as a knee-jerk dismissal of anything even remotely out of the ordinary. But when the ratio of affectation to meaning gets as lopsided as it does in The Wait, there’s really no other conclusion to draw. Writer-director M. Blash—even the name is kinda pretentious!—previously made the little-seen feature Lying, starring Jena Malone and Chloë Sevigny (among others); it was the kind of aggressively inchoate quasi-narrative that gives independent films a bad name. The Wait, centered on the same two actors, is more of the same, heaping endless po-faced portent on a scenario so inherently silly that it could be the basis for a comedy.

Like many movies, this one begins with a corpse, which is first seen being tenderly cared for by a young woman named Angela (Malone). Angela’s mother has just died, and a call has already been placed to the funeral home, which will naturally send someone over to collect the body. Before that happens, though, Angela’s sister, Emma (Sevigny), receives a mysterious phone call from an unknown party who makes several vague, ambiguous statements, all of which seem to imply that Angela and Emma’s mother will shortly return to life. That’s how Emma interprets it, in any case, and when the funeral home arrives, she informs them that there’s been a mistake—Mom isn’t dead yet after all. She then spends all her time alternately guarding the body and preparing a big party to celebrate this miraculous resurrection, while Angela tentatively flirts with a hunky neighbor (Luke Grimes), and their kid brother Ian (Devon Gearhart) wanders around doing not much of anything.

“Not much of anything” is a fair description of The Wait as a whole, actually—the film is aptly titled in more ways than one. Its wheels spin uselessly once the goofy premise has been established, with Blash, who does demonstrate some skill with composition, hitting the same note of bland foreboding (symbolized by nearby forest fires) over and over. One odd, tasteless digression, involving the father (Josh Hamilton) of Ian’s best friend, uses real-life footage of a little girl being hit and killed by a train, shown repeatedly without even remote justification. Malone does what she can with her generic romance, which would be of zero interest without the ostensible spookiness surrounding Mom’s death to serve as counterpoint, but Sevigny is left adrift with nothing credible to play, and dreamy abstraction isn’t her forte. When the climax finally arrives, it’s a deliberate damp squib. While Blash intends The Wait to be a study in stasis, depicting emotional paralysis in various forms, the thin, amorphous nature of both this film and Lying suggest that he simply doesn’t have much to offer apart from uncontextualized moodiness. Is it wrong to point out, via a much-maligned adjective, that he pretends to offer a great deal more?