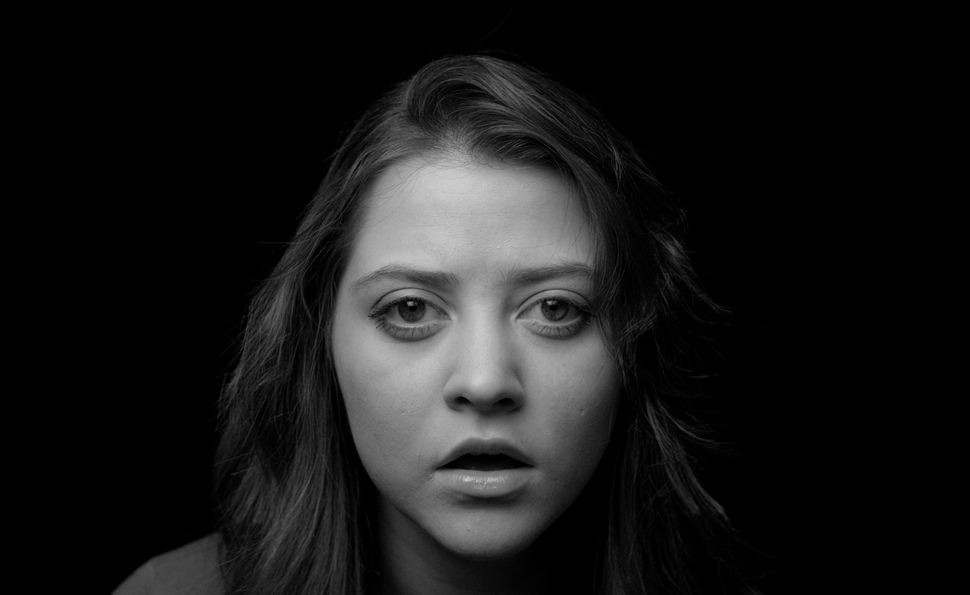 Godfrey Reggio’s new film, Visitors, isn’t an official sequel to his “Qatsi” trilogy, but thematically, it picks up right where 2002’s Naqoyqatsi left off. With 1982’s Koyaanisqatsi (“life out of balance”) and 1988’s Powaqqatsi (“life in transformation”), Reggio considered modern man’s broken relationship with nature, contrasting footage of cities and remote villages with majestic shots of animals and natural wonders. Naqoyqatsi—translated as “life as war”—took a slightly different approach, using more stock footage and special effects, as Reggio framed the mind-expanding possibilities of technological advancement within the context of the centuries of people who’ve used new machines to compete with and ultimately slaughter each other. With Visitors, Reggio again gives himself over to more overt stylization: The film consists almost entirely of long, slow-motion takes of faces and places, shot in stark black and white with little or no backgrounds. And again, Reggio is contemplating—and judging, just a little bit—how people interact with technology.

The title of Visitors reflects the overall tone and theme of the piece. The film is a poetic and lulling mediation on humanity as some kind of ancient alien race, which Reggio means to isolate and examine, as though he’s never encountered them before. Reggio makes the familiar seem strange, whether he’s taking a worm’s-eye view of a skyscraper or showing a crowd of people reacting to a sporting event in such extreme slo-mo that they look to be simultaneously in agonizing pain and in the throes of ecstasy. But it’s the scenes of people clicking, dragging, pinching, typing, and working game controllers that are the strangest and most striking in Visitors. When Reggio removes the devices completely, what’s left are human hands contorting inexplicably, looking like freaky dancing spiders. There are only 74 shots in Visitors, and the best of them rest somewhere between wonder and dismay, showing how mankind has already evolved into something unrecognizable to the world of just a generation ago.

Reggio’s filmmaking has evolved too—although Visitors is still clearly the work of the man who made Koyaanisqatsi. It has a lush, entrancing Philip Glass score, and it has Naqoyqatsi editor Jon Kane working closely with Reggio to maintain a pace that first relaxes viewers, then jolts them with surprising juxtapositions. Visitors is less dynamic than the Qatsi trilogy, and more deliberate; it creeps along, never reaching for the kind of crescendoes that the earlier films achieve. As if to compensate, the actual cinematography (handled by a team of camera-folk) is museum-quality beautiful, catching the subtleties of light and shadow as it plays across old buildings and body parts.

But as always, the main reason Reggio’s films resonate is the moments that stick in the mind long afterward, laden with meaning, yet defying easy interpretation. Reggio is one of the few filmmakers with the clout and reputation to get a costly feature-length abstraction like Visitors made and distributed, and that’s due in large part to how reliably he can craft images that make audiences gasp in awe—even when when he’s bumming them out by depicting the dizzyingly rapid decay of society and the environment. In Visitors, the camera creeps slowly along a river under a flowering tree, creating a 3-D effect without glasses. It holds on the face of an ape, which is initially turned away from the camera, then pivots its head, somewhat alarmingly, to look straight into the audience. Why the tree? Why the ape? Some of what Reggio is trying to say is obvious, and some is elusive. Either way, the effect is remarkable.