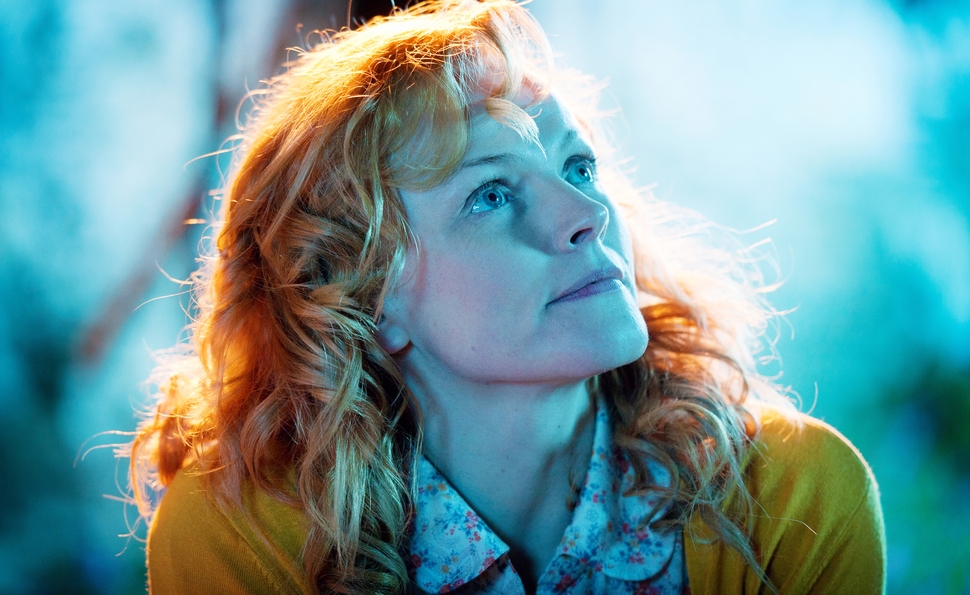 One of 2013’s most surprising casting decisions found Saturday Night Live comedian Will Forte at the center of Alexander Payne’s moving drama Nebraska, expertly playing the straight man. A month before that film premièred at Cannes, however, Forte had already turned up in an even more explicitly dramatic role—and in an Irish film, no less. Run & Jump got little attention at the Tribeca Film Festival, but anyone who saw it would have already known that Forte is capable of embodying a quiet, charismatically ordinary guy; viewed in tandem, the two performances suggest a rich career ahead, with less mugging than MacGruber fans would ever have imagined. But where terrific acting was a starting point in Nebraska, it’s the sole attraction of this tepid quasi-romance, which never succeeds in creating a compelling context for the lost souls it shoves together. In fact, it never even finds a sensible reason to be called Run & Jump.

For a while, Chirp & Mope seems more accurate. The former is represented by Vanetia (Maxine Peake), a vivacious young woman whose husband, Conor (Edward MacLiam), recently suffered a stroke. Though he’s made a full physical recovery, Conor is no longer the man she married; brain damage has permanently altered his personality, transforming him from a passionate, fun-loving fellow (seen in brief flashbacks) into a sullen, borderline-autistic misanthrope obsessed with animals and useless woodworking. Consequently, all Vanetia’s bubbly enthusiasm gets redirected toward the family’s new guest: a mopey American neuroscience researcher named Ted (Forte), who’s there to document Conor’s singular condition. As Ted slowly emerges from his shell, he also begins to take a keen interest in Conor and Vanetia’s teenage son (Brendan Morris), who’s being bullied at school. Before long, neighborhood tongues start wagging—with cause, given the dreamy looks Vanetia and Ted keep tossing each other.

That’s a promising scenario, though a somewhat programmatic one, and first-time feature director Steph Green coaxes superb complementary performances from Peake and Forte; a scene in which Vanetia tries in vain to get Ted to dance with her in her kitchen late at night beautifully captures their tentative push-pull, and deftly avoids the predictable capitulation. Ailbhe Keogan’s screenplay falters badly, however, when it comes to Conor, whose almost-infantile behavior renders him dramatically toothless. Whether it’s possible to go on loving somebody who’s no longer himself is a momentous question that this movie largely ducks, ultimately providing an answer that seems imposed from without rather than arrived at organically. This, in turn, makes the delicate minuet performed by Vanetia and Ted feel less than urgent. While the script insists that Conor is a now-mysterious impediment to their latent desire, he comes across more like a troublesome child who keeps interrupting whenever mommy and daddy try to have some alone-time. Not even Forte’s impressively Freudian beard can make emotional sense of this two-and-a-half-sided love triangle. There’s no question whatsoever now, though: The guy can act.