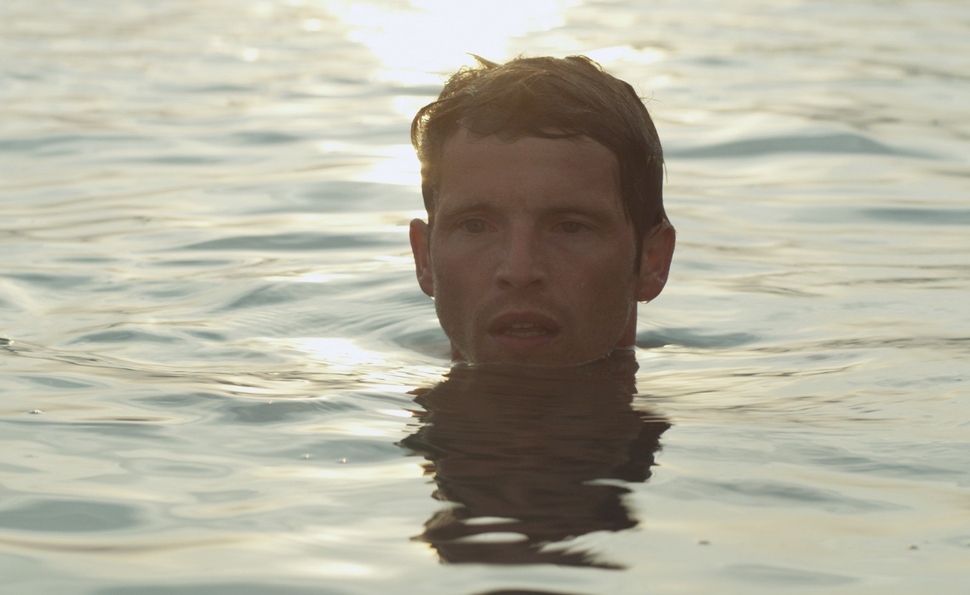 Stranger By The Lake

The primary setting of Alain Guiraudie’s Stranger By The Lake is a secluded sliver of beach, buttressed by a placid expanse of sun-dappled water and a forest that requires a short hike between the sand and the makeshift parking lot. It is a simultaneously private and public space, where gay men are free to swim and sunbathe in the nude and hook up for furtive fuck-sessions in the surrounding woods. For a marginalized culture, there’s good reason to be territorial and protect this area from outsiders of any kind: There are no rules here, no limits to the unending pursuit of pleasure without attachment or consequence. (The existence of HIV/AIDS is never acknowledged, neither explicitly nor in the bouts of unprotected sex.) It’s a blissfully uncomplicated milieu, and its regulars intend to keep it that way, even after it’s fouled by murder.

Since premièring at Cannes last year, Guiraudie’s film has been compared to Alfred Hitchcock’s work in its diabolical mix of desire and suspense, but it has its own beautiful, languorous allure. Queer films—or straight films, for that matter—are rarely this startlingly explicit, but Guiraudie doesn’t aim to shock or provoke, at least on a surface level. He aims first to capture the milieu, almost to the point where Stranger By The Lake feels more like a slice of life than something that will eventually take shape as a thriller. And even when the plot kicks in and the stakes get raised, there’s a casualness to Guiraudie’s approach that’s singular and admirably defiant of genre expectations. He’s setting a scene. Tension insinuates itself later.

Existing somewhere in the spectrum between blank and enigmatic, Franck (Pierre Deladonchamps) navigates the scene confidently, cruising for sexual partners with the same ease in which he slips into the water for a skinny-dip. Franck becomes unlikely friends with Henri (Patrick d’Assumçao), a straight, portly, middle-aged man who sits at the edge of the beach and stares out at the water, for lack of anything better to do. Franck turns to Henri for companionship and counsel, but his libido takes him into more dangerous territory. He’s drawn to Michel (Christophe Paou), a mustachioed stud of the vintage Burt Reynolds kind, and he isn’t entirely repelled when he witnesses Michel drowning a previous lover in the lake at dusk.

The way Franck pursues a sexual relationship with Michel, knowing he could face the same fate, puts Stranger By The Lake on the razor’s edge between danger and desire, but that makes it sound like a queer version of a post-Basic Instinct Shannon Tweed vehicle, and Guiraudie isn’t interested in that. In fact, the detective (Jérôme Chappatte) who occasionally ambles onto the beach to ask questions partially works to set the tone—justice is being pursued, but not with cop-on-the-edge urgency. Guiraudie approaches “thriller” material with a casual curiosity that’s entirely in keeping with Franck’s seemingly inexplicable decision to gamble his life for his libido, and actively work to obfuscate the truth of what happened. It’s an ongoing irony in the film that these constantly naked men are so vigilant in covering up.

There’s a distinct moral sharpness to Stranger By The Lake: Guiraudie questions the limits of heedless sexual indulgence at the expense of all other considerations. At the same time, he ties Franck’s behavior to a subculture that’s still cordoned off by society, and has reason to close ranks and protect itself from outside judgment. The first reaction to Franck taking up with Michel may be utter disbelief, but the second and third are something else entirely—Guiraudie makes Franck’s motivation the true puzzle of Stranger By The Lake, and a quietly riveting one at that.