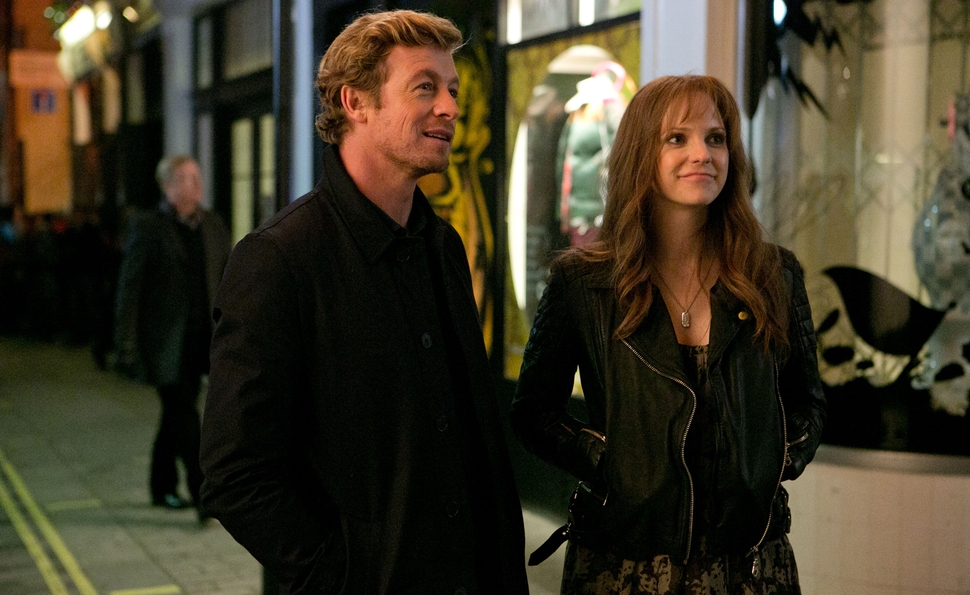 I Give It A Year

Writer-director Dan Mazer is at odds with himself in his movie I Give It A Year. He’s trying to make two things at once: an observational comedy about the real-life pettiness that squashes romantic relationships, and a high-concept rom-com populated by broad characters. Mazer is capable of getting laughs in both modes. As Sacha Baron Cohen’s longtime writing partner—on Brüno, Borat, Da Ali G Show, and more—Mazer is adept at the outrageous, coming up with bizarre situations that generate shock-guffaws. He also has an ear for how couples actually bicker, and what they bicker about. The problem is that these two styles don’t blend well, and the default middle ground between true-to-life and wacky in I Give It A Year turns out to be a place of dreary artificiality. The movie is in trouble early, when a character describes the opening wedding as being “just like a Hugh Grant film,” and she’s right. It’s hard for a filmmaker to subvert clichés while embracing them.

The bride and groom in question are Natasha and Josh, played by Rose Byrne and Rafe Spall. She’s a high-class corporate shill; he’s a slobby novelist with an adolescent’s sense of humor and responsibility. They meet at a party, hit it off, and get married six months later. Then they try to defy the skepticism of their friends and family by sticking with a marriage that’s clearly a mistake. Their resolve is tested when Josh’s ex-girlfriend Chloe (Anna Faris) returns from a long stint of overseas charity work and he realizes he still loves her, while Nat is entranced by a wealthy, handsome client named Guy (Simon Baker) who shares her tastes.

That’s a good idea for a comedy: two opposites who ultimately don’t attract, and who wish they could scramble back to the comfort of the things they prefer, if only they didn’t feel obligated to go for the happy ending. I Give It A Year is at its best when Mazer is sticking with Josh’s annoyance at Nat for singing the wrong lyrics to songs on the radio, and Nat’s embarrassment at the way Josh always wears, says, and does the wrong things in public. It’s more than just a period of adjustment with these two; they’re trapped in an impossible relationship, and Mazer explores their growing panic honestly and amusingly.

Or at least some of the time. He also works in jokes about how Josh forgets to replace the toilet-paper roll when it runs out, and about his embarrassment at trying to buy Nat fancy lingerie—neither of which are exactly the freshest ideas for a relationship comedy. And Mazer keeps throwing his heroes in front of real nutballs, such as a clueless couples’ therapist played by Olivia Colman, and an attorney obsessed with what Josh and Nat would do if either of them were in a “persistent vegetative state” (though the lawyer has trouble saying “vegetative”).

There’s an uneven, kitchen-sink quality to I Give It A Year. For every well-observed bit about how Nat can’t stand the way Josh asks her for a weather report rather than checking himself, there’s a crazy scene like the one where Guy tries to woo Nat with oysters, music, and live doves, the latter of which promptly fly into the rafters and start shitting on her.

The dove bit is actually funny. It’s as funny as the scene where Chloe gets stuck in a threesome and can’t figure out what to do, and the scene where Josh plays charades and ends up pointing frantically at his grandmother-in-law’s crotch while trying to get his partners to say “quim.” Mazer comes up with genuinely hysterical lines and scenes throughout I Give It A Year. (One of the best is when Nat despairs that she’ll “never see another penis again unless it’s a small child’s,” and Chloe cheerfully suggests, “Or you could get sexually assaulted!”) But the movie is undisciplined, hijacked for minutes at a time by Stephen Merchant as Josh’s insufferable best friend, Minnie Driver as Nat’s irritable sister, and half a dozen other minor characters. The result is that I Give It A Year feels like a series of uneven sketches, devoid of flow. The film’s posters tout it as “from the producers of Bridget Jones’s Diary and the writer of Borat,” and the end product is every bit as disjointed as that tagline implies.

GoWatchIt: Buy. Rent. Stream I Give It A Year