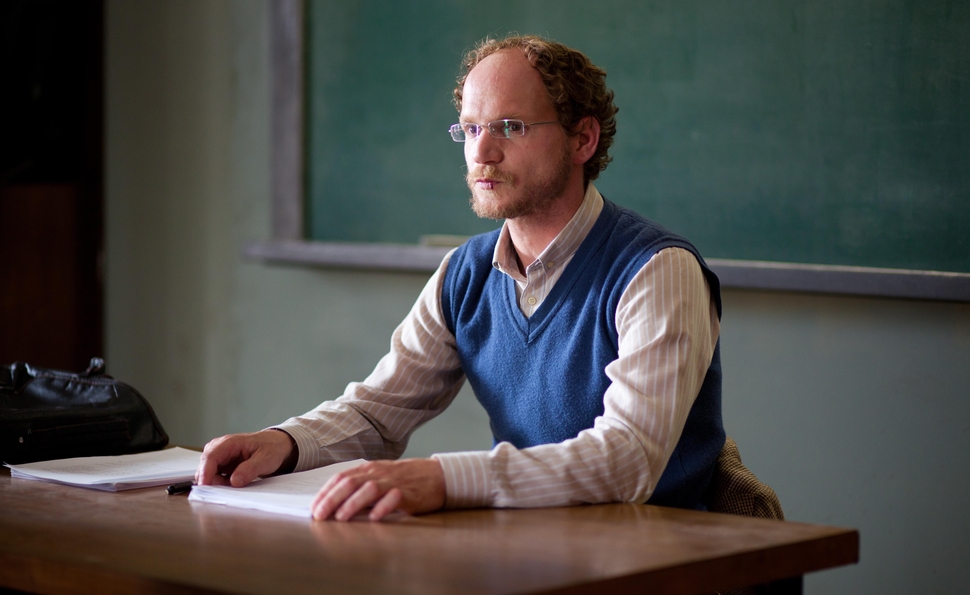 Arriving with the full-throated endorsement of Quentin Tarantino, who called it the best film of 2013, the nasty Israeli thriller Big Bad Wolves is a little like Reservoir Dogs if the entire movie were structured around the torture scene instead of the robbery. (Just replace “Stuck In The Middle With You” with Buddy Holly’s “Everyday,” and you’re partway there.) A gruesome child murder has led three men into a situation thick with desperation and a creeping nihilism, as the truth about what happened becomes obscured by the horrible methods used to expose it. Among other things, the writer-director team of Aharon Keshales and Navot Papushado are delving into the nature of torture itself and what it reveals about tortured and torturer alike, especially once it’s no longer clear whether it’s being used to get information, or merely as a punitive act. Whether they’re ultimately serious about the issue is another question.

One thing that’s indisputable about Big Bad Wolves: It’s a slick piece of genre craftsmanship, a stylish, drum-tight thriller that magnifies the ugly extremes of crime and retribution. From the slow-motion hide-and-seek game that opens the film with the child’s disappearance, Keshales and Papushado orchestrate suspense with a relentless, storyboarded flair. They also have no compunction about languishing in brutality and torture, or advancing a scenario about a serial killer who rapes and decapitates children. It’s a film about moral choices that is itself morally dubious, but it certainly crosses the line with conviction and brio.

The action commences with the terrible image of a young girl garishly displayed in a forest clearing, tied to a chair and decapitated. The police quickly settle on a chief suspect, a quiet, bespectacled schoolteacher named Dror (Rotem Keinan) who doesn’t seem to fit the profile. But in their bid for instant justice, the detectives on the case, led by the corner-cutting Micki (Lior Ashkenazi), try to beat a confession out of Dror, and video of the interrogation goes viral. With Dror set free and Micki demoted to traffic cop, the victim’s father, Gidi (Tzahi Grad) takes the initiative himself, dragging Dror to the basement of a remote cabin and convincing Micki to help him exact vigilante justice. But as Gidi’s methods grow more cruel and desperate, Micki’s allegiances start to shift.

Beautifully played by Ashkenazi, a veteran Israeli actor perhaps best known as co-lead in the brilliant 2001 drama Late Marriage, Micki may be the closest thing the film has to an audience surrogate—though between a potential child rapist/murderer and a boundlessly cruel captor hellbent on revenge, the choices are slim. Big Bad Wolves plays out this scenario with agonizing, white-knuckle tension, carefully toggling back and forth between implied violence and sickening explicitness. Keshales and Papushado have great filmmaking chops—as Israeli imports go, this is as far from the austere norm as it gets—but there’s a hollowness at the core of Big Bad Wolves, a creeping sense that they have no clear perspective on the mayhem they’re presenting. It’s as if they’ve combined all these combustible elements just to watch them go boom.