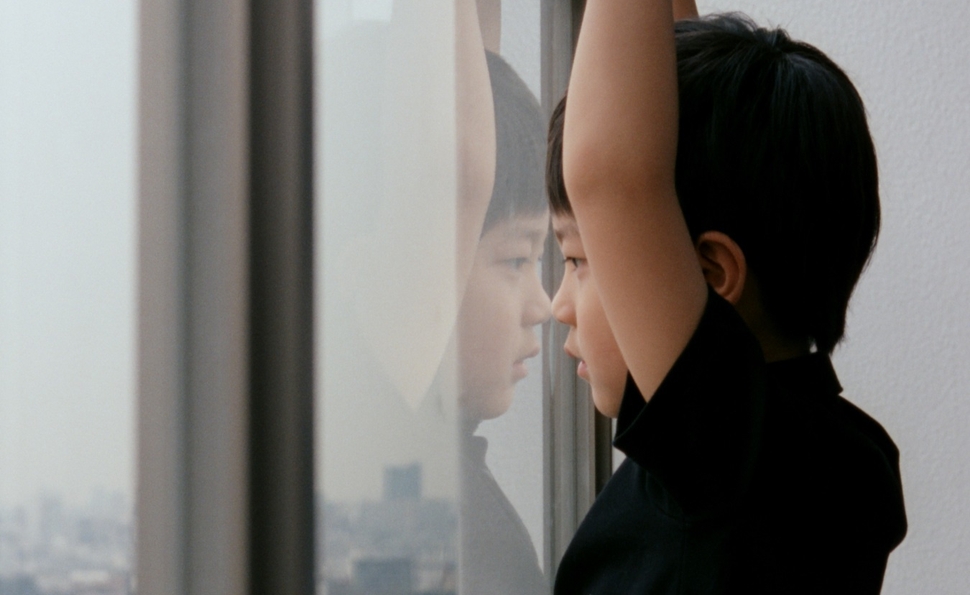 The premise of Hirokazu Kore-eda’s Like Father, Like Son is the stuff of old-fashioned, tearjerking melodrama, but because this is a Kore-eda film, the execution is anything but. Masaharu Fukuyama stars as Ryota Nonomiya, a harried big-city businessman whose life is upended when he learns that the boy he thought was his 6-year-old son was switched at birth with his actual son, who’s been living all these years with the family of a jovial slacker named Yukari Saiki (played by Yôko Maki). The stakes are established early in the movie: Ryota wants restitution from the hospital, and he wants his biological child back, but he’s unwilling to send the child he’s been raising to live with Yukari, who strikes Ryota as irresponsible and lacking in means. The stage is set for an emotional legal battle, playing on the tenacious bonds between parents and children. But Kore-eda quickly changes direction, choosing to focus on the question of what makes a man a good father.

As is often the case with Kore-eda’s films, that larger theme emerges gradually, and mostly via low-key, slice-of-life scenes that initially seem too aimless, but make more sense once it’s clearer where Like Father, Like Son is going. The movie opens with Ryota and his wife Midori (Machiko Ono) sitting with their son Keita at a school admissions interview, and listening to him talk about camping and kite-flying with his dad. On the way out, Ryota wonders why Keita lied about the two of them going camping together—something they’ve never done—and hears that Keita’s “cram school” advised him to make up the anecdote. It’s a fleeting moment, not given any more or less weight than any other in Like Father, Like Son. But it proves significant as the story unfolds. When Ryota meets Yukari, the other dad comes across as a moocher, with too big a family living in too small a house. But at least none of Yukari’s kids have to invent warm memories of parental bonding.

Like Father, Like Son tackles such a loaded topic that Kore-eda can’t wholly avoid contrivance. Scattered scenes throughout the film hammer too hard, like when Ryota confronts the nurse who “destroyed” his family, and her pre-teen son gets in his face, demonstrating the kind of filial protectiveness that Ryota knows he could never expect from Keita. Also, though the title is Like Father, Like Son, the few poignant scenes of Midori struggling with how to be a mother to a boy she didn’t raise shows a different, potentially fruitful direction that Kore-eda could’ve taken, dealing with all four of the parents’ feelings about the baby-switch.  Similarly, Like Father, Like Son largely shortchanges Yukari, who’s depicted as a low-bred man-child who may be biologically predisposed to goofing off.

Then again, Yukari’s (theoretically) innate laziness serves a function, speaking to the nature-vs.-nurture question, and whether children are better off with a certain kind of father, or whether they’re just going to be who they’re going to be, thanks to genetics. What makes Like Father, Like Son so quietly powerful is that for the most part, it doesn’t traffic in stereotypes. Ryota isn’t an egregiously bad dad; he’s just preoccupied by his job, and emotionally distant due to his own complicated upbringing. He’s convinced himself that although he doesn’t play with his son much, that’s always been for his son’s own good, meant to teach the kid to be independent. That’s an excuse just about any parent can relate to, and one Kore-eda depicts not an accusatory way, but in a way that’s meant to be reflective, and just a little unsettling. This has always been Kore-eda’s gift: to push gently and organically toward a deeper emotional response, rather than pushing the audience’s most obvious buttons.