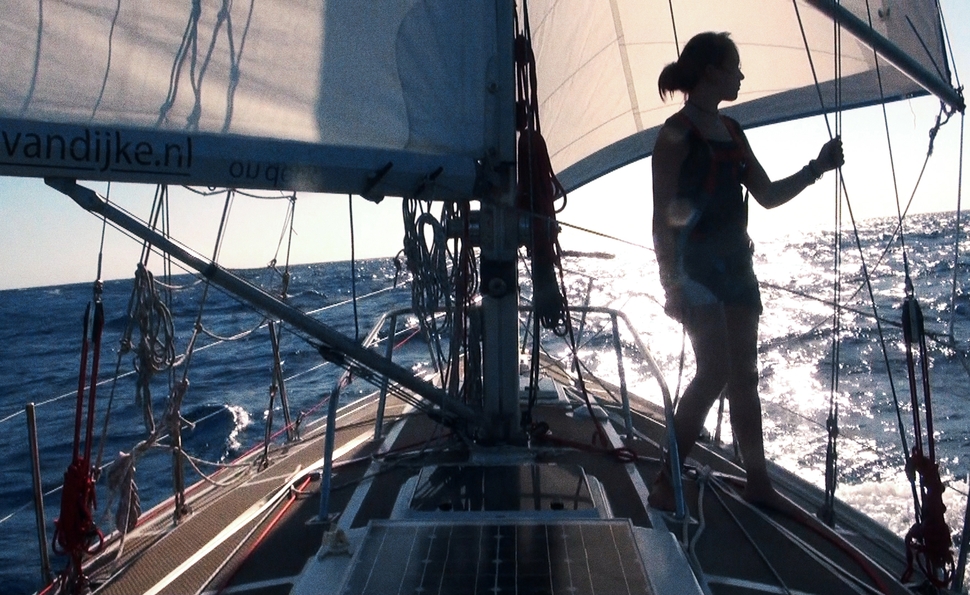 On August 21, 2010, 14-year-old Laura Dekker left the port of Gibraltar, on the tip of the Iberian Peninsula, and embarked on a bid to become the youngest sailor ever to circumnavigate the globe alone. As just one indicator of the controversy that surrounded her mission, she had to depart from Gibraltar instead of Lisbon in neighboring Portugal because the law forbids a person that young from captaining a ship. Dekker’s adventure also followed a legal and media brouhaha back in her native Holland, where the government actually threatened to take custody away from her father for allowing his daughter to try something so dangerous and irresponsible. Between the threat of powerful storms and hull-shredding reefs, the presence of pirates on certain routes, and the sheer psychological toll of spending so many days alone at sea, it seemed to some critics like a reckless stunt borne of arrogance and hubris. The courts ruled in the Dekkers’ favor.

Jillian Schlesinger’s Maidentrip, a documentary made in close collaboration with Dekker herself, brings in the court case and Dekker’s family history for context, but the film is as anxious as she was to hit the high seas. The fact that Dekker was shooting for a record gives the story a peg, but it’s also revealed as a red herring—or at least low on her list of reasons for making the attempt. She was more interested in escaping the strictures of life in Holland—and of being a typically awkward teenager, too—and having the freedom to strike out on her own and see the world, which is a much more inspiring goal. Though she spent weeks in isolation, traversing thousands of miles across the Atlantic, Pacific, and Indian Oceans, hers wasn’t a nonstop voyage. She took her time, stopping in exotic locales like the Galapagos Islands and French Polynesia, and was 16 years old when she returned.

Schlesinger builds much of Maidentrip around footage that Dekker herself recorded along the way, and she’s fortunate her subject has a teenager’s adeptness at self-documentation. With no human companion—Dekker had no support boats following her—the camera becomes a little like the volleyball in Castaway, an inanimate friend to whom she can confide. What it reveals is the true heart of a sailor, someone who’s reserved and resourceful, who doesn’t mind being alone, and who has an adventurous spirit, tied both to a yearning for freedom and a desire to explore new cultures and landscapes. For someone in early-to-mid-adolescence, Dekker comes across as remarkably self-possessed, without a teenager’s typical insecurities or need for approval from her peers. It’s understandable that the Dutch government found the prospect of a 14-year-old circumnavigating the globe on her own alarming, but this 14-year-old is not only precocious, but emotionally developed beyond her age.

Some patches of Maidentrip feel too much like reality television, with video confessionals and mini-subplots that aren’t adequately fleshed out. That may be a result of Schlesinger working with limited materials—after all, Dekker had other things to do besides filming herself—but the film is best when it’s more spontaneous, as when Dekker celebrates reaching the Equator as if it were a New Year’s Eve countdown, or when she confidently barrels through a treacherous storm. Pockets of despair set in, especially when the absence of wind has her drifting listlessly for days on the Indian Ocean, but they’re dispelled quickly. Dekker knows who she is, what she wants to do, and how to get it done, and Maidentrip wisely sails off the tailwinds of her confidence and boundless curiosity.