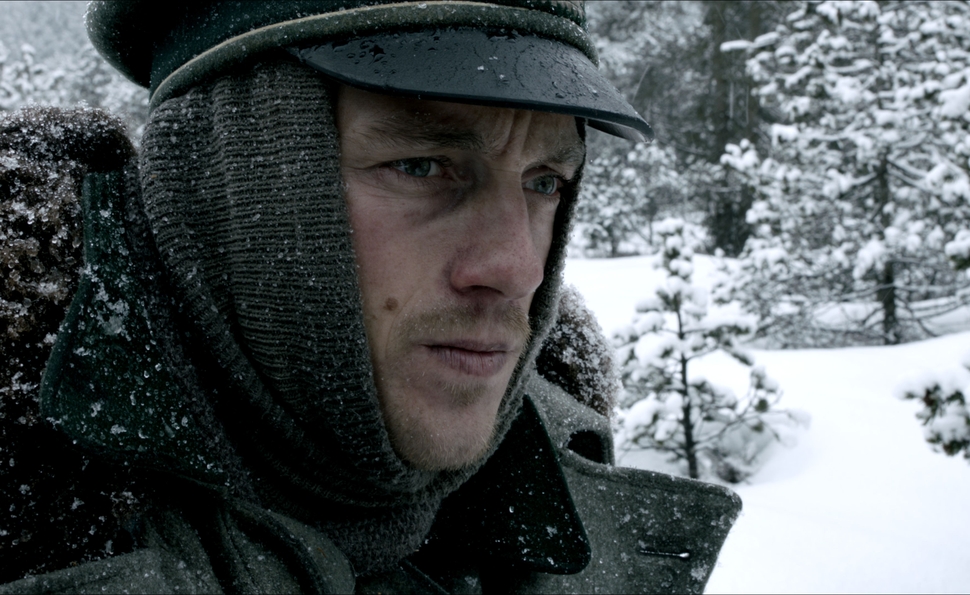 Jerry Seinfeld once said fans of team sports don’t really root for athletes, they root for the uniform—“for laundry.” That’s also true in politics, where party-liners back their side and refute the other, even as both sides’ positions keep changing. And it’s especially true in times of war, when citizens are urged to show unity, lest they aid the enemy. The three-part, four-and-a-half-hour German TV miniseries Our Mothers, Our Fathers—being released stateside, unexpurgated, as the two-part movie Generation War—could be criticized as an apologia for the Nazis, because it’s expressly about the way war pulls ordinary people into a dismal soup of amorality. The film follows five young German friends from 1941 to 1945, from their last moment of real optimism through a series of hard choices that make them both directly and indirectly complicit with war crimes and genocide—choices where their conscience is either set aside completely, or only serves to make a bad situation worse. The arc of the movie bends toward understanding, if not forgiveness. The point seems to be that what happens to these characters could’ve happened to anyone who was born in the wrong place at the wrong time.

Writer Stefan Kolditz sets Generation War across Eastern Europe, using his protagonists’ changing circumstances to jump from place to place and keep the story moving in multiple directions at once. Volker Bruch and Tom Schilling play Wilhelm and Friedhelm Winter, brothers from a respected family, who enter the army and deploy to the Russian front in early 1941, certain the might of the German military will lead to “final victory” by Christmas. Instead, the fiercely patriotic Wilhelm—an officer—loses faith in his comrades and superiors as he sees them consistently violating the protocols of the Geneva Convention, while the timid, sweet-natured Friedhelm becomes increasingly battle-hardened as he fights in the trenches. Meanwhile, Charlotte (played by Miriam Stein) decides the best way to express her secret love for Wilhelm is to sign on as a nurse, though she finds she rarely sees either Winter on the front, but instead sees a steady stream of mutilated soldiers and duplicitous commanders wearing down her romantic notions of manhood. And back in Berlin, rising singing star Greta (Katharina Schüttler) and Jewish tailor Viktor (Ludwig Trepte) do their best to carry on an affair, until Greta falls under the thrall of a married SS officer who promises to advance her career, and Viktor ends up avoiding the concentration camps by hiding his ethnicity and taking up with the Polish resistance.

There’s a telegraphed, brutish quality to the first hour of Generation War that works against its positioning as sophisticated, quality television. Kolditz traffics in familiar ironies and stock situations, with the characters mouthing blandly positive, “Everything’s going to be okay” platitudes that the viewers know to be naïve. At times, it seems like Kolditz is going down a checklist of war-movie clichés: A soldier steps on a land mine, a nurse flees the operating room during her first surgery, etc. Generation War is an impressively huge production that took years to complete, with big battle scenes and and elaborate sets that re-create the look of war-torn Europe. But director Philipp Kadelbach doesn’t show much imagination in the staging, instead just letting handheld cameras bring a little docu-realism to doggedly conventional shot selection. And the characters are deployed like dominoes, set up just so Kolditz and Kadelbach can knock them down.

But one advantage that a four-hour-plus movie or TV show has over a regular-sized feature is that a gifted storyteller—and Kolditz is certainly that—can string together enough juicy moments that the audience is anxious to see what’s going to happen next to these people, no matter how two-dimensional they are. Generation War never becomes great, but it overcomes its stiff start in large part due to its scope. The heroes follow a predictable path to disillusionment, but there’s still some satisfaction in the way Kolditz connects the dots: by having Greta tour the front and see what her friends have been dealing with, by having the virginal Charlotte realize it’s pointless to keep saving herself for marriage, by showing Viktor dodging anti-Semitism even in the ranks of the good guys, and by showing Wilhelm and Friedhelm effectively swapping personalities.

There’s a strong narrative pull to Generation War as it moves from one crisis to another. And many of those crises are genuinely exciting and suspenseful, such as when Viktor escapes a moving train headed to Auschwitz by dropping through a hole in the floor, or when Charlotte reconnects with a Jewish doctor whose identity she’d previously exposed. Generation War is more a rip-roaring pulp saga rooted in history than it is a pointed historical critique or a defense of the indefensible. But it does have a sense of right and wrong, and a sense of how difficult it is for people to separate the two when they’re standing alongside people wearing one set of clothes, and being shot at by people wearing another.