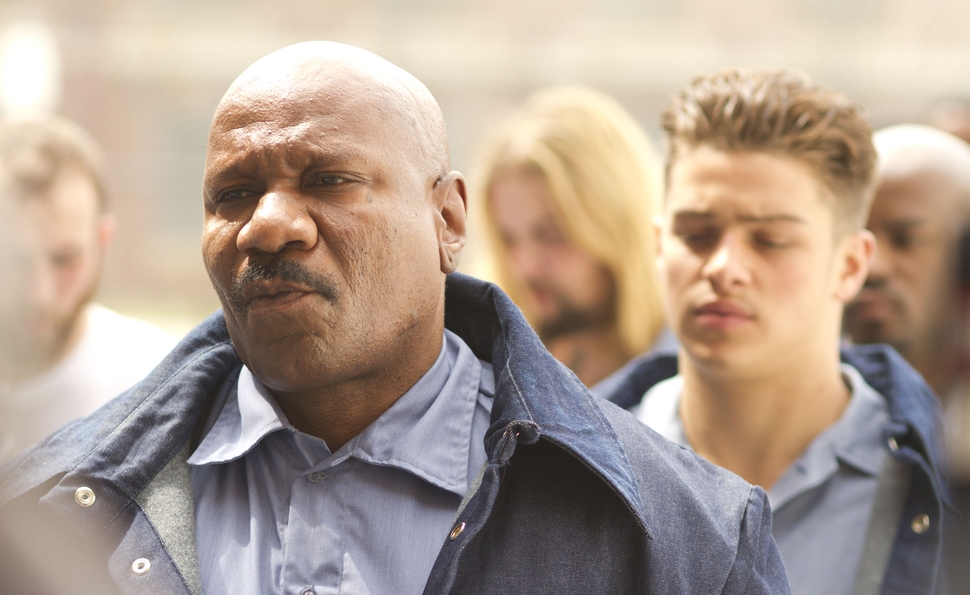 When a movie is based on a true story, that story really ought to be exceptional in some way. No doubt James Burns, whose wayward youth provides the material for Jamesy Boy, would argue that he’s very much an exception to the rule; the film’s closing title card even explains that Burns, who transformed himself from a drug-dealing juvie into a college-educated poet, “defies the statistics of institutionalized and troubled youth.” The specific means by which he turned his life around, however, could scarcely be more generic; it follows the trajectory of pretty much every convict-made-good picture in cinema history. Jamesy Boy has its heart in the right place, and first-time director Trevor White shows some skill with actors, but the film lacks a compelling reason to exist, except perhaps as a public-service announcement.

Early on, James’ mother (Mary-Louise Parker, in a thankless role) fights in vain to get the 14-year-old (newcomer Spencer Lofranco) accepted by a public high school, which wants no part of him due to his previous record of robbery, vandalism, and assault. Frustrated by the system’s dismissal of his potential, James decides to live down to society’s expectations, becoming a runner for a local dealer (Michael Trotter) and quickly proving his worth by rescuing the boss from a shakedown gone wrong. These activities eventually land him in prison, and the movie is structured along parallel tracks, cutting back and forth between James’ misguided adventures on the outside and his gradual efforts to become a better person inside. The latter requires philosophical support from the hardest con around (Ving Rhames), especially since the typically sadistic chief screw (a slumming James Woods) has it in for Jamesy Boy.

Why White, who co-wrote the screenplay with Lane Shadgett, chose to structure the movie in this way is a mystery; the present and the past never inform each other, and the leaps back and forth in time feel arbitrary. Even in strict chronological order, though, Jamesy Boy would be a tepid affair. Lofranco slightly resembles the young Leonardo DiCaprio, but has little of his live-wire energy; he never makes James seem remotely distinctive enough to merit a big-screen biography. Taissa Farmiga (The Bling Ring) turns in another strong performance as the nice girl James falls for, and the stars in supporting roles do their best with the material. (Poor Ving Rhames has to embody a bookish badass who constantly dreams of Rio de Janeiro.) But the movie never kicks into high gear, and it ambles amiably along to its foregone conclusion. It’s ultimately little more than the story of a hot-tempered young man who made a lot of bad choices, didn’t like where they got him, and finally started making some better ones. While that’s admirable, it isn’t inherently compelling; Jamesy Boy invites applause, but never provides much reason to care.