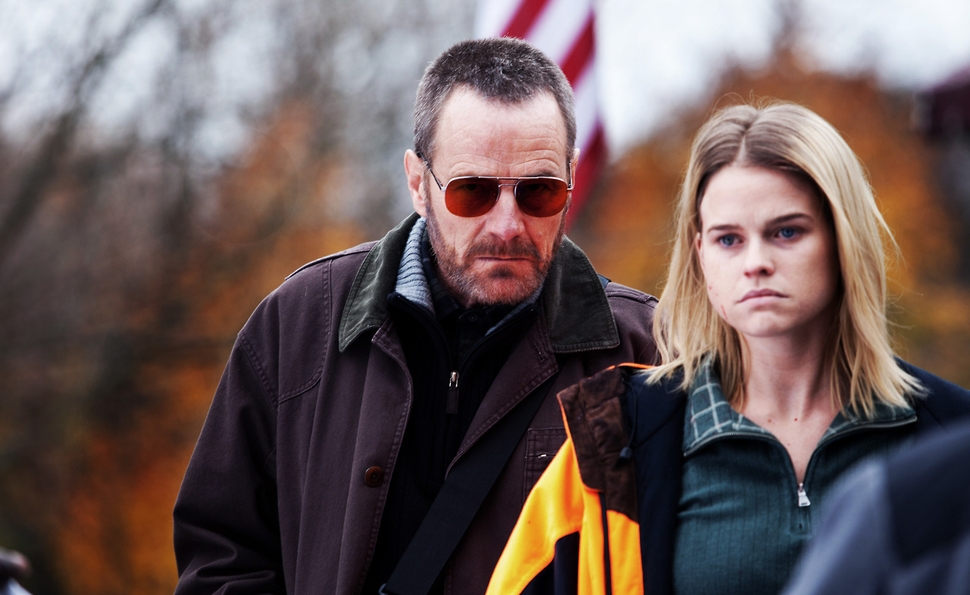 Having created one of the most indelible characters in television history, winning three Emmy awards in the process, Bryan Cranston has earned the right to coast by appearing as the heavy in mediocre thrillers. Yay? Cold Comes The Night, which takes an early lead for the year’s most pretentious title, offers little more than the odd spectacle of seeing Cranston attempt a thick accent—Polish, according to some sources, though he sounds much more Russian, and the movie never specifies the character’s nationality. His considerable gifts are otherwise utterly squandered in this generic trifle, as is a premise that, while not blazingly original, might have been at least a little diverting had even an ounce of ingenuity been applied.

In order to raise the stakes, as screenwriting classes and manuals all advise, the film opens with motel manager and single mom Chloe (Alice Eve) being told by a social worker that her young daughter, Sophia (Ursula Parker), will be placed in foster care unless they’ve moved to a more suitable home in two weeks’ time. As that door threatens to close, a window of opportunity opens in the form of cash mule Topo (Cranston), who stops with his driver (Leo Fitzpatrick) to rest at Chloe’s motel en route to a delivery. When the driver winds up in an altercation with a hooker that leaves them both dead, Topo, who’s going blind, has to rely on Chloe to serve as his eyes, so he holds her and Sophia hostage as he attempts to recover the money from his impounded jeep. A corrupt cop named Billy (Logan Marshall-Green) has already found the hidden stash, however, leaving Chloe, who has a history with Billy, to negotiate a deal that might not just save her and Sophia, but also earn her half of those fat stacks of Ben Franklins.

As Walter White, Cranston proved he possesses more menacing charisma than anyone would have previously imagined, but that doesn’t mean he can fill a complete vacuum with his penetrating stare. Apart from the accent, plus dialogue that eschews articles (“I am friend of your mother’s”), he’s given absolutely nothing to play, forcing him to fall back on rote Heisenberg mannerisms that mean little divorced from that specific context. He’s gruff and taciturn, and that’s about it. Nor is Topo’s failing eyesight ever a major factor in the plotting: At no point does Chloe, or anybody else, take advantage of his disability, which seems to exist solely as an excuse to thrust these two dull characters together. Director and co-screenwriter Tze Chun, whose first feature was the fairly well-regarded Sundance drama Children Of Invention (about a couple of abandoned Chinese kids), has so little sense of how to shoot an action scene that his big setpiece depicts a gunfight in a vehicle as seen from outside, with the car rocking wildly back and forth to suggest brutal activity within. (It looks more like the bad guys are all having sex.) Even Robert De Niro would likely have given Cold Comes The Night a pass; it’s awfully early for Cranston to head down this road.