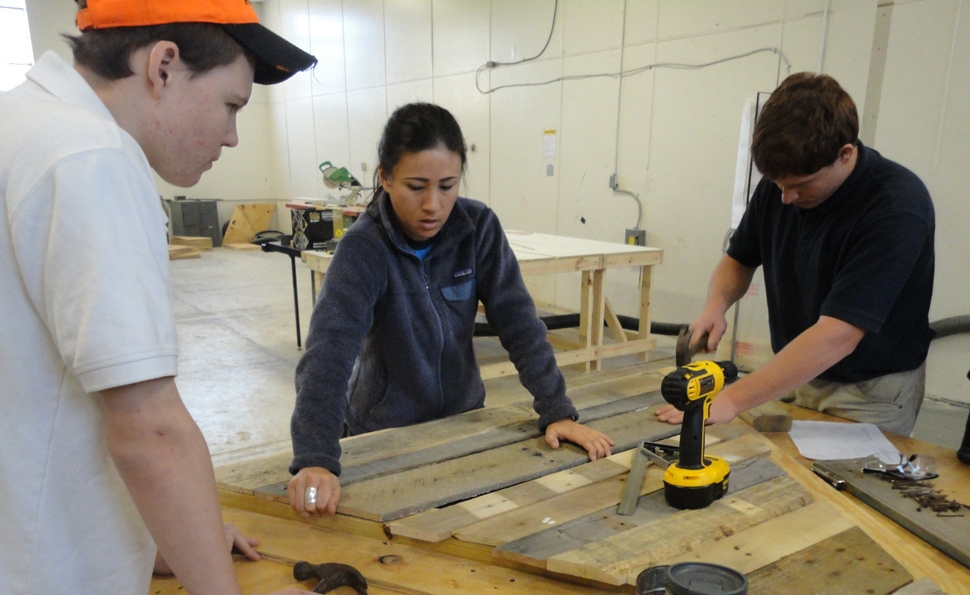 If You Build It

A touching but inconclusive portrait of selfless activism in the name of education, If You Build It follows architects Emily Pilloton and Matt Miller as they try to help revitalize the failing school system of Bertie County, North Carolina. Their plan, enacted from 2011 to 2012, involved the development of a high-school course dubbed Project H, in which they led a group of 10 students in the design and creation of three separate projects that were intimately tied to their community, and which aimed to inspire them—and foster a greater love of learning—in the years to come.

Patrick Creadon’s documentary details Pilloton and Miller’s noble efforts with a keen eye, laying out their goals while also focusing on the kids involved in the class, a motley crew growing up in a town that’s crumbling all around them, with its main streets defined by abandoned businesses, and its schools (such as a newly revitalized elementary school) dilapidated to the point of uselessness. A farming community suffering from a “brain drain” in which anyone capable of escaping does so right after graduation, Bertie County is depicted as an area barely able to stave off fatal collapse, so Pilloton and Miller’s endeavor is presented as a means of rejuvenating the county’s fortunes by tapping into the youthful ingenuity wasted by a school system that largely has kids take courses, including physical education, on separate classroom computers.

The three projects Pilloton and Miller give the kids involve the creation of game boards, chicken coops, and a new farmers’ market. That final undertaking is not only the most ambitious, but also the one that most inherently links the kids’ toil to community revitalization, a bond that’s furthered by one young farmer’s idea to model the market’s design after horse stables. If You Build It captures the kids’ dawning interest in their work with a clear-sightedness that’s rarely intrusive, and empathetically engaged with their intellectual and emotional maturation.

Unfortunately, as with so many social-survey documentaries, the film’s macro view comes at the expense of any microcosmic depth. While a general sense of the various students’ personalities is imparted, almost no time is spent on their respective backstories. Other than Stevie Mizelle—the aforementioned farmer, who readily admits to being an archaic “ol’ fashioned boy” more comfortable with cows than textbooks—little information is provided about any of the teens’ family lives or personal and professional dreams.

That shortcoming isn’t fatal, but it leaves If You Build It feeling more slight than it might have been. That’s eventually also true of the film’s argument for out-of-the-box educational methods. While Pilloton and Miller’s project is a stirring attempt to connect with, and motivate, kids who are otherwise increasingly disinterested in education, the tangible long-term benefits of Project H, and the way it might stimulate interest and performance in other vital educational subjects, is left unaddressed, rendering its case study more of a heartening anecdote than a potential template for the future.

GoWatchIt: Buy. Rent. Stream If You Build It