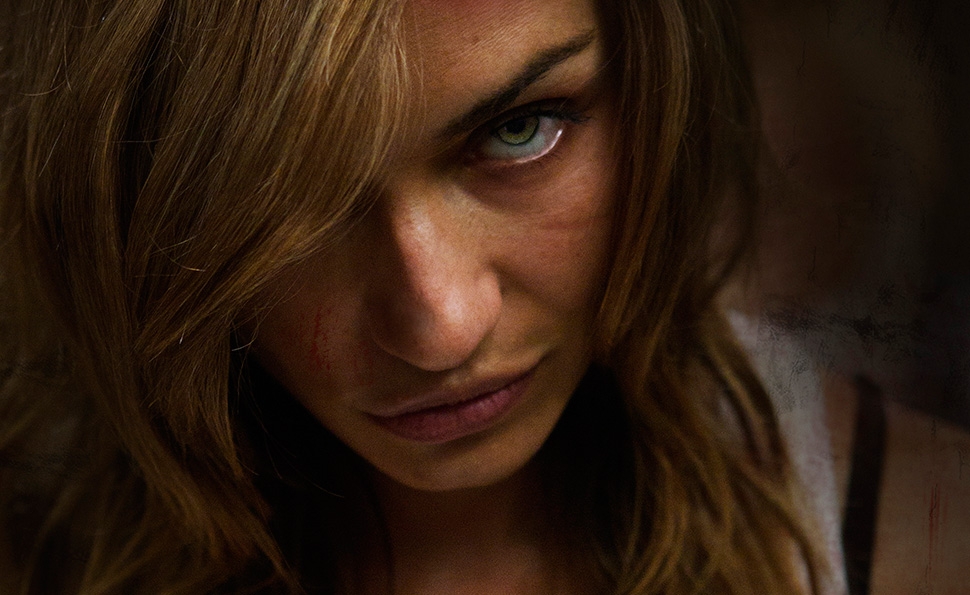 The prerequisites for a Roger Corman-style women-in-prison picture are few: beautiful women who develop intense bonds or fierce rivalries (both equally sexy), a sadistic warden, a shower scene (and/or a firehose spray), some lesbian pawing, a few catfights, and a breakout. Within those parameters, directors like Jonathan Demme (Caged Heat) and Jack Hill (The Big Doll House) created art—or at least superior exploitation—but more basically, the Corman model was about edifying a male audience with the soft appeals of fantasy and pleasure. Whatever prurient spell these movies cast, however, are diminished when the genre crosses into sadism and brutality, and much more unsavory fantasies are being satisfied. The barely defensible becomes indefensible.

A cult-ready throwback to women-in-prison pictures, Josh Waller’s Raze offers Zoë Bell, the Kiwi stuntwoman who went from double to star in Quentin Tarantino’s Death Proof, as one of 50 captive women forced into bloody combat. Set in one of those dimly lit torture pits out of Saw, Hostel, and their ilk, Raze couldn’t be further removed in look or tone from the florid Philippine jungles where Corman’s women battled among the revolutionaries. Raze is a sexless, joyless, lifeless dirge, offering only the spectacle of Bell and many less-convincing fighters pummeling each other to death. Waller and screenwriter Robert Beaucage offer an empowerment fantasy by way of relentless brutality, and the effect is neither rousing nor arousing.

Bell stars as Sabrina, a brawler coerced into fighting other innocent women to the death in a tournament run by a pair of wealthy sadists, played by reedy science-fiction staple Doug Jones and former Twin Peaks femme fatale Sherilyn Fenn. Sabrina has been chosen, along with 50 other experienced fighters, to compete in a tournament where they have to beat each other to death in order to advance. If they refuse to fight—or if they lose—their loved ones will die along with them, so they reluctantly put their kickboxing skills to the test. Sabrina and a few of the others develop some camaraderie, but it’s all pretext to a big showdown between Sabrina and Phoebe (Rebecca Marshall), the only one among them who relishes the opportunity to kill. 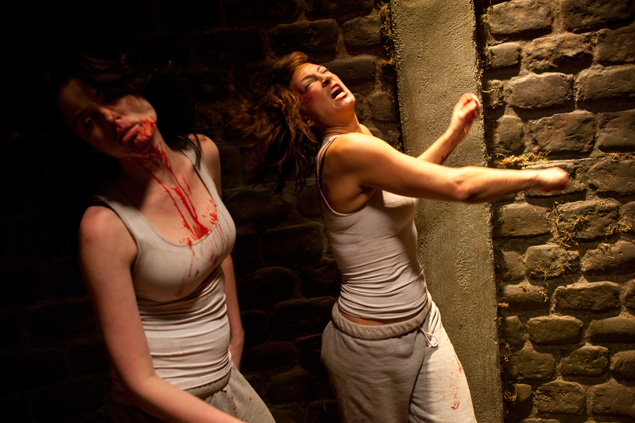 Beaucage’s script sketches in some backstory for a few of the women and lays the groundwork for a twist ending, but the biggest problem with Raze is that the action varies so little. The initial shock of Sabrina kneeling over her first opponent, pounding her face into mush, is diminished by fight after fight with the same finishing move. Some fights pit allies against each other, other adversaries, but all to the same mandated end, and there’s nothing the poorly sketched characters, stock villains, or colorless dungeon setting can do to give it any life. The tease of 50 gorgeous women fighting to the death has a classic grindhouse appeal, but Raze is strictly a “be careful what you wish for” proposition.