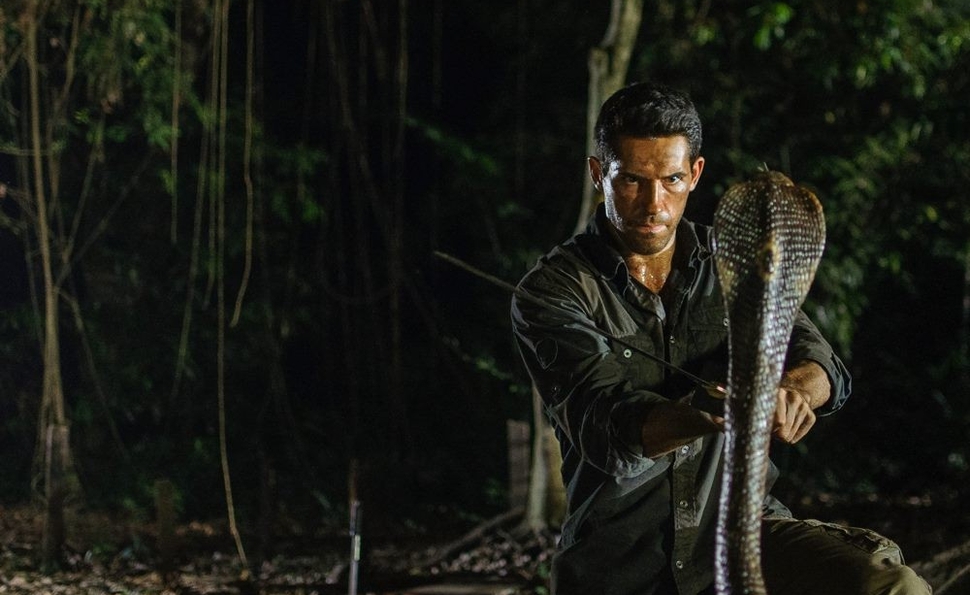 Ninja II: Shadow Of A Tear

The students of Ninja II: Shadow Of A Tear’s martial-arts dojo vow to “thrive in the shadows” while their enemies “die in the sunlight.” It’s an inversion of everything that makes this direct-to-video fight-film great: While the art of Hollywood action withers away under the burden of too much editing, too many special effects, and too little clarity, Shadow makes an urgent, compelling case for the importance of bright, clear, fluid battles. This movie has everything modern blockbuster spectacles lack: precision, grace, intimacy, stakes, and genuine, gritty excitement.

Theoretically, the film (listed as Ninja 2 on streaming services, and just Ninja: Shadow Of A Tear in its own credits) is a sequel to 2009’s Ninja, from the same team of director Isaac Florentine and star Scott Adkins, but it’s closer to an apologetic mulligan. The original film was a cartoonish chase picture, with Adkins’ Casey Bowman on an international quest to protect a chest of ancient weapons from an evil ninja. The sequel jettisons the lighter tone in favor of a bleaker, sadder (and mostly totally unrelated) story of revenge. This time, Casey has settled down in Japan with Namiko (Mika Hijii, the only other returning cast member), the daughter of his former master. After she’s brutally assaulted, Casey swears to bring her attacker to justice, and follows the trail from Thailand to the jungles of Myanmar, where an old friend and fellow sensei (Kane Kosugi) helps him suss out a drug dealer (Shun Sugata) with an old grudge as the prime suspect.

The plot—Death Wish by way of the old 1980s Ninja movies starring Kosugi’s father Shô—isn’t nearly as impressive as Adkins’ physics-defying spin kicks, but it provides at least a few pleasantly surprising twists and a thoroughly acceptable platform for the film’s real star: the fight scenes. As with Gene Kelly dance movies, the emphasis here is squarely on awesome displays of athletic prowess, captured in wide shots and long takes for maximum coherence and badassitude. Florentine, a martial artist himself, has a rare understanding and reverence for the form, and he shoots the fisticuffs as both expert and fun, adhering to the fundamentals of good fight editing and camerawork even as he pushes the envelope with longer takes and more intricate choreography. Highlights include a drunken bar brawl, a high-on-crack back-alley mêlée, and a particularly impressive rumble filmed in a single, sprawling handheld shot through a Japanese dojo.

The frequently shirtless, perpetually unshaven Adkins isn’t called upon to do much acting, but he broods and glowers effectively and lands his few memorable lines. (“The man who seeks revenge should dig two graves,” Kosugi warns. “They’re gonna need a lot more than that,” Adkins hisses back.) Beyond his impressive physical skills, what he really brings to Shadow is his commitment to the authenticity of the action: At every moment of every single scene, it’s perfectly clear that it’s him leaping away from a grenade or slamming a dude through a wall, even when it could just as easily be a stunt double. Ninja II: Shadow Of A Tear is occasionally silly (and has an incredibly silly title), but it reaps huge dividends by taking the craft of the martial-arts movie seriously.

The Blu-ray’s trio of supplements are really a single extra, plus the raw footage that went into it; the “Cast And Crew Interviews” and “Behind The Scenes Footage” are essentially the uncut sound bytes and B-roll used to make the seven-minute “Featurette” on the making of Shadow Of A Tear. The BTS stuff is a dry five minutes of backstage clips, but at least it does prove conclusively that no wires or special effects were used in the martial-arts scenes. The interviews include Adkins expressing his belief that “the fight sequence is the purest form of cinema.” When he and Florentine get together on the right project, he isn’t far off.