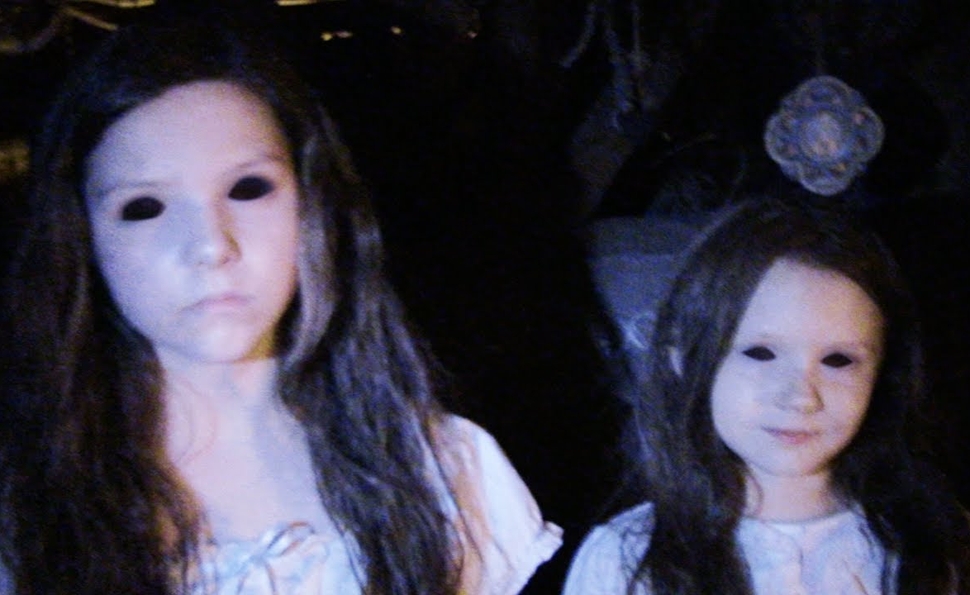 Paranormal Activity: The Marked Ones

Back in 2007, Paranormal Activity seemed like a happy anomaly, the rare case where a major studio, Paramount, showed some flexible thinking and turned a two-cent production into a viral cash cow. Through a little marketing jujitsu, this effective surveillance-cam haunted-house movie finally hit the Blair Witch Project paydirt that eluded imitators for the better part of a decade. Three sequels later, however, the Paranormal Activity franchise had revealed itself as the rule, not the exception: It’s as endemic of Hollywood’s resistance to change as summer’s Marvel mega-products. The mythology has expanded, growing more unwieldy with each successive entry, but the found-footage spooks have remained more or less the same. At this point, a minor innovation, like attaching a mini-cam to a rotating fan in Paranormal Activity 3, is as astonishing as “Garbo talks!”

Paranormal Activity: The Marked Ones finds Paramount putting the marketing cart before the aesthetic horse. After research apparently told the studio’s flacks that a) Latinos exist and b) they appear to enjoy horror movies, executives gave the green light to a spinoff—or is it a side-sequel?—aimed at a niche audience, while planning a proper fourth sequel for a second cash-in later in 2014. Cynical motivations aside, The Marked Ones does offer an opportunity for writer-director Christopher Landon to shake off the byzantine Paranormal Activity plotting and innovate a little—or perhaps just get back to basics again. Landon happens to be responsible for that plotting, having scripted all three sequels, but he does enough tweaking to make the film stand out from the series while still being part of it. This is a minor victory.

Abandoning the “Night 1,” “Night 12,” “Night 20” progression altogether, The Marked Ones mingles the single-cam Blair Witch model with elements from Chronicle and demonic-possession thrillers. The first refreshing change is the downscale setting, which shifts from upper-middle-class two-stories to a grungy Oxnard apartment building. Entering a typically boring summer after high-school graduation, Jesse (Andrew Jacobs) and his best friend Hector (Jorge Diaz) play around with Hector’s new video camera, eventually focusing on the creepy shut-in on the floor below. After their neighbor is murdered, with the school’s squeaky-clean valedictorian as the chief suspect, Jesse and Hector delve deeper into the victim’s ties to witchcraft. When a circular mark appears on Jesse’s arm, he gets cool new powers, like super-strength and the ability to levitate—to say nothing of a classic Simon memory game that starts acting like a Ouija board. But inevitably, Jesse’s wizardry starts to get away from him.

Short of a cameo appearance by a chupacabra, The Marked Ones offers every Latino stereotype Landon can brainstorm: tequila shots, a chihuahua, a salt-of-the-earth Catholic grandmother, an armed-to-the-teeth Latino street gang. Still, the film’s first third is much livelier than the mundane diddling that hampers most found-footage horror, including the other Paranormal Activity movies. Jacobs and Diaz have a fun rapport together, and the liberated, first-person camera gives them more things to do. For a while, The Marked Ones is like a supernatural Hardy Boys mystery, about a couple of amateur sleuths finding something to do during a slow summer.

Once the activity starts to become paranormal, however, The Marked Ones starts looking more and more like every other found-footage horror film, moving literally toward a familiar destination. The shocks are no less effective than the ones in the other Paranormal Activity movies, but no more original, either, with only the whipping of a handheld camera to set it apart from the offscreen gamesmanship that’s long been the series’ stock in trade. As Landon puzzles out ways to connect The Marked Ones to the mothership, it’s a reminder that something new is really just more of the same.