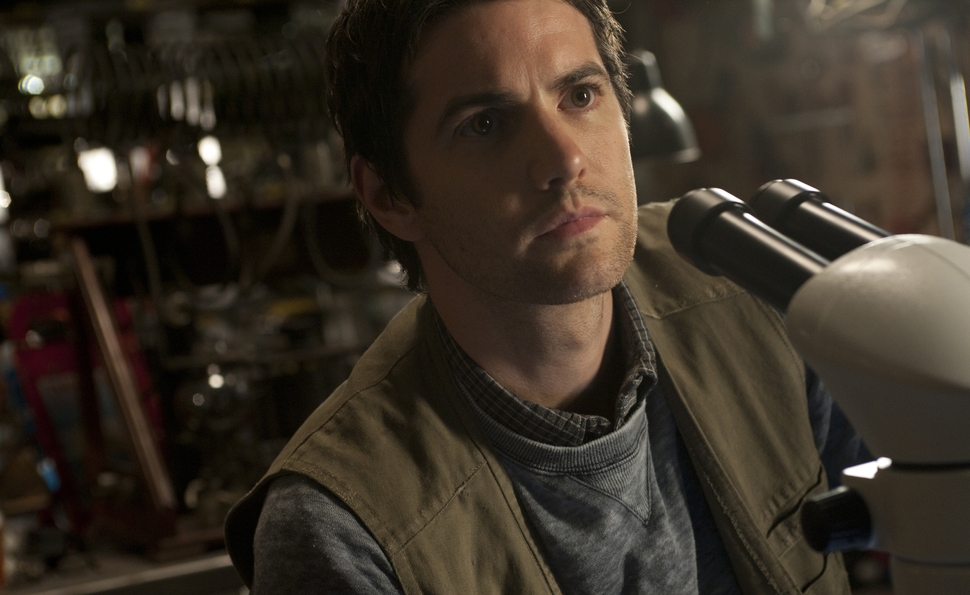 It helps that Geoffrey Rush anchors every scene of the film as a prick worth believing in—and as an unlikely romantic hero. Rush plays art auctioneer Virgil Oldman, renowned for his appraisal skills and ability to spot forgeries. But Oldman also engages in his own deception, conspiring with a friend (Donald Sutherland) to procure the most obscure and valuable paintings for his private collection. When Virgil admires walls filled with these portraits in a secret room in his apartment, a satisfied grin on his face, a dark and selfish breed of Zen fills the air.

The hook of the film, revealed gradually in a showcase of old-school tension, comes as Virgil is hired to valuate the contents of a creepy mansion. Its sole occupant, the beautiful agoraphobic Claire (Sylvia Hoeks), is terrified to leave the confines of her home, and won’t even show her face at first. This is certainly a rare find for Virgil: a woman too frightened of the outside world to share her beauty with anyone but him. She seems to be commissioned just for the sort of man who enjoys keeping gorgeous artwork locked away from public view.

Claire’s mysterious condition, and the particulars of Virgil’s growing bond with her, carry shades of Vertigo-style obsession and even a bit of Spike Jonze’s Her in the length of time she spends as a disembodied voice. Tornatore drinks in the strangeness of his setup, playing tricks with keyholes, statues, and the house’s foreboding architecture. Complicating matters are a playboy mechanic (Jim Sturgess) and a 19th-century automaton straight out of Hugo. The automaton is the more engaging onscreen presence, though in Sturgess’ defense, it can’t be easy to upstage those things.

Tornatore will forever be best known for 1989’s Cinema Paradiso, the luminous romance of old-timey picture houses in postwar Italy. He has been pegged as a forefather of nostalgia cinema, films that come pre-aged and marinate in their audience’s collective memory. In this context, The Best Offer is a departure for him. It feels classical in style, yet it’s deeply cynical of people who devote their lives to valuable relics from the past: Virgil’s surname is a cruel jest, reducing his life and experience to the point of his age and fallibility. The film is a departure of a different sort for legendary composer Ennio Morricone, who lays the strings on heavy for an uncharacteristically bland score.

For the past decade, Rush has mostly been playing pirates and kooky folks who might as well be pirates, like the therapist in The King’s Speech. But The Best Offer provides a lead role that the Australian actor can truly sink his jowls into. Virgil uses sarcasm and a professional veneer to keep his distance from people (he always wears gloves because he hates to be touched), and Rush gives every withering line-delivery a growling gusto, while letting some tenderness seep through. Rush’s strength as an actor helps during some of the film’s less plausible turns. But even when Tornatore is faking his mystery, the film is still good enough for an exhibition.